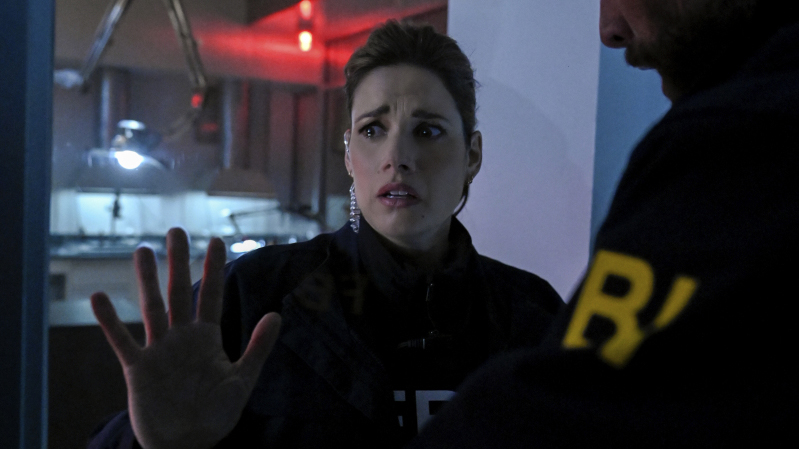 CBS‘ FBI is saying goodbye to Missy Peregrym‘s character Special Agent Maggie Bell, at least for now, as the actress goes on maternity leave. Peregrym and her husband Tom Oakley are expecting their second child.

“Tonight is my last episode of the season – you don’t want to miss it!
I’m off for maternity leave now…,” she wrote via Instagram ahead of the Season 4 episode.

Her temporary exit was not without fanfare. According to TV Line, Maggie and O.A. (Zeeko Zaki) are tracking Hakeen Abbas, a known terrorist who has deadly sarin gas in his possession and hatred for the United States in his heart.

While the pair managed to capture and kill said terrorist, trouble lay ahead. Maggie becomes trapped in a lab with an open canister of sarin gas that’s spilling all over the place leaving her exposed.

O.A. saves the day just in the nick of time and takes Maggie to the hospital, but she faces a significant recovery time giving Peregrym the perfect opportunity to nest with her real-life family.

“The reality is that [Maggie’s recovery] is a journey, it’s going to be a while,” series showrunner Rick Eid told TVLine. “When she does come back, whenever that is, she’ll probably, for the most part, be the same ol’ Maggie, but she did go through something pretty traumatic. There are not only physical injuries but maybe some emotional ones, and that may affect how she sees the world and how she handles cases.”