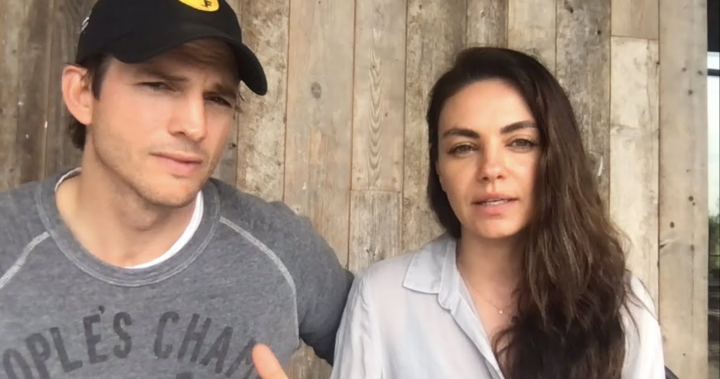 Ukraine-born actor Mila Kunis, along with her husband and fellow actor Ashton Kutcher, announced Thursday that they’re launching the Stand With Ukraine GoFundMe, and will match up to $3 million to Flexport.org and AirBnB.org with the ultimate goal of raising $30 million (all dollars U.S.).

The objective of the GoFundMe is to provide aid and housing to Ukrainians devastated by the Russian invasion of the country.

Flexport will be transporting humanitarian aid “directly to known NGOs (non-governmental organization) on the ground,” said the couple in an earnest social-media video.

The couple said that AirBnB will be supporting housing and the cost of living for those providing shelter to refugees.

“I have always considered myself an American, a proud American,” said Kunis, 38, in the video. “I love everything that this country has done for myself and my family, but today I have never been more proud to be a Ukrainian.”

Kunis was born in the western part of Ukraine in 1983, in Chernivtsi of the former Soviet Union. She immigrated to the U.S. in 1991.

“We’re raising funds to support a relief effort that will have immediate impact and supply much-needed refugee and humanitarian aid to the area,” said Kutcher, 44.

The UN says that at least one million refugees have fled Ukraine to neighbouring countries — including about half a million children.

Another million more people in the country are displaced and trying to seek shelter.

As of this writing, the GoFundMe has amassed more than $3.5 million. American venture capitalist and philanthropist Ron Conway donated $2.5 million of that total.