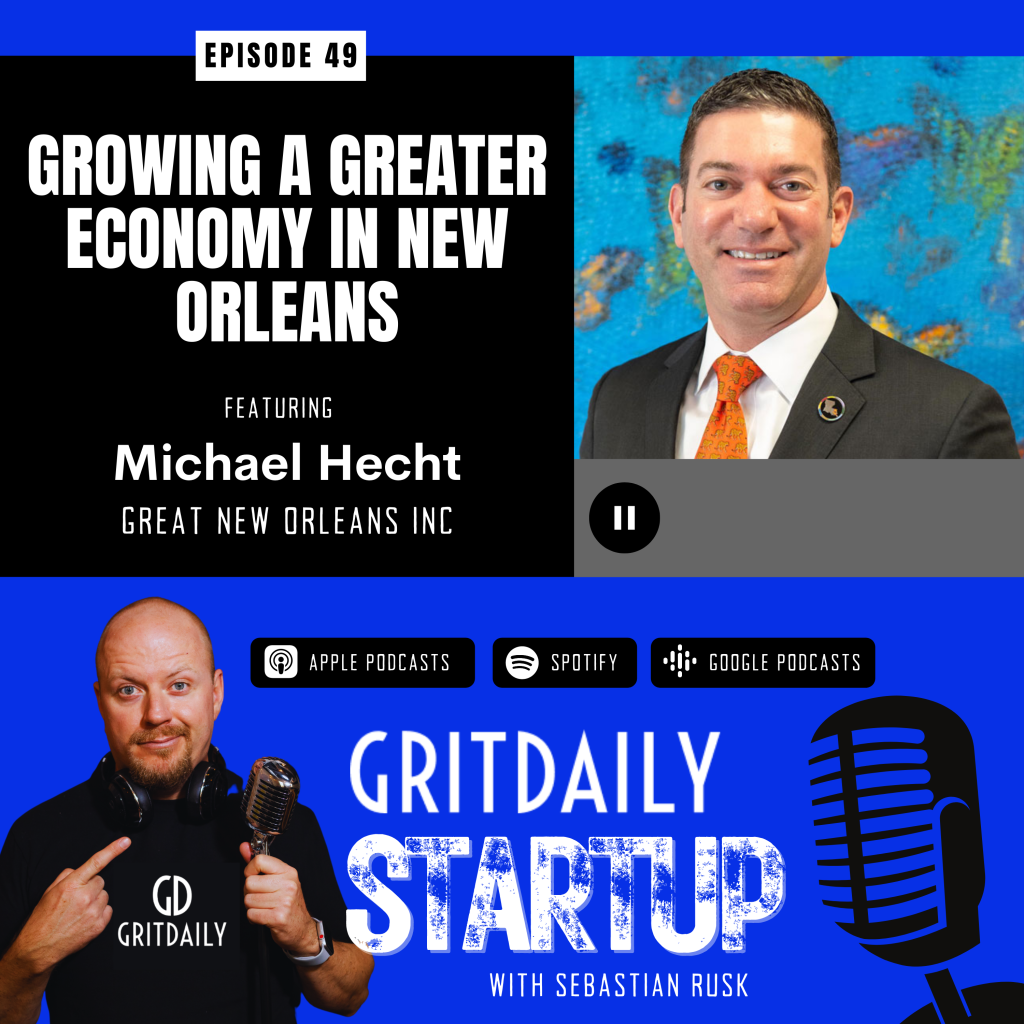 Michael Hecht is President & CEO of Greater New Orleans, Inc., the economic development agency for southeast Louisiana. GNO, Inc.’s mission is to create a region with a thriving economy and an excellent quality of life, for everyone. Under Michael’s leadership, GNO, Inc. has been named a “Top Economic Development Organization in the United States” by Site Selection magazine.

On this episode of the Grit Daily Podcast, Michael talked about his entrepreneurial experience including co-founding a conglomerate of restaurant ventures, including “Foreign Cinema,” named Restaurant of the Year 2000 in San Francisco. He began his career as a strategic management consultant in the US, Canada, Europe, and Australia.

Michael holds an MBA from Stanford Graduate School of Business, and an undergraduate degree from Yale.

Recently, Michael has been recognized as “One of the Ten People Who Made a Difference in the South,” “One of the 20 Business ‘Icons’ of the Tricentennial,” and “2018 CEO of the Year.”

With family roots in Louisiana back to the 1830s, Michael now lives in New Orleans with his wife, Marlene, who is currently pursuing a Ph.D. at Tulane, and their two teenaged sons. Michael Hecht on US Tech Future