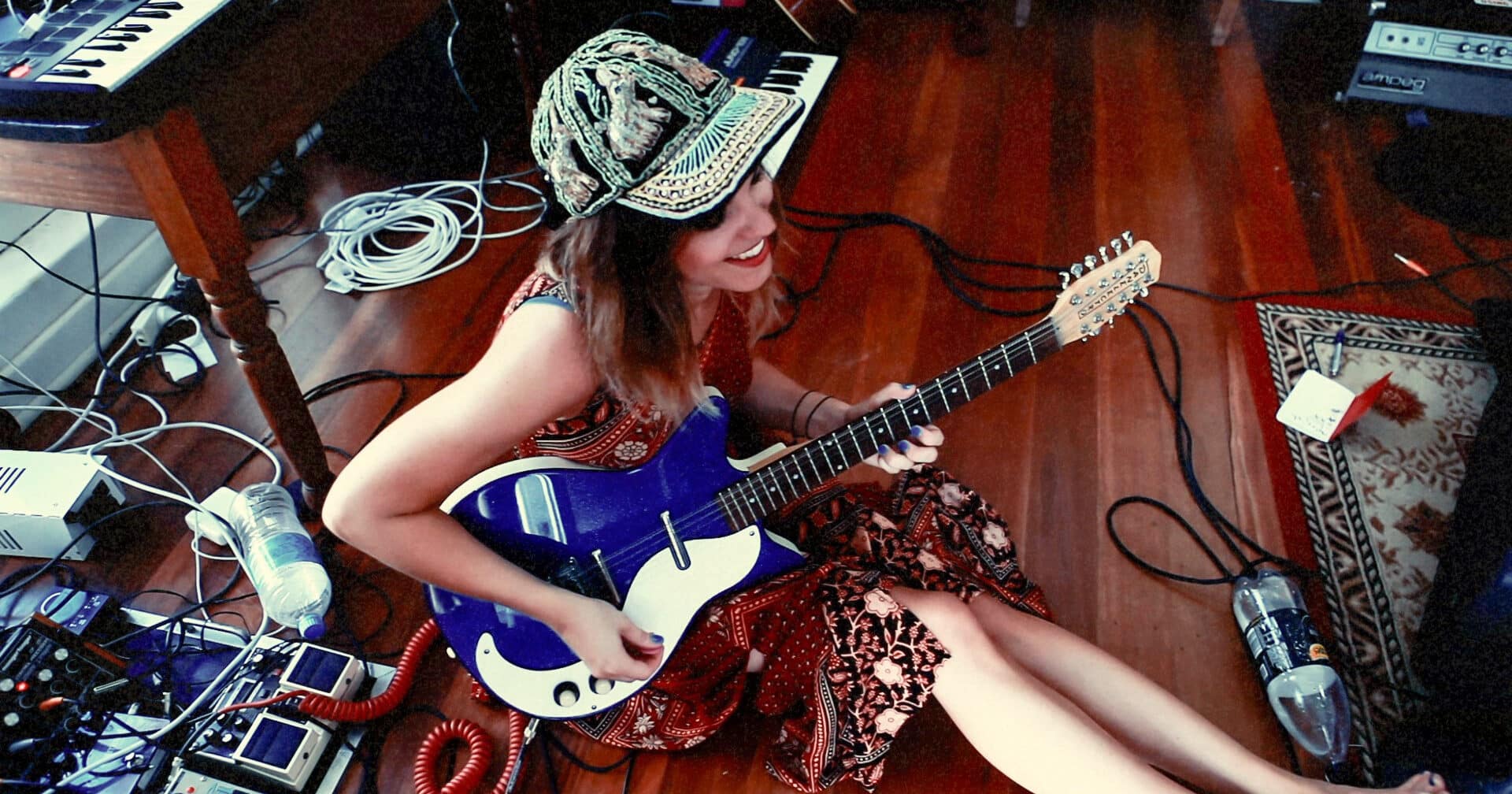 Melody’s Echo Chamber has unveiled a new track, ‘Norfolk Hotel’. It’s set to appear on the upcoming rarities compilation Unfold, which will accompany the 10-year anniversary reissue of the French musician’s self-titled debut album arriving this Friday. Check it out below.

“I think this song soundtracks the metamorphosis experience, those spellbound waves and rhythm shifts,” Melody Prochet explained in a statement. “I guess the finale’s crumble kind of predicted the future ruin field. The music naturally recorded as a live duo, as I was just blossoming into my own intuitive guitar playing. A very joyful and endlessly inspiring playground of musical memories.”

Earlier this year, Melody’s Echo Chamber released her latest LP, Emotional Eternal. Read about the inspirations behind the album in our interview with Melody Prochet.