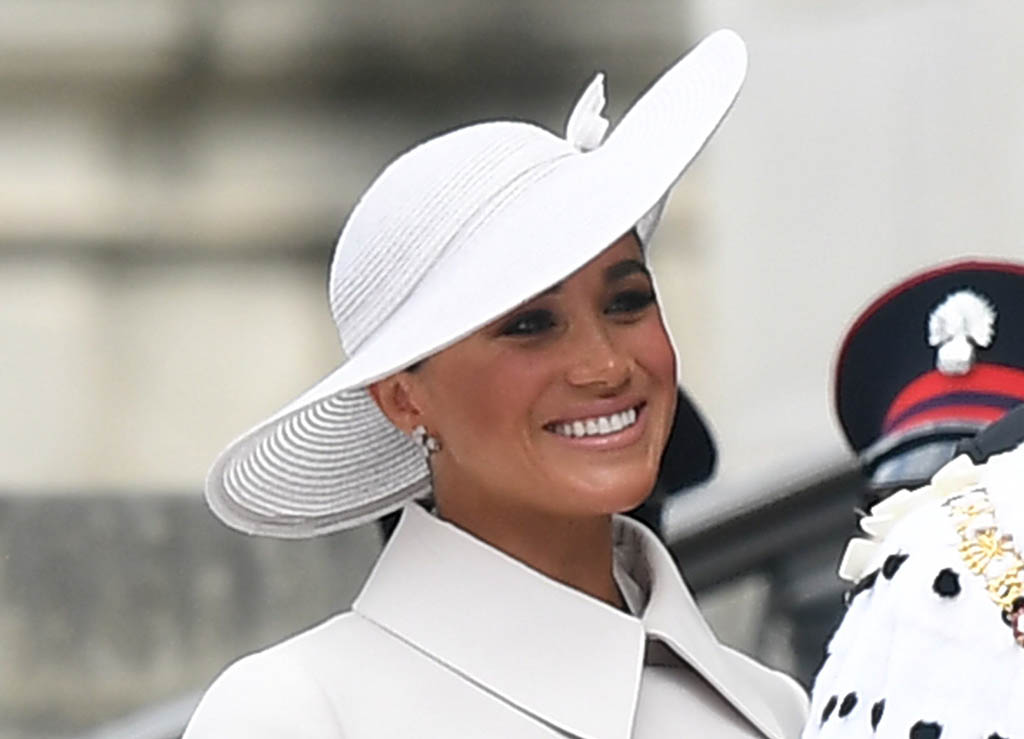 Prince Harry and Meghan Markle made a stylish return to London today. The Duke and Duchess of Sussex arrived at St. Paul’s Cathedral in London to attend the National Service of Thanksgiving. Queen Elizabeth’s family has gathered for a special service as a part of the weekend-long festivities in honor of the monarch’s 70-year reign. This is the first time that Prince Harry and Markle have made a public appearance in the United Kingdom since taking a step back from royal duties in 2020.

Markle brought her fashion A-game to the Platinum Jubilee celebration. The actress looked sophisticated and refined in a stone white belted coat dress by Dior. The ensemble included a dramatic collar with a sharp hemline. She covered her brunette tresses with a wide-brimmed hat and continued to accessorize with stud earrings and a small square statement clutch.

Sticking to a monochromatic moment, Markle completed her look with matching pointed-toe pumps. The shoe style featured a sharp triangular toe, a high counter for extra support at the back and sat on top of a thin stiletto heel. Pointy pumps are a go-to for the “Suits” alum, she often steps out in a variety of neutral hues from top labels like Jimmy Choo, Manolo Blahnik and Aquazzura.

The Queen’s Platinum Jubilee celebrates Queen Elizabeth II’s unprecedented 70-year reign over the United Kingdom and associated Commonwealths. The Queen is the first British Monarch to achieve a Platinum Jubilee following seven decades of service to the throne, longer than any other British royal in history. The Platinum Jubilee, which runs from June 2 to June 5, is a four-day bank holiday that will include celebrations all over the U.K., including parades, performances, and other public gatherings.