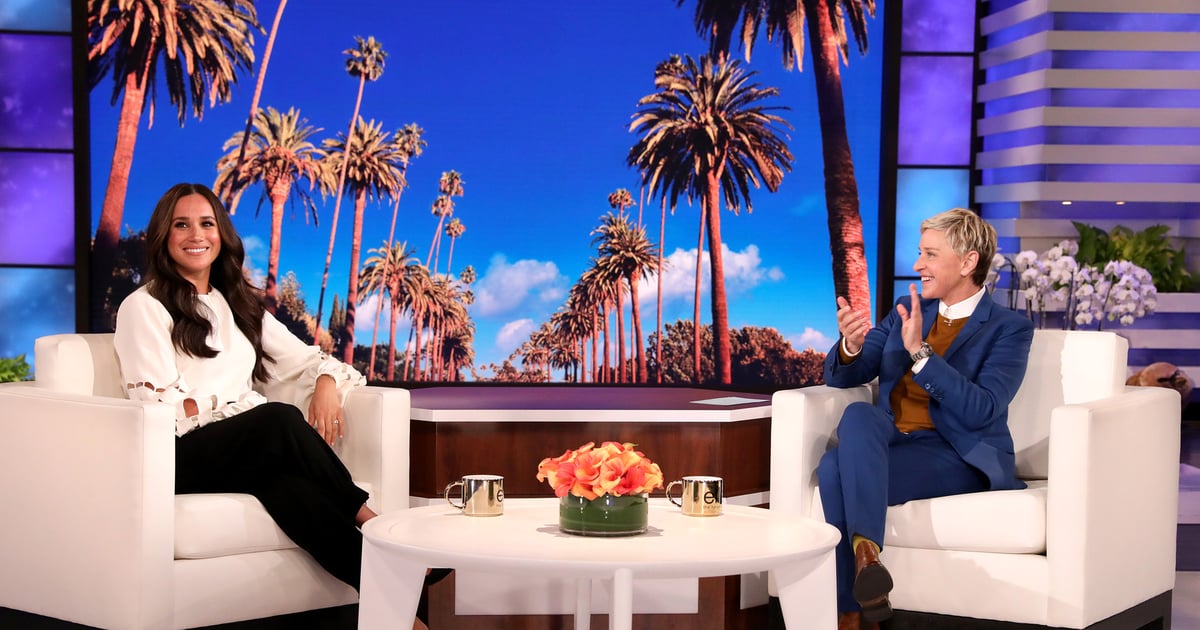 This is not a drill! Meghan Markle finally made her first daytime talk show appearance in over a decade on an episode of The Ellen DeGeneres Show. During the sit-down interview on Nov. 18, the Duchess of Sussex shared some fun, candid tidbits about her family. She even revealed a cute never-before-told story about her and Prince Harry before they went public.

In a teaser clip, she said while she and Harry were dating they, of course, had to keep their relationship under wraps. And what better way to do that than go on an “incognito” date to a postapocalyptic-themed Halloween party?! “He came to see me in Toronto and our friends, his cousin Eugenie and now her husband, Jack, they came as well,” Meghan said of Princess Eugenie and her husband Jack Brooksbank. “The four of us snuck out in Halloween costumes to just have one fun night on the town before it was out in the world that we were a couple.” It might be hard to believe the two were able to keep their romance a secret from the world in such a public place, but the bizarre party theme helped them get away with it.

Speaking of Halloween, Meghan also shared the adorable costumes that Archie and baby Lilibet wore for the spooky holiday this year. “We wanted to do something fun for the kids, and then the kids were just not into it at all,” she said. “Archie was a dinosaur for maybe five minutes.” Ellen then interjected, “No, not even five minutes. Finally, Harry talked him into putting the hat on. But Lili was a skunk.” “Like Flower from Bambi,” the Duchess added.

During the rest of the interview, Meghan also touched on more about family life, her audition stories from when she was a working actress, and her New York Times bestselling children’s book, The Bench — which started as a poem to Harry. And, of course, her Ellen appearance wouldn’t be complete without partaking in a hilarious skit — which involved pranking street vendors.

We’re so happy to see the Duchess return to daytime TV! In case you missed it, check out one of the sneak peek videos below.