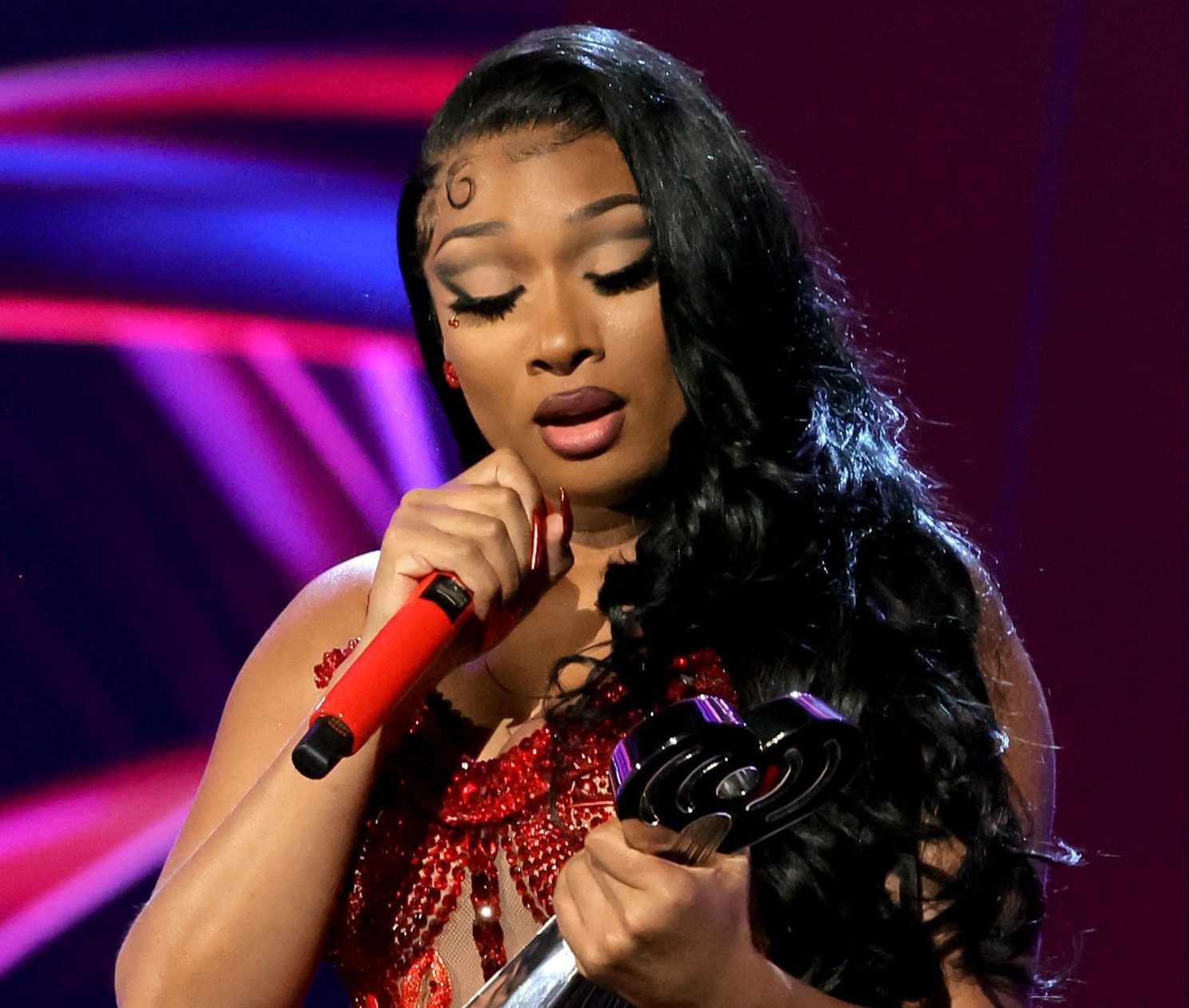 Tuesday night, the 2022 iHeartRadio Music Awards took place in Los Angeles and there were some heavy hitters in the building as they were recognized for their musical contributions. One artist that was present to not only hit the stage but also be recognized for their work was none other than the H-Town Hottie herself, Megan Thee Stallion.

Meg hit the stage to perform her latest single “Sweetest Pie,” which features Dua Lipa. Before breaking out into the new single, Megan started things off by spitting a few bars from her song “Megan’s Piano.”

Right after her performance, Kelly Rowland took to the stage to present Megan with the “Trailblazer Award.” During her acceptance speech, Megan said, “I wanna say thank you to the women that blazed the trail before me because without them there would be no me.”

As Megan also thanked her fans, she added, “With my platform, I will keep on continuing to be a voice for the voiceless. I will keep on fighting for all the injustices me, my Black women, my Black men are facing. And I will keep showing up and showing out, even in the face of adversity.”

If you didn’t know her before, now you know she’s THEE hot girl coach and THEE winner of this year’s Trailblazer award! 👏❤️🔥 @theestallion #iHeartAwards2022 pic.twitter.com/Et1ee1nrVT

The honor came one day after Megan Thee Stallion took to Twitter to respond to the news that she was being sued by her record label 1501 Entertainment for the release of her last project, “Something For The Hotties.”

The album was supposed to fulfill her contract with the label, and back in February, she filed to declare that the project met that fulfillment. However, the label countersued, and says that the project does not meet the requirements of fulfillment because it is “made up of 21 recordings and includes spoken interlude recordings on which Megan does not appear and several previously-released recordings.”

They claim the album has to be “new master recordings of studio performances.” On top of the label’s CEO, Carl Crawford, wanting the final say on what is an eligible album to fulfill her contract, he’s also requesting proceeds from Megan’s collaborations, sponsorships, endorsements, and side engagements.

Megan addressed Carl Crawford on social media about the situation.