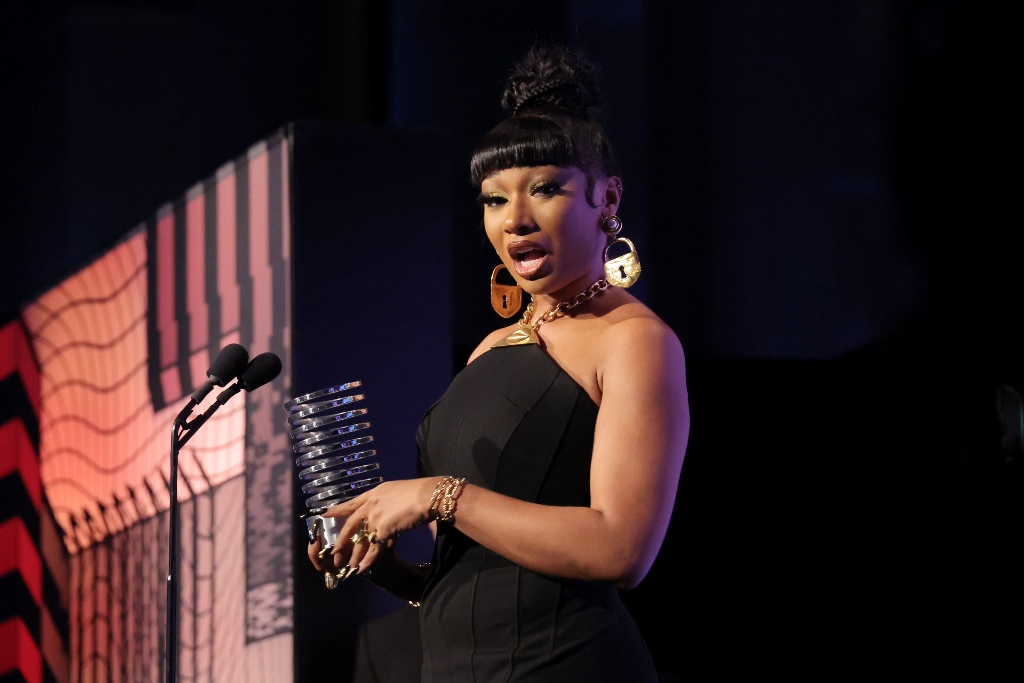 Megan Thee Stallion is cranking up the heat in her latest music video for her song “Plan B.”

The video, out today, was co-directed by Mugler creative director Casey Cadwallader, who also dressed the 27-year-old rap star in a custom look for her 2022 Billboard Music Awards performance. In a snippet posted to Instagram, the Texas native can be seen posing and performing in two striking black bustier bodysuits by the iconic luxury brand. The first look bares a striking resemblance to the outfit she performed “Plan B” in at the Billboard Music Awards while the second sees her in a blazer-inspired bodysuit with cutouts.

Unlike at the awards show, though, the “Hot Girl” hitmaker is wearing timeless black pumps featuring a pointed silhouette in the video. During her live performance, she wore sturdier black leather ankle boots featuring a classic lace-up design and a mid-sized heel.

In addition to Mugler, Megan Thee Stallion has also partnered with various other brands including Nike, Coach, Calvin Klein and Savage x Fenty. Most recently, she’s featured in a new Nike Running Club campaign. Not only is she modeling for the brand, but if you download the Nike Running Club app, you can find her as a coach to give you inspiration during your workout.