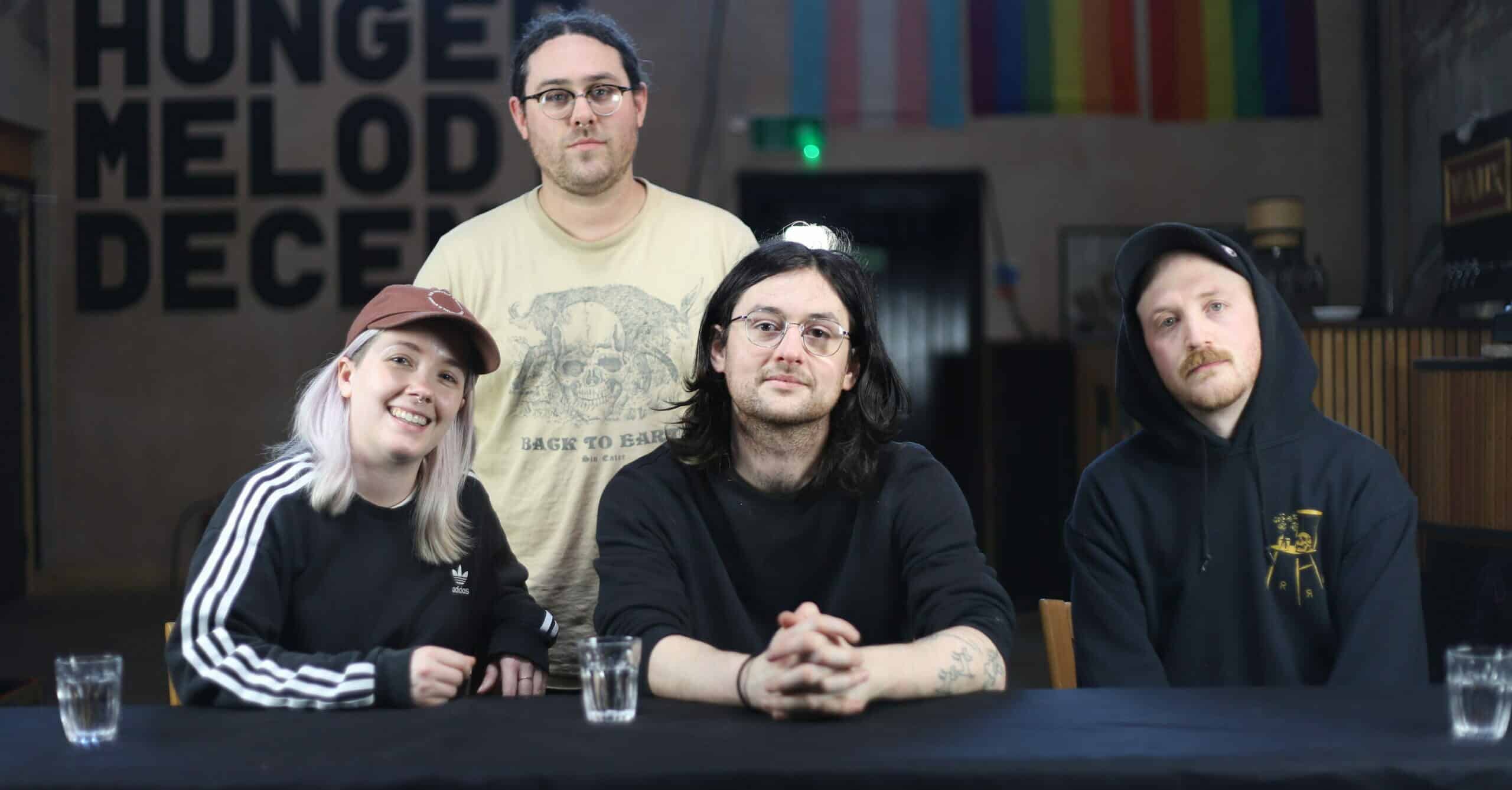 Martha have dropped another single from their forthcoming album Please Don’t Take Me Back. ‘Hope Gets Harder’ follows earlier offerings ‘Baby, Does Your Heart Sink’ and the title track. Give it a listen below.

“‘Hope Gets Harder’ is a song about England: a uniquely fucking terrible idea,” the band said in a statement. “A place governed by the most absurdly mediocre people in history. Selfish, rich, thick, malevolent ghouls propped up by a bootlicking, self-congratulating, stenographic, client-journalist news media that puts North Korea to shame. England is a grey, damp artifice, vibrating to a quasi-fascist background hum, where the majority live miserable hopeless lives, so that a tiny minority can live in extravagant luxury. As we lurch violently from one crisis to the next, it feels like the light of any hope for the future is slowly dying. But we have to try and find hope in one another, and together we have to fight like hell for a more socially and ecologically just world. No fate but what we make for ourselves. Abolish england. Fuck the king.”

Please Don’t Take Me Back lands on October 28 via Specialist Subject Records.