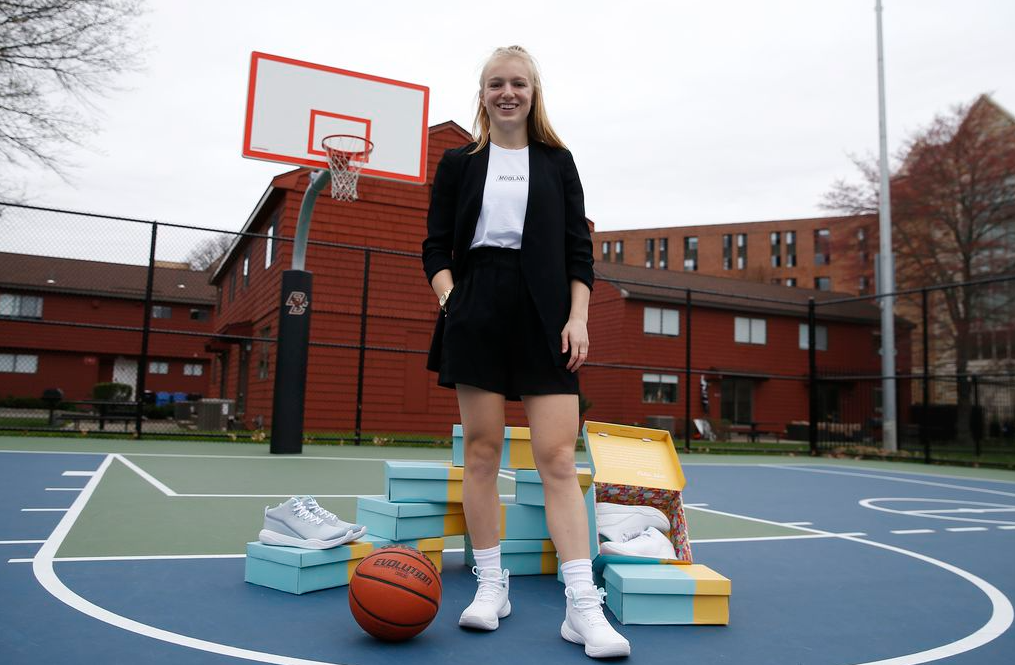 There are many basketball shoes on the market, with some of the biggest names in the sport creating their own brands. However, there has never been a brand dedicated to female athletes. That is what the 24-year-old CEO Natalie White aimed to change with Moolah Kicks. Moreover, the basketball shoe startup has the backing of Mark Cuban, whose knowledge and love for the game and success with various startups make him a perfect partner for Moolah Kicks.

But Mark Cuban’s funding is not the only support helping the startup rise. It also has the support of college and WNBA players, who have started to sign with the brand. That is no surprise, though, considering it designs all of its shoes specifically for women.

It all started at a young age for Natalie White, who has been a lifelong baller. She grew up purchasing her shoes from men’s and kids’ departments because there was no other choice. As she grew older, she realized it was a problem, especially when she saw top WNBA players holding up those very same shoes. Shoes that, beyond being men’s shoes, were named after male players.

Now, Moolah Kicks has grown into a nationwide success, finding itself in DICK’s Sporting Goods stores across the country. It is shaking things up, and it is innovating while doing so.

Beyond the success of creating shoes marketed toward women, the company also strives to design shoes that provide the best for female athletes. That includes designs that prevent catastrophic leg injuries and aim to extend the playing career of the women playing the sport.

White’s desire to give only the best to female players is seen clearly in the latest design, the Neovolt Pro. Every feature in the shoe, from the cushioned midsole to the foam interior that molds to the wearer’s foot, is meant to prevent injuries without impacting performance.

“Natalie has an amazing feel for what athletes want,” said Cuban. “The shoes are beautiful, great in-game, and affordable. I’m proud to be her partner.”

But it is not just Cuban who is impressed. The athletes are equally enthusiastic about having a product made for them. Many college players have signed NIL (name, image, and likeness) deals, including college stars like Seton Hall’s Lauren Park and Villanova’s Kylie Swider. It is a long list of excited players who love the game.

It is not limited to college stars, either. UConn Huskies’ Caroline Ducharme and WNBA point guard Destanni Henderson have both joined Moolah Kicks, becoming ambassadors for the brand.

“As an entrepreneur myself, I love that fact that Moolah Kicks is a woman-owned brand dedicated to making premium performance basketball shoes exclusively for women and girls,” said Henderson, who also commented on how comfortable and high-quality the shoes were. It is a big endorsement from not just an entrepreneur but a 2022 national champion.

Between Dallas Mavericks governor Mark Cuban and those in the game, Moolah Kicks has attracted a lot of love and attention. And with a price point of around $125, it is an accessible choice that is gaining momentum for all of the right reasons. Perhaps it will not be long before you see it grow even further with signature shoes from some of the best athletes in the WNBA.