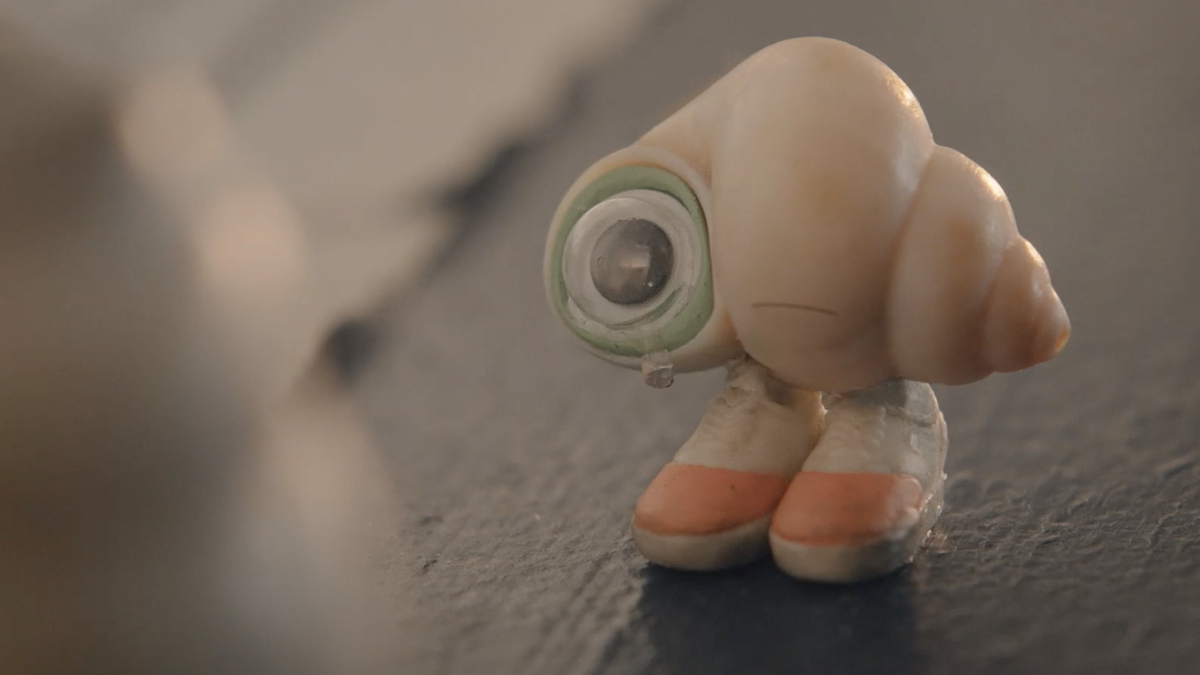 Marcel the Shell is going from short film marvel to A24 star. The production company just shared the first trailer for Marcel the Shell with Shoes On, which you can watch below.

Over a decade after starring as the shell with a face in Dean Fleischer-Camp’s stop-motion short film, Jenny Slate reprises her role as Marcel in a Finding Nemo-type quest to find his family. Even though “it’s pretty much common knowledge that it takes at least 20 shells to have a community,” Marcel finds himself alone with his grandma, Connie, and their pet lint, Alan.

After a documentary filmmaker finds the family while doing some spring cleaning, he documents their journey to reunite with their community. Much like real life, the trailer sees Marcel go viral, with Leslie Stahl, Conan O’Brien, Brian Williams, and a legion of internet followers sharing the shell’s story after growing smitten with his tiny voice.

Camp returns to direct Marcel the Shell with Shoes On, which he wrote with Slate and Nick Paley. Rosa Salazar, Thomas Mann, and Isabella Rossellini star alongside Slate in the film. The project arrives on June 24th.

Slate last starred alongside Charlie Day in Amazon’s rom-com I Want You Back.