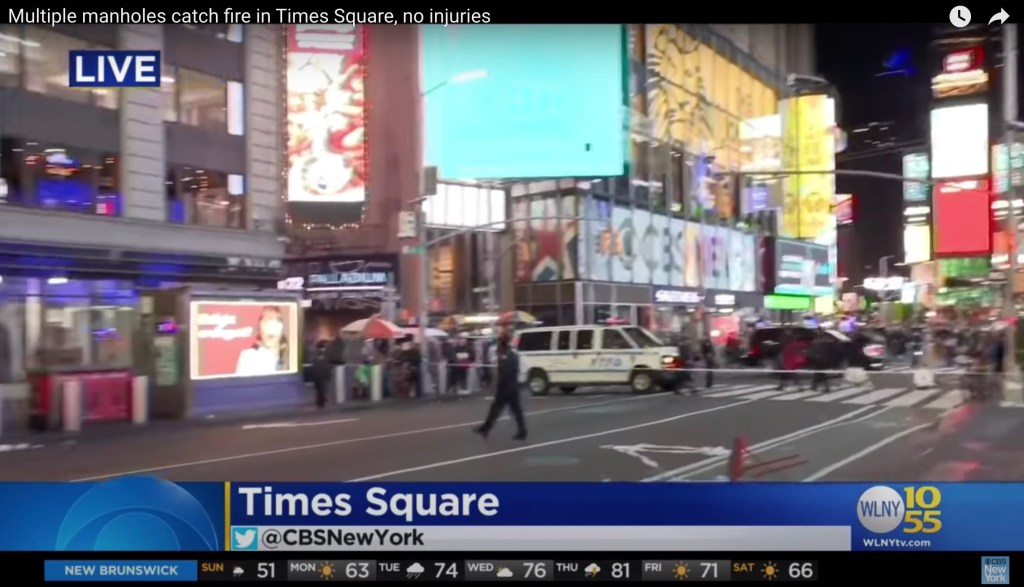 According to Con Edison, fires caused by cable failure prompted at least one loud, booming manhole explosion in Times Square, and a second manhole was smoking. “At this time, there have been no customer outages, and no reports of injuries or property damage,” Con Edison said in a statement. “Our crews remain on location.”

An attendee at tonight’s early evening opening night of the Roundabout Theater Company’s Birthday Candles said the performance had already come to a close and crowds were filing out of the W. 42nd Street venue when the explosion occurred. Some panicked theatergoers headed for exits, while others who had already made their way outside ran back into the venue away from the chaos outside.

The cast, headed by star Debra Messing, had already existed the stage.

An eyewitness told Deadline that there were no apparent injuries inside the theater.

According to various media reports, the fires started just before 7 p.m. in the vicinity of W. 43rd Street and 7th Avenue, the heart of Times Square and the Broadway theater district. New York firefighters examined surrounding properties and discovered elevated carbon monoxide levels at an 18-story office building on W. 43rd St., according to reports. The NYFD began venting the building.

Manhole explosion in the city are a not uncommon occurrence, and though frightening infrequently lead to personal injuries.