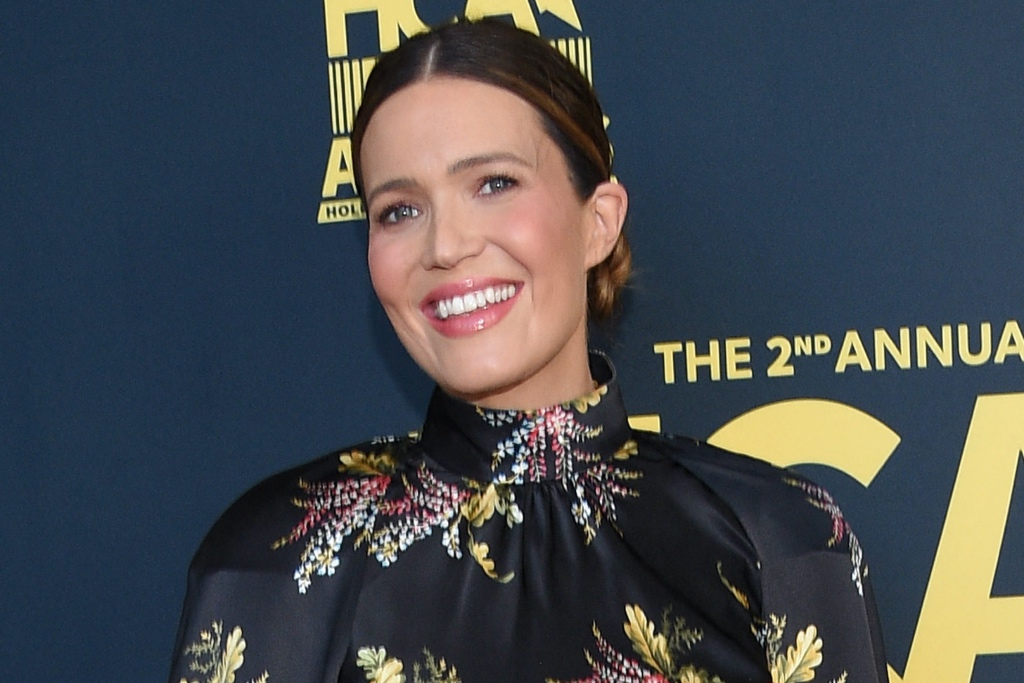 Mandy Moore was elegantly dressed for the 2022 HCA TV Awards in Beverly Hills. At the event, the actress was awarded the Virtuoso Award during the occasion’s Honorary Awards presentation.

The “This Is Us” star hit the red carpet for the Awards at the Beverly Hilton in a silky black Rodarte dress. Styled by Kevin Michael Ericson, Moore’s dress featured a high collar and midi-length silhouette, complete with a back cape that flowed around her arms. Adding further elegance to her ensemble was an allover white, yellow and pink bouquet print.

When it came to shoes, Moore’s footwear was matched to her gown through a set of black leather Gianvito Rossi sandals. Her $925 Bijoux style featured rounded puffed ankle and toe straps, complete with thin stiletto heels totaling 4.1 inches in height. The style created a whimsical and clean finish to the “Walk to Remember” actress’ ensemble.

Discover Moore’s style evolution over the years in the gallery.