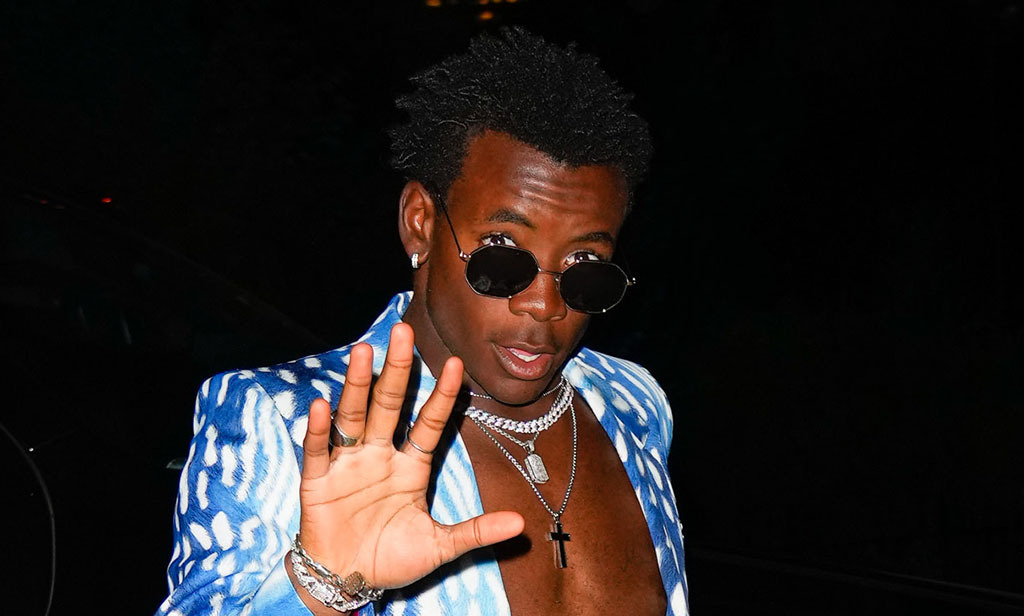 Madonna and her son David Banda stepped out to the roller rink for a public affair. The mother and son duo had a night to remember in New York City on Wednesday at a roller skating disco party, where the theme was Madonna herself.

Banda was a natural at roller skating, but what stood out that evening aside from his skills on wheels was his outfit. He walked out in a blue blazer with matching pants that featured a leopard print and a swirl hat was rather eye-catching.

The 16-year-old accessorized the look with a classic leopard print belt, silver bracelets, a Cuban link chain, a necklace with a pendant, and a silver cross. He also wears his sunglasses at night, likely in preparation for the paparazzi photos.

Madonna’s son took his look to new heights (literally) with a pair of black, heeled Chelsea boots. No shirt was present, as the son of the music legend opted for a bare torso.

It’s safe to assume that Banda did inherit some of his unique perspective on fashion from his mother. Madonna appeared at the event in a highlighter yellow top with a bold print with matching bright yellow printed shorts.

For accessories, she went with luxurious lacy gloves, layers of silver necklaces, a stack of silver bracelets, and fishnet stockings.

Madonna has made it clear if there’s one person whose fashion sense she envies, it’s her son David. On her recent appearance on “The Tonight Show Starring Jimmy Fallon,” she discussed his fashion sense, telling Fallon, “He can put on any outfit and look swag as you know what. It’s really irritating. He wears my clothes and looks better in them. He can even wear a dress and look butch.”