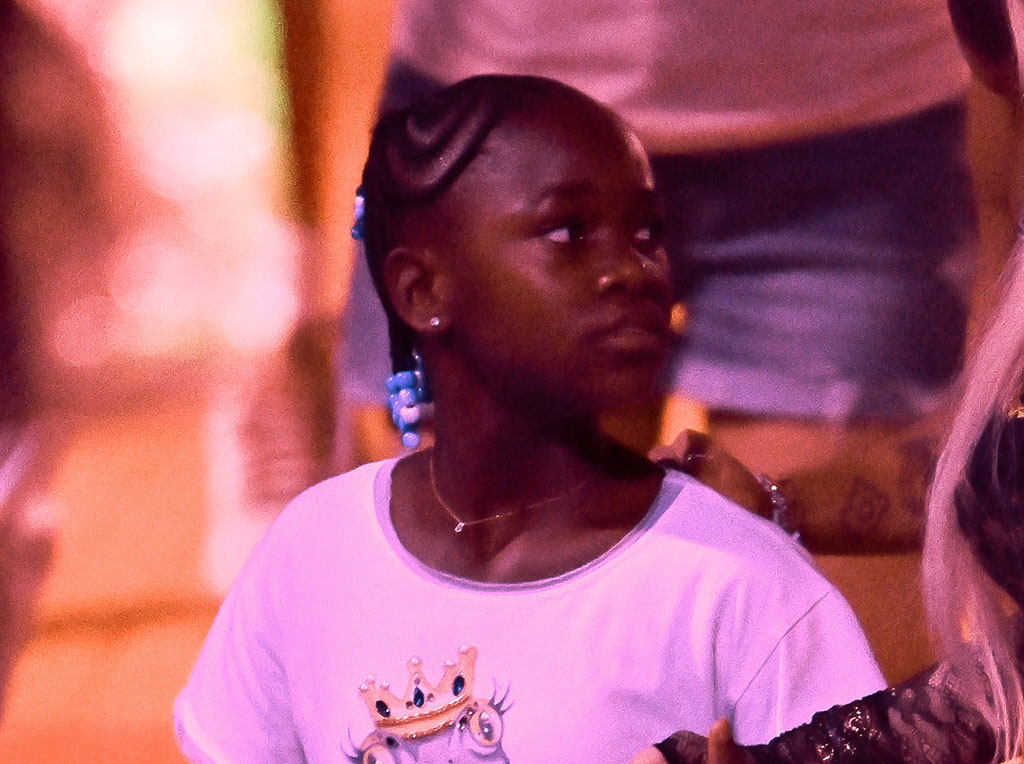 Madonna’s daughter Mercy James attended a roller skating disco party Wednesday in New York City, where the theme of the night was none other than her mother.

The 16-year-old wore mid-calf socks and Air Jordan 1 Mids as she held her mom’s hand at the Wollman Rink event. James’ sneakers were a retro pick for the discothèque. The shoe’s light blue Swoosh and back with black laces and toe detailing matched perfectly with her denim shorts and belt, which she put together with a slightly cropped graphic tee.

The highlight of her white T-shirt was a glammed up frog princess, embellished with lashes and all. James’ light blue and white beads at the base of her braids tie-up her whole look, keeping it both fun and youthful.

Madonna went with a more eccentric look wearing holographic roller skates and an outfit that glowed under the venue’s fluorescent lights. She also brought out her iconic fingerless lace gloves with stacks of bracelets ornamenting on top of them.

The roller skating disco party proved to be a hit among fans and industry folks.

“Kinda mind blown that @NileRodgers been curating these roller skating jams. This environment was a common occurrence for me in the early 80s. Like that was the event to do on the weekend,” Questlove said in an Instagram post.

In another video, Madonna is shown dancing to Beyoncé’s “Break My Soul” with “Like a Virgin” producer Nile Rodgers. The reel reads: “If you want a great party throw it with Madonna at The DiscOasis.”