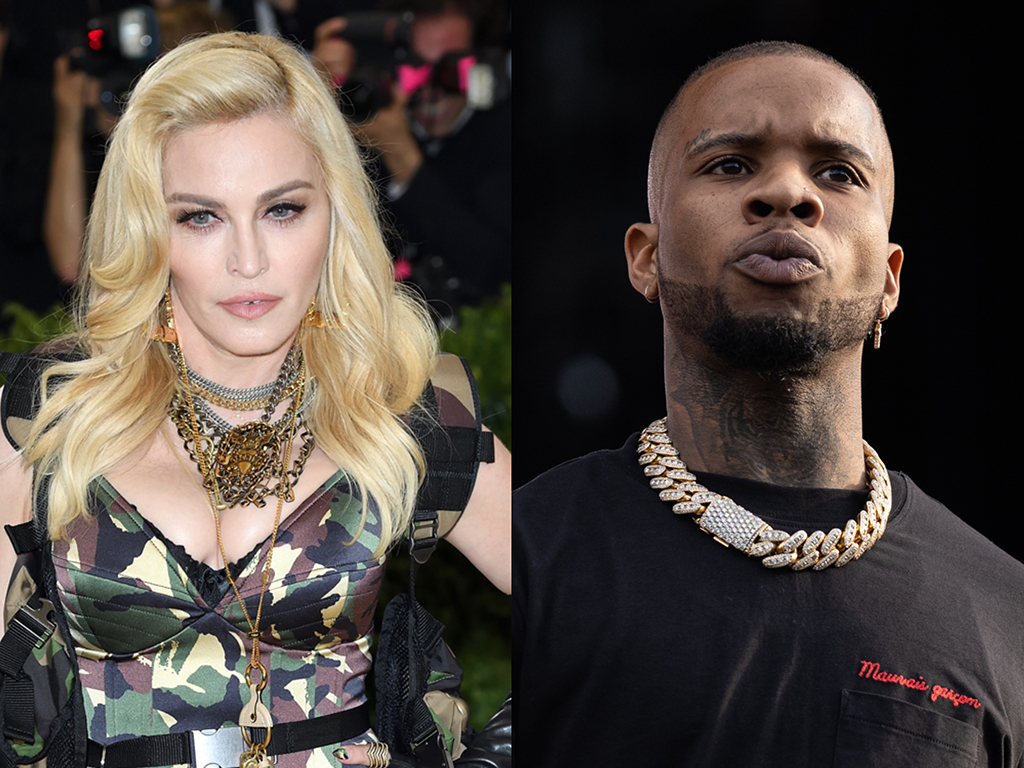 Madonna is not holding back when it comes to protecting her music.

Last week, the Queen of Pop left a note on rapper Tory Lanez’s Instagram post, claiming that he illegally sampled her classic song “Into the Groove” on his new track “Pluto’s Last Comet” from his ’80s-inspired album Alone at Prom.

“Read your messages [for] illegal usage of my song get into the groove!” she wrote from her verified Instagram in an attempt to get his attention. As of publishing, the post has gained nearly 3,000 likes and almost 500 replies. Representatives from both artists have yet to respond to multiple requests seeking comment.

“Into the Groove” was written and produced by Madonna and Stephen Bray in 1985, and was featured in the film Desperately Seeking Susan, in which Madonna also starred.

Meanwhile, “Pluto’s Last Comet” was written by Lanez and produced by Orlando tha Great and Chaz Jackson. Hear both songs below:

Madonna’s accusation is the last thing Lanez needs right now. The rapper is currently in an ongoing trial for allegedly shooting Megan Thee Stallion in the foot after a party last summer. In October 2020, he was charged with felony assault and several gun counts that carry a maximum sentence of 22 years and eight months in prison if convicted. He has pleaded not guilty to all charges.

Lanez is not the only artist Madonna has targeted for allegedly ripping off one of her songs.

In 2015, she raised concerns in an interview with Rolling Stone over Lady Gaga’s hit single “Born This Way” being eerily similar to Madonna’s 1989 hit “Express Yourself” from her album Like a Prayer.

“The only time I ever criticized Lady Gaga was when I felt like she blatantly ripped off one of my songs,” she said at the time. “It’s got nothing to do with ‘she’s taking my crown’ or ‘she’s in some space of mine.’ She has her thing. I do think she’s a very talented singer and songwriter. It was just that one issue.”

Admittedly, the Material Girl added that she doesn’t “care anymore” about that “boring” feud. “We live in a world where people like to pit women against each other,” she said. “And this is why I love the idea of embracing other females who are doing what I’m doing.”

Gaga spoken publicly about the accusations as well. In a 2011 interview with the New York Daily News, she said of the two songs, “If you put the songs next to each other, side by side, the only similarities are the chord progression.”