Madison Beer wows in skintight cut-out red dress with gloves at premiere of Spider-Man: No Way Home in LA

The much-anticipated film Spider-Man: No Way Home made its world premiere in Los Angeles on Monday, December 13.

And Madison Beer was among the stars to strut their stuff when they hit the red carpet for the debut of the sequel to Spider-Man: Far From Home (2019), starring Tom Holland as Peter Parker / Spider-Man.

The pop star, who’s already written most of the songs for her second studio album, 10 months after her debut release, looked every bit the starlet decked out in a skimpy red minidress. 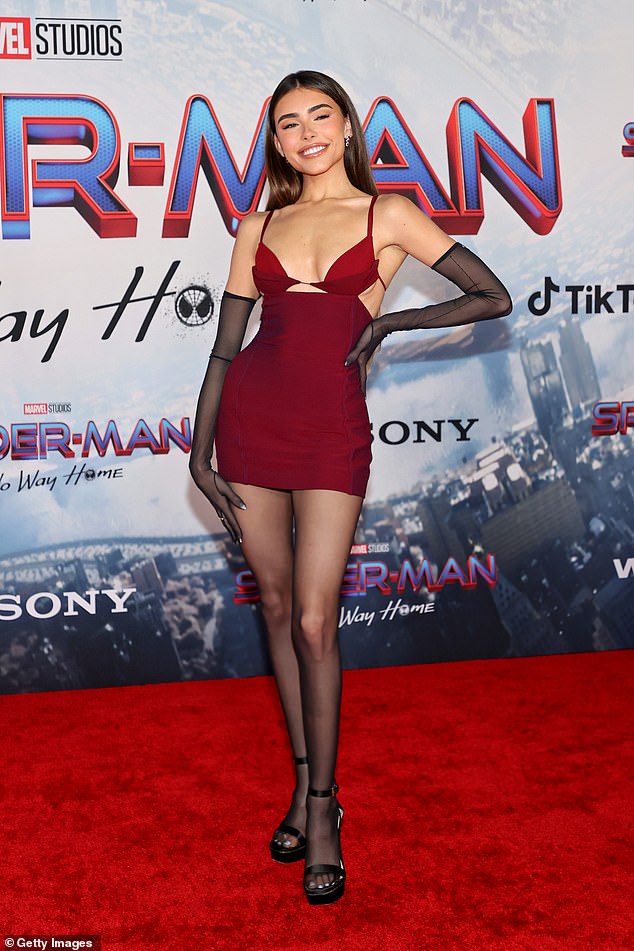 World premiere: Madison Beer, 22, hit the red carpet for the premiere of Spider-Man: No Way Home in Los Angeles on Monday

The Good In Goodbye star got flirty with the cameras by seductively using her hips in a pose decked out in the sexy but classy number.

For an added touch, she also donned sheer black stockings, along with a pair of lifted heels.

The New York native also wore matching, sheer black full length gloves that went up most of her arms.

She rounded out her overall look by having her dark brown tresses styled long and flowing to the bottom of her back with a part in the middle, 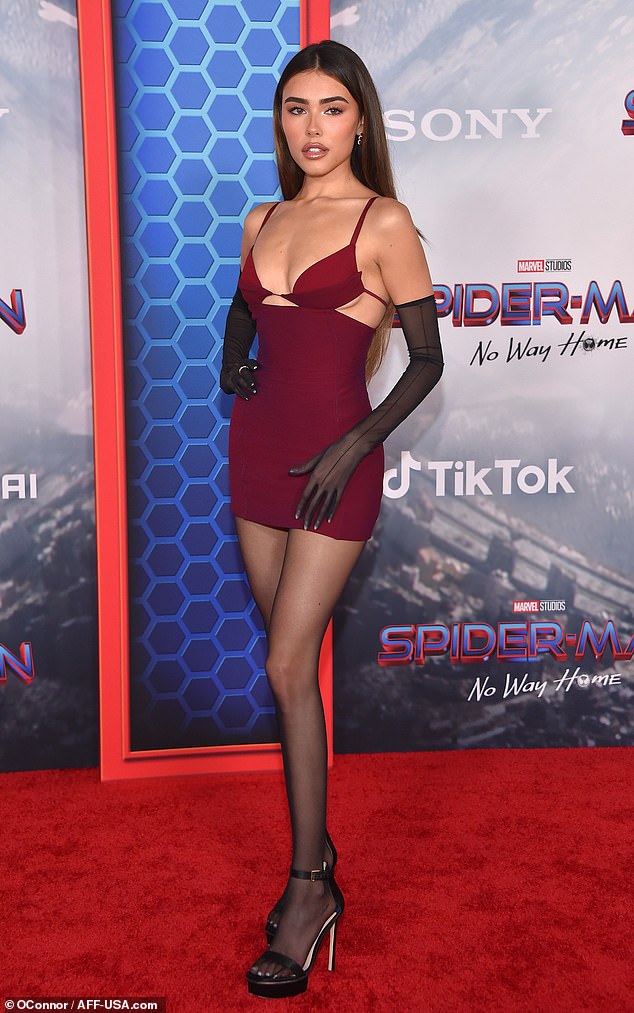 Strut: The Life Support singer struck a number of poses for the adoring photographers camped out at the Regency Village and Bruin Theaters in Westwood 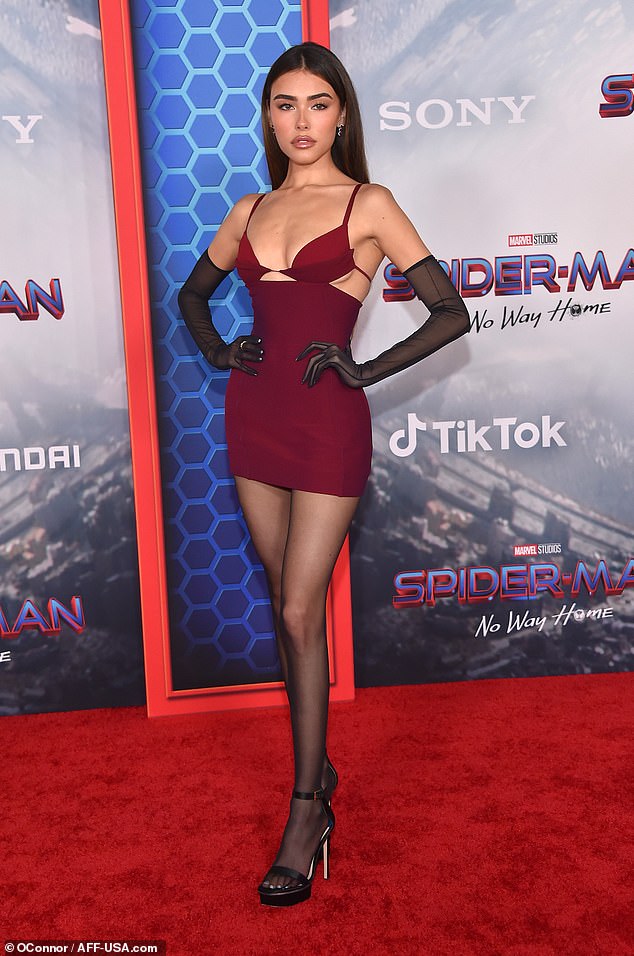 Revealing: The Good In Goodbye star got flirty with the cameras decked out in the sexy but classy red minidress and lifted heels

Beer’s Life Support debuted at number 65 on the Billboard 200, and reached the top 40 in the United Kingdom, Canada, and other countries around the world.

At one point the singer-songwriter shared the spotlight with her date for the evening, which happened to be her younger brother, Ryder Beer, 19.

He flashed a cool stare into the camera dressed in a simple but classy black suit and matching t-shirt.

The teen also wore a pair of black leather shoes, and had his dark lock cut short, over his ears , and pushed back off his face. 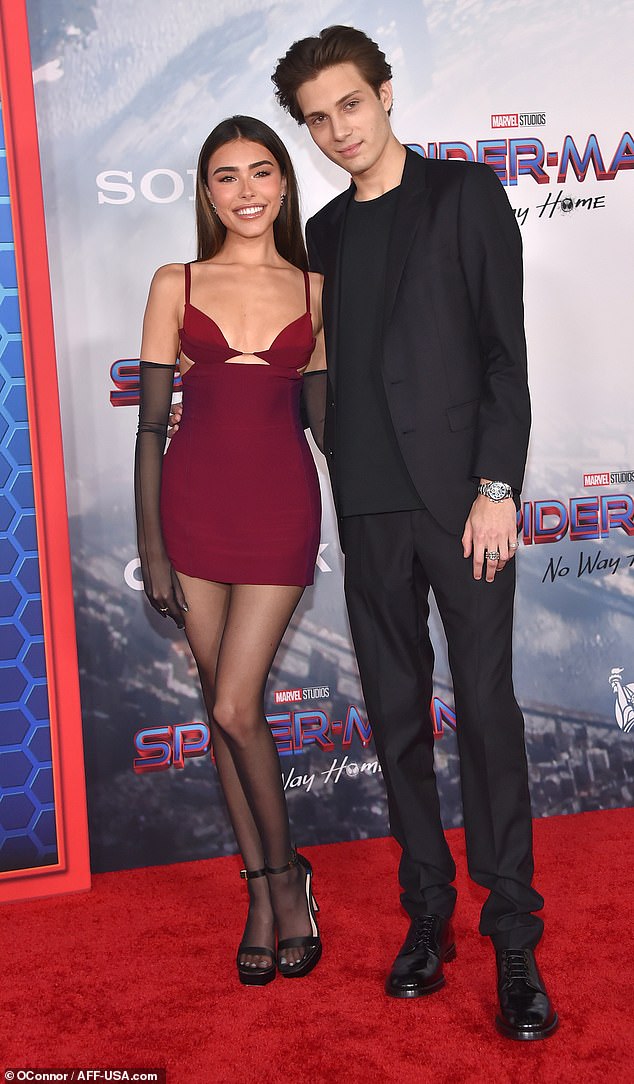 Family matters: The pop singer brought her younger brother, Ryder Beer, 19, as her date to the premiere 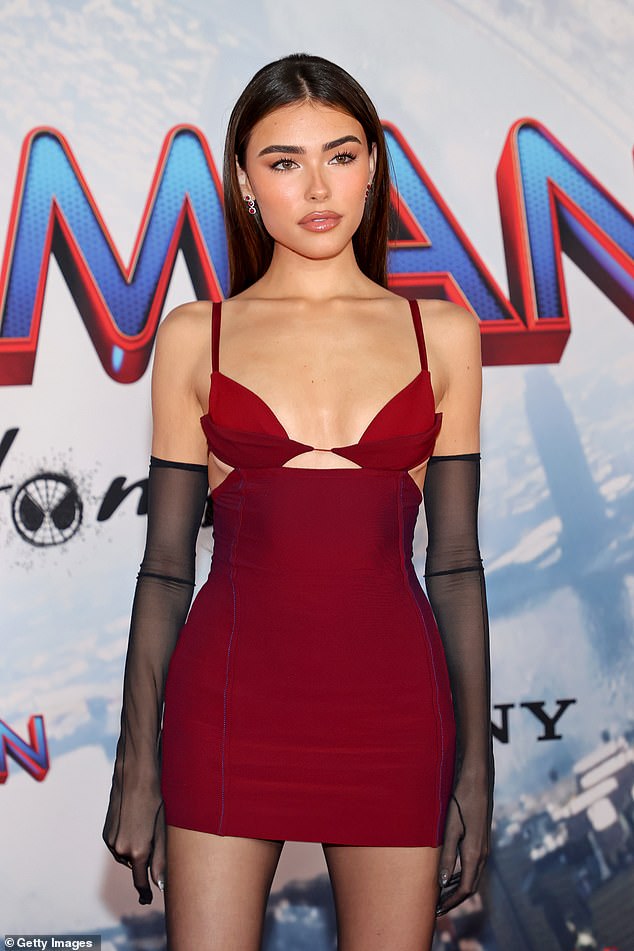 Hard at work: Beer has previously stated she’s already written a number of songs for her seond studio album, just 10months after her debut, Life Support, dropped in February 2021

The superhero film is the third in the rebooted franchise that began with Spider-Man: Homecoming (2017).

The second sequel has a high bar to meet, considering the first movie earned $880.2 million at the worldwide box office, and the second, Far From Home, raked in an astounding $1.131 billion.

Spider-Man: No Way Home and is scheduled to be released in the United States on December 17. 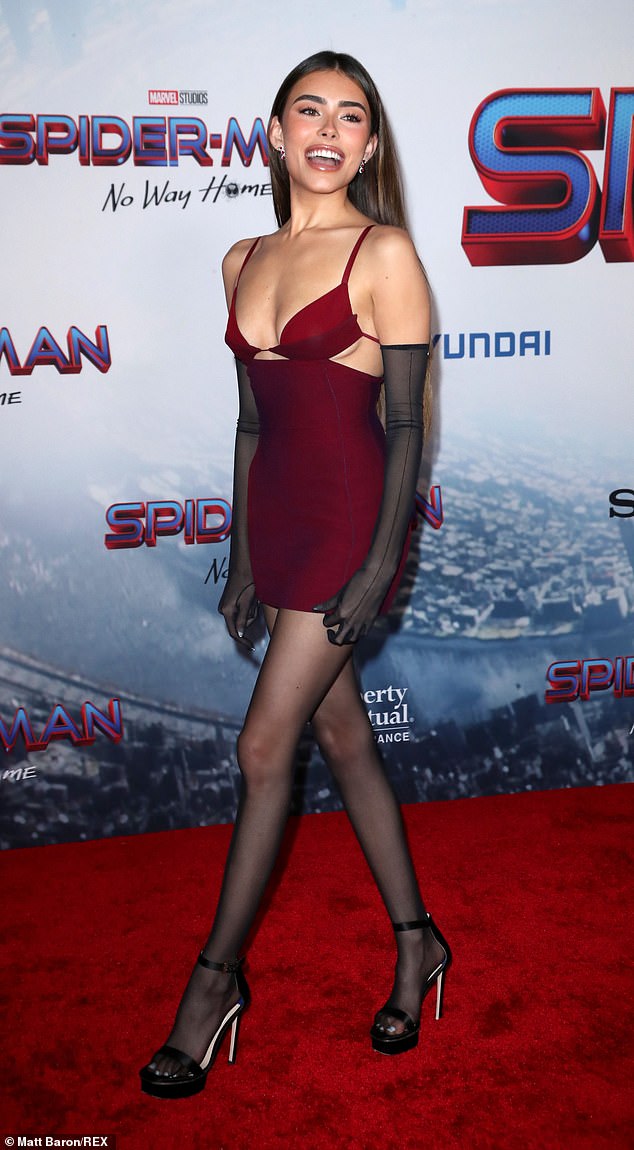 Huge hits: The second sequel has a high bar to meet, considering the first movie earned $880.2 million at the worldwide box office, and the second raked in an astounding $1.131 billion 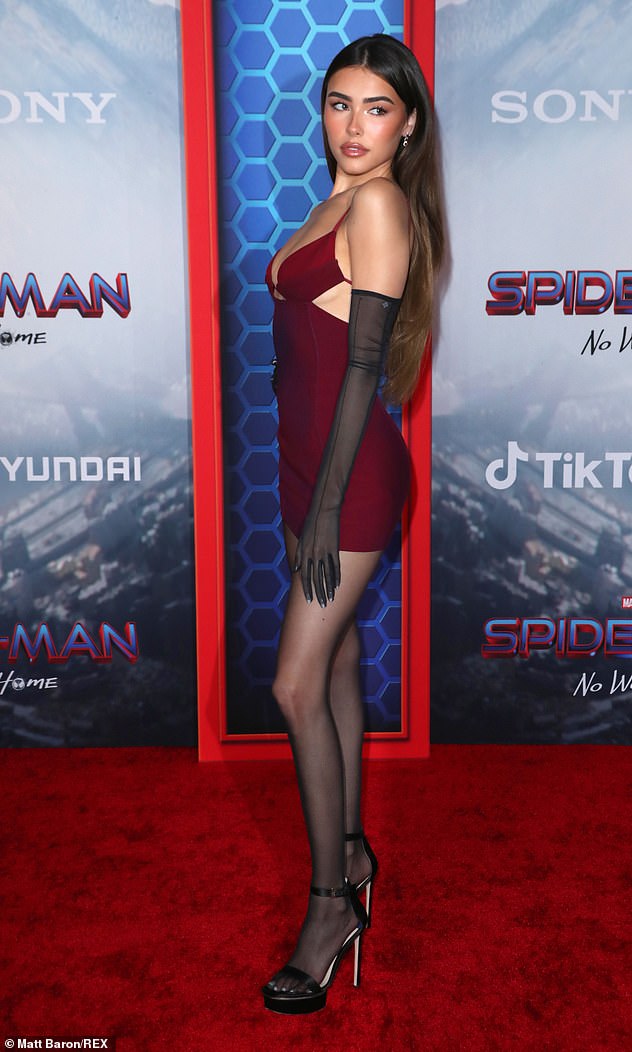 Dropping: Spider-Man: No Way Home and is slated to be released in the U.S. on December 17