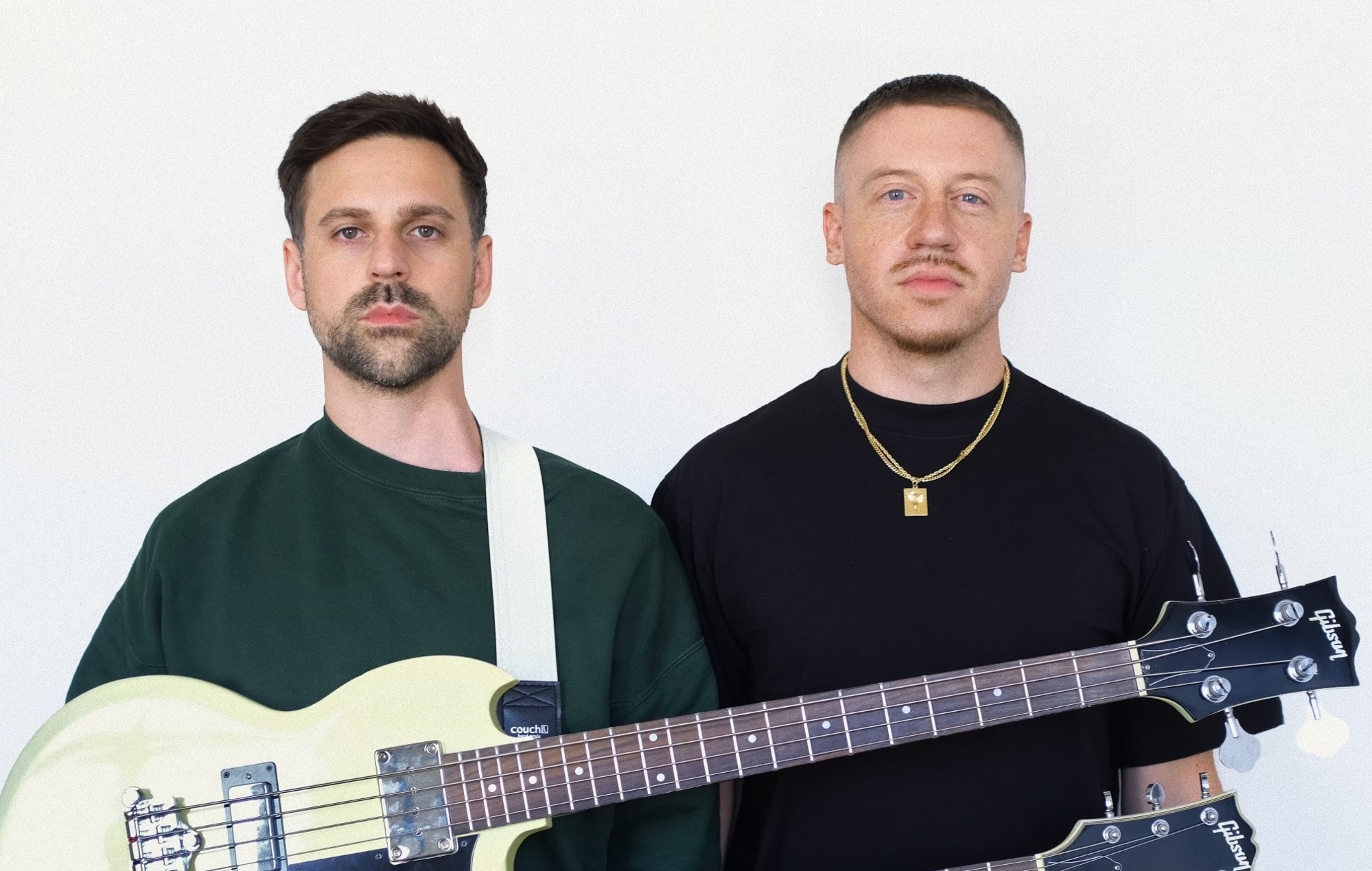 Macklemore has reunited with longtime friend and collaborator Ryan Lewis for his latest single ‘Next Year’ – listen to the brand new track below.

The rapper’s optimistic new single – which also features former Mainland vocalist and guitarist Windser – is his first new music in almost two years, and comes ahead of what he hopes will be a better year than the last.

“Next year’s my come up/ I’ve been lackin’ but I can feel that it’s the one/ All the last three-sixty-five-one sucked/ Like God group texted the world and dumped us,” he raps in the opening lines of the new track, calling to task the coronavirus pandemic that threw a spanner in the works of most peoples lives this past 18 months.

Armed with a positive outlook when thinking about what comes next for him, Macklemore continues: “I’m well aware the universe doesn’t owe me shit/ I know that, all of this pain means the growth, I think/ That next year’s gonna be better than this.”

Accompanying the Ryan Lewis-produced track is a hilarious set of visuals that finds the Seattle rapper surviving not only the grey skies of his city, but also car crashes, a barrage of stray gold balls and even the birth of a new baby with his wife, that may or may not be his neighbour’s.

Directed by Jason Koenig and Ryan Lewis, you can watch the video for ‘Next Year’ below:

“This is the first new music I’ve released in quite some time and I got to work with my guy Ryan Lewis, on production again,” Macklemore said of the new track and his reunion with Lewis. “Ryan first played this for me in his car, as a rough demo but it immediately stood out.  I then wrote a bunch of verses quickly and went down to LA to record. And with the time that had passed, I felt a little apprehension at first; however, once we started the creative process, it felt like we hadn’t skipped a day.”

Lewis added: “We hadn’t worked together in a few years and each of our processes had grown and evolved in that time working independently of each other, so it was scary and exciting to see how it would go getting back in the studio — all in all, it was like everything had changed and yet nothing had changed at all!

“Working on the song turned into working on the video, which then turned into late nights and a lot of laughing. It felt like a fresh start for our creativity and a reminder of the powerful force we make together – I missed my guy.”

‘Next Year’ is the first single from Macklemore’s upcoming yet-to-be-titled third solo album, which is the follow-up to 2017’s ‘Gemini’. Set to arrive sometime in 2022, next year will also see the rapper celebrate 10 years since the release of his debut studio album, ‘The Heist’, which won Best Rap Album at the 2014 Grammy Awards.