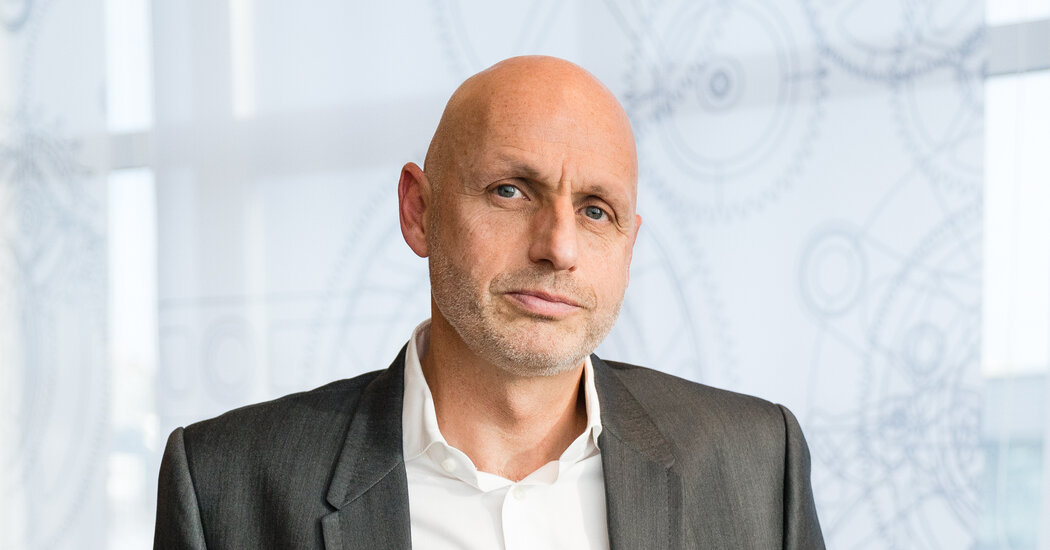 Stéphane Bianchi’s climb up the watch industry ladder may have happened in double-quick time, but the 57-year-old Frenchman said his three years at the helm of watch operations for LVMH Moët Hennessy Louis Vuitton had taught him that “the watch industry is a school of patience.”

“I wanted to redefine some watches and some movements, but you can’t make it like this,” he said, snapping his fingers during a recent video interview. “To define a good watch, you’ve got to work on it for five years. A movement takes five to 10 years. You can’t make watches quickly. This is what I’ve learned.”

He also described watchmaking as a “small world” where “finding the right experts is not so easy because everybody wants the same people.”

And LVMH has wanted Mr. Bianchi. In October, as part of a restructuring, he became president of the LVMH Watches and Jewelry Division, promoted by the LVMH Group’s chairman, Bernard Arnault, for the second time in two years.

The division had been composed of the watch brands TAG Heuer, Hublot and Zenith, and the jewelry brands Chaumet and Fred. With the restructuring, it now also includes Bulgari’s portfolio of jewelry, watches and hotels.

Jean-Christophe Babin, who has led Bulgari since 2013, now reports to Mr. Bianchi, who also became the 14th member of LVMH’s Executive Committee as part of his promotion.

Louis Vuitton, Dior and Tiffany & Company — all of which also make watches and jewelry — remain under separate management.

According to Mr. Bianchi, Mr. Arnault introduced the new structure to “rationalize the group organization.”

“We have to increase what I call mutual aid within the division and even outside the division,” Mr. Bianchi said. “There are no restrictions.” For example, he said, Louis Vuitton, which has its own watchmaking operation, could ask the division for manufacturing support.

Luca Solca, a luxury analyst at the research firm Sanford C. Bernstein, wrote in an email that the restructuring seemed to be “a move to ensure synergies within LVMH’s watch division are fully leveraged. It has an echo of what Richemont did a while ago, in an attempt to coordinate its watch brands.” In 2017 Jérôme Lambert, chief executive at Montblanc, was placed in charge of Richemont watch brands; he became Richemont’s chief executive in 2018.

Mr. Solca said Richemont’s restructure appeared to be paying off. “Look at the improvement in EBIT [earnings before interest and taxes] percentage that the division recently reported, up 20 percentage points,” he said. “Not that all of that was dependent on this move, but it does seem worth taking the trouble.”

Mr. Bianchi said the restructuring had taken the brands in his charge by surprise. “Even my C.E.O.s said, ‘What’s the division for?’” he said. “Now they are all very interested in having a division committee and speaking together.”

Unlike many senior watch industry executives, Mr. Bianchi has maintained a low public profile and gives few interviews. He spent more than 20 years building the French cosmetics group Yves Rocher — where he became chief executive in 1997 at 33 — and joined LVMH in late 2018 as head of what was then LVMH’s Watch Division, incorporating Hublot, Zenith and TAG Heuer, and as chief executive of TAG Heuer.

When Frédéric Arnault, Mr. Arnault’s son, took over as chief executive of TAG Heuer in 2020, the jewelry brands were added to Mr. Bianchi’s divisional portfolio.

“At LVMH, there is always a degree of healthy tension between individual brands and transversal resources” like manufacturing and marketing, Pierre Mallevays, co-head of merchant banking at Stanhope Capital and a former director of acquisitions at LVMH, wrote in an email. “Stéphane’s expanding remit and promotion to the Executive Committee underscore his growing influence.”

Mr. Bianchi will be expected to grow the watch and jewelry brands, which have been hit hard by the pandemic. LVMH does not disclose revenues by individual brand, but its 2020 annual report said sales in the category — which includes all of its watch and jewelry brands — fell to 3.4 billion euros (almost $3.9 billion) in 2020, down from €4.4 billion in 2019. The category accounted for 7 percent of the group’s €44.7 billion revenues that year.

Category revenues were expected to have risen significantly in the 2021 annual report, which was to have been released Thursday, but much of the increase will have come from Tiffany, a $15.8 billion acquisition that LVMH completed in January 2021 after a protracted legal battle.

Mr. Bianchi said he was unable to discuss figures, but, in 2021, “every quarter we were improving compared to 2019.”

As for the future, Mr. Bianchi said his division’s watch brands would focus on higher-priced products. That strategy is in line with the industry trend that, according to the Federation of the Swiss Watch Industry, shows average prices rising even as manufacturing volumes are declining. “This is where the growth is and the customer is following the trend,” he said. “Our average price is increasing every year.”

TAG Heuer is in the lower end of the division’s price range, but Mr. Bianchi said the brand was increasing the number of watches priced at more than 5,000 Swiss francs ($5,485) and approaching its average price target of 3,000 Swiss francs.

His ambitions should be helped by the continuing global demand for luxury watches and problems with supply chains. “In a way this isn’t bad because it creates desirability,” Mr. Bianchi said. “As Enzo Ferrari said, ‘Always produce one less than the market demands.’ Every one of our brands has some waiting lists.”

And, he added, limited-edition watches, such as the 100-piece, $106,000 Sapphire Rainbow watch made by Hublot in collaboration with Takashi Murakami or TAG Heuer’s Nintendo smartwatch, were selling out in hours.

But, he said, the division does plan to work with new technologies and features, like NFTs (nonfungible tokens), to grow business. (Some luxury watch brands already have sold NFTs, like the SF24 Tourbillon that Jacob & Company sold at auction for $100,000 last year.)

He said the path to using blockchain and other digital tools was clear for brands such as Hublot and TAG Heuer, both of which have luxury smartwatches. (Earlier this month, Hublot sponsored the Crypto Finance Conference 2022 in St. Moritz, Switzerland.)

Mr. Bianchi said he wanted to encourage a culture of experimentation across the division. “If it works, we go further,” he said. “If it doesn’t work, we’ll do something else. This is the entrepreneurial spirit of the group. It’s much more dangerous than doing nothing for three or four years.”