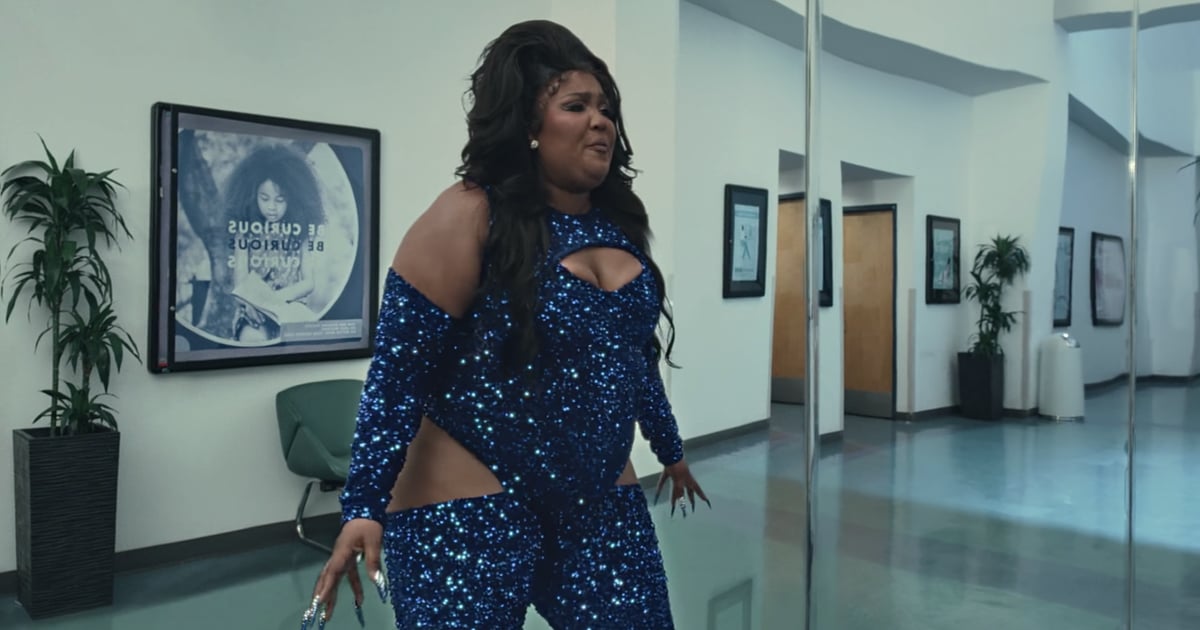 Lizzo just dropped the anthem of the summer, and her sequined cutout bodysuit truly captures the zeitgeist. Just as people around the world prepare to resume their prepandemic social lives, the Grammy-winning artist released “About Damn Time” on April 14, a feel-good song that would turn anyone into the most adventurous version of themselves.

The first scene opens on Lizzo taking part in a “Stressed & Sexy” support-group activity, dressed in a comfortable sweatsuit. When she’s called on to share a poem about something that makes her feel stressed and something that makes her feel sexy, all eyes turn to her, and she abruptly runs out of the room. We then get a glimpse of her full outfit: a monochrome set composed of a gray hoodie and sweatpants, styled with chunky white sneakers and matching socks.

As she brings us into the next scene, her alter ego slowly takes over, nudging her along and pushing her to exclaim, “It’s bad b*tch o’clock. It’s thick-thirty.” Shortly after, that second version of herself makes an appearance in the mirror, reminding her that she’s “too fine to be this stressed.” As the lyrics go, “Oh, I’m not the girl I was or used to be. B*tch I might be better!”

Lizzo fully transforms into her audacious persona, donning a disco-inspired look with big hair to match. Her royal-blue sequined bodysuit features a bold chest cutout, and she accessorized with matching long gloves and leggings. She kept her footwear casual and cool in white high-top sneakers. Her hair was styled into voluminous waves, while her soft glam makeup kept the focus on her outfit.

Ahead, bask in Lizzo’s ’70s-inspired glamour with scenes from the video.