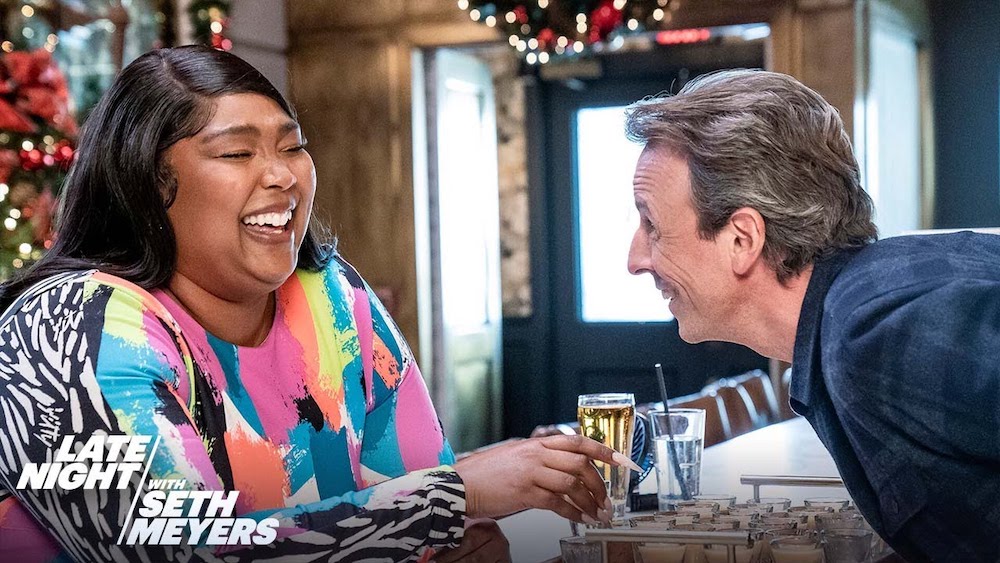 Lizzo is the latest star to go day drinking with Seth Meyers (previous day drinking buddies have been Lorde, Post Malone, and Rihanna, among others). Sitting down at Valerie in New York, the late-night host and Lizzo started off by taking shots from the — wait for it — shot flute. From there, the two played a drinking game where Meyers showed Lizzo a series of red carpet photos with the singer posing in various outfits. If Lizzo could guess where the picture was taken, Meyers takes a shot, and so on. They also drank Lizzo-themed cocktails based on her Special tracks, played a “Truth Hurts”-inspired game, and took turns breaking up with each other. Suffice it to say, both Meyers and Lizzo ended the segment totally plastered. Watch below.