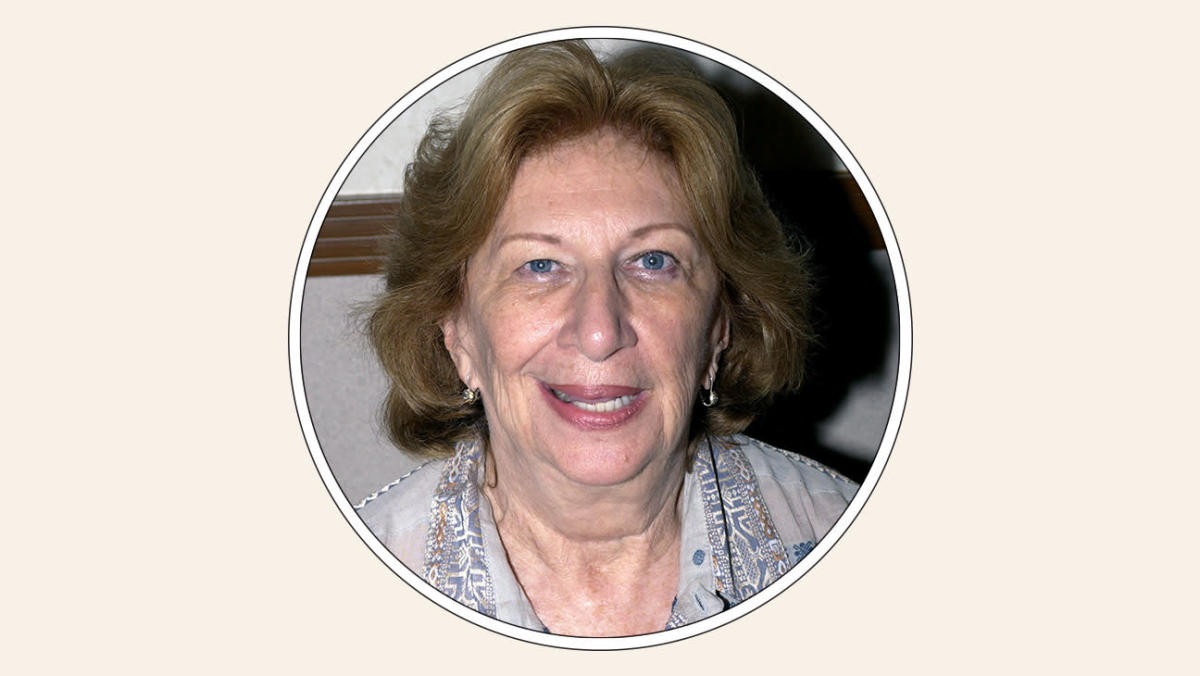 Liz Sheridan, the former Broadway dancer who had a memorable recurring role as Jerry’s supportive mother on Seinfeld and played the nosy neighbor Mrs. Ochmonek on ALF, died Friday. She was 93.

Sheridan died in her sleep of natural causes at her home in New York City five days after her birthday, her rep Amanda Hendon told The Hollywood Reporter.

In her book Dizzy & Jimmy: My Life With James Dean: A Love Story, published in 2000, Sheridan — nicknamed Dizzy since childhood — wrote about the romance she had with the brooding actor when both were starting out in show business in the early 1950s in New York City.

It was “just kind of magical,” the actress told People magazine in 1996. “It was the first love for both of us.”

Sheridan appeared as Boca Vista West, Florida retiree Helen Seinfeld (“How could anyone not like him?” she often says, referring to her son, though she did admonish him for making out during Schindler’s List) on all nine seasons of the NBC sitcom.

As the only recurring guest star to appear on every Seinfeld season from 1990-98, Sheridan was on the first and last episodes of the series as well as 19 others.

Jerry Seinfeld paid tribute to Sheridan on social media writing, “Liz was always the sweetest, nicest TV mom a son could wish for. Every time she came on our show it was the coziest feeling for me. So lucky to have known her.”

After Seinfeld went off the air, she and Barney Martin (he played Morty, her husband and Jerry’s dad) starred in a commercial for Denny’s, touting the chain’s Grand Slam breakfast — two fluffy hotcakes, two eggs, sausage and bacon for $2.99.

“It’s been difficult for Barney and I to get other work because we’re so associated with the Seinfelds,” the actress told Entertainment Weekly in 1998.

Earlier, Sheridan played the grumpy Raquel Ochmonek, who’s constantly bickering with her husband (John LaMotta) and peeking into the house with the extraterrestrial next door, on 24 episodes of ALF over the NBC comedy’s four seasons.

She also portrayed a woman who slips some Viagra into the drink of her unsuspecting lover (Andy Griffith in his final onscreen role) in the 2009 independent comedy Play the Game.

Elizabeth Sheridan was born on April 10, 1929, in New York City, the younger of two daughters of classical pianist Frank Sheridan and concert singer Elizabeth Poole-Jones. She was raised in the suburb of Larchmont, and her parents separated when she was young.

Sheridan was a dancer living in the Rehearsal Club, a chaperoned boardinghouse in the theater district for aspiring actresses, when Dean, then 20, came by for a visit in the autumn of 1951.

“Somebody brought him home,” she recalled in a 2009 interview. They discovered they had “this strange, kind of funny sense of humor and were attracted [to each other]. He borrowed my umbrella, which meant he had to come back. … We didn’t want to be apart. So we did what you didn’t do in those days, we found a place and lived together.”

Sheridan said Dean once proposed marriage and asked her to accompany him to Hollywood, but she turned him down. Instead, she moved to the Virgin Islands and “got a job singing and playing the piano in most every bar and saloon in the West Indies,” she said.

After about 15 years away, Sheridan returned to New York and appeared on Broadway in such musicals as Frank Merriwell, Happy End with Meryl Streep and Christopher Lloyd and Ballroom, directed by Michael Bennett (A Chorus Line).

She made her onscreen debut on a 1977 episode of Kojak and went on to work on other TV shows including Archie Bunker’s Place, St. Elsewhere, One Day at a Time, Newhart, Moonlighting, Herman’s Head, Family Ties, Hill Street Blues, Empty Nest and Life With Louie.

Sheridan was married to jazz trumpeter and writer Dale Wales from 1985 until his death in 2003. They were together since 1960 and had a daughter, who survives her.