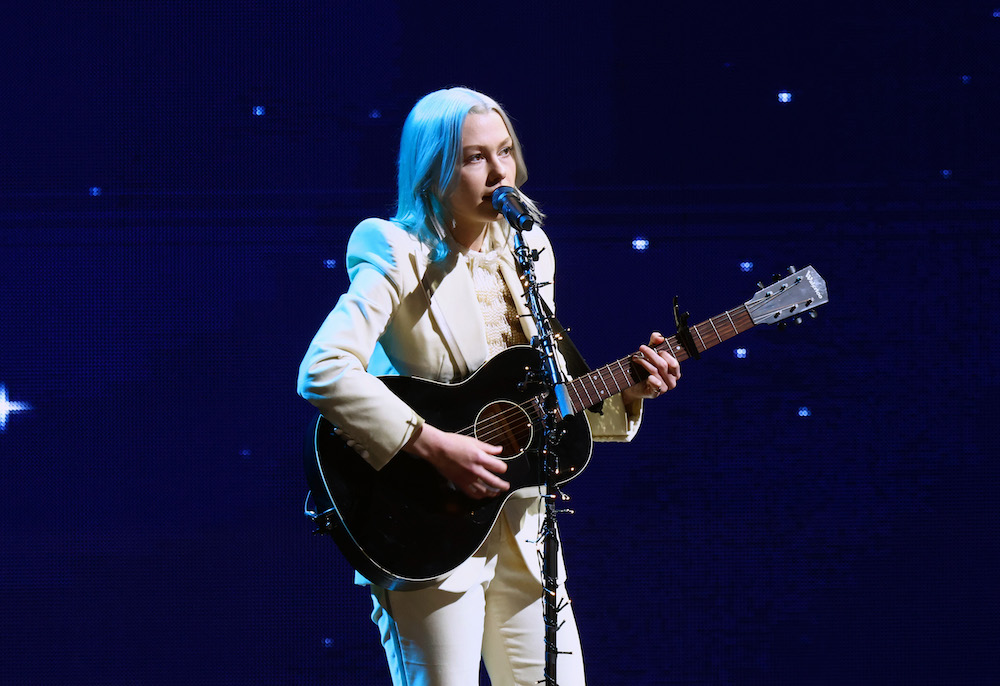 Earlier in the week, Phoebe Bridgers announced a new monthly show on SiriusXM called Saddest Factory Radio, taking its name from the record label she launched two years ago. The show premiered yesterday, and subsequent episodes will air on the first Thursday of each month. Also yesterday, the Billboard Women In Music Trailblazer premiered a cover of Billie Eilish’s “When The Party’s Over” on SiriusXMU with JaRon — check it out below.

Speaking of Billie and Phoebe, here’s a 2020 clip of Billie and her dad going back and forth about the moment they discovered Phoebe during a Battle of the Bands show in 2012, which Billie’s brother Finneas was also competing in. The anecdote is particularly entertaining when Billie ribs her dad for calling “hot pants” “pants”: “They’re called ‘shorts,’ dad.”