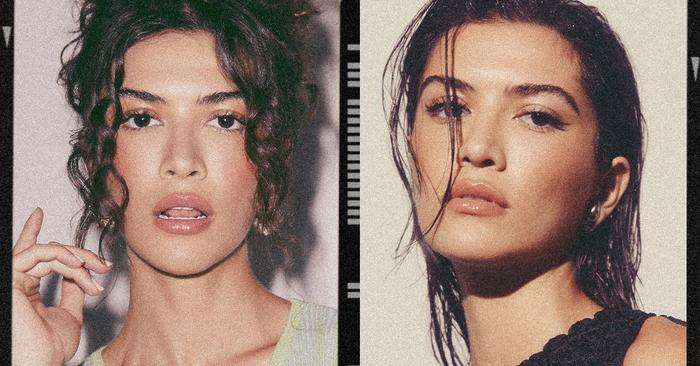 In Jess, Olivera found a fearless, smart, and ambitious young woman. “What I love about her the most is she has a lot of courage in every aspect of her life,” she says. “She shows courage in life because of the circumstances she’s in. She never had a relationship with her father. She’s going through the grieving phase after losing her mother. She’s a Dreamer, so she’s a recipient of DACA, so that in itself is another form of courage she’s had to put on. But she’s also courageous in her friendships. She’s not afraid to be wrong. She has courage in the fact that she’s constantly there for her friends no matter what. And she has courage in her belief in herself, and I think that’s really beautiful.”

Olivera’s entry point to the character came via their shared care for family and their Mexican heritage. Though Jess is first-generation and Oliviera is second-generation, they both have very strong ties to Mexico, which allowed the actress to relate to and understand Jess better.

While stepping in to lead a beloved franchise (and filling the shoes of Nicolas Cage) is no easy feat, Olivera took the responsibility seriously and felt safe in the hands of the creators who entrusted her with the role. It also helped that she had co-star Catherine Zeta-Jones to lean on. The legendary actress, who plays black-market-antiquities dealer Billie Pearce, was like a mother figure on set. “She was so willing to put me under [her] wing, and I really felt like she was going to take care of me,” Olivera shares. “She definitely pulled through for me in moments when I felt like certain set days were more difficult. It was a really grueling filming process. TV works really fast, and I was in almost every scene, so that was very tiring. Every single time she would come to set, she was constantly checking in on me. She was like, ‘How’s my princess?’”

For an actress early in her career, that kind of mentorship proved invaluable. Zeta-Jones also gave Olivera the reassurance to speak up for her needs and take her time. “She gave me a lot of encouragement, and it helped me feel less stuck in that process,” she says. “It was just really lovely to get to hear that she had had similar experiences herself and learned that… In a scene, don’t rush. Take your time. We can take it again if we needed to.”

It’s powerhouse women like Zeta-Jones as well as the likes of Sandra Bullock, Amy Adams, Viola Davis, and Sandra Oh and their diverse acting résumés (crossing over from TV to film and across comedy to drama) who continue to be an inspiration for Olivera. “They have had such longevity in their careers, and what more could I want in mine just starting out? I look up to them,” she says, her eyes starting to light up. Olivera’s exposure to the cinematic world started at a young age when her obsession with the animated film My Neighbor Totoro (“I watched it every weekend”) showed her that something existed in the world where she could escape, feel certain emotions, and be a part of a story that wasn’t her own. And it’s that transformative element that continues to fuel her passion for the craft.

The same goes for Olivera’s fashion philosophy. “I never want to be held to dressing one way,” she says of her ever-evolving aesthetic. When asked if she has any current style icons, she is quick to name Janelle Monáe—with whom she shares a stylist, Alexandra Mandelkorn. “She is constantly showing up to show out!” she says of the actress and musician. “With her, even when she shows up to the Met or any look in general, it’s just so uniquely her. And she can also do a variation of a bunch of different looks.” Similar to acting, red carpets offer Olivera a sense of escapism.

As for the National Treasure: Edge of History press, Olivera and Mandelkorn have some tricks up their sleeves. She can’t tell me much but says to expect some clever nods to the project and maybe some Latin American designers. “For me, I love a lot of patterns. In general, I think color is really brilliant, and if it’s done in a way that suits me, then I think we are hitting the money,” she adds.