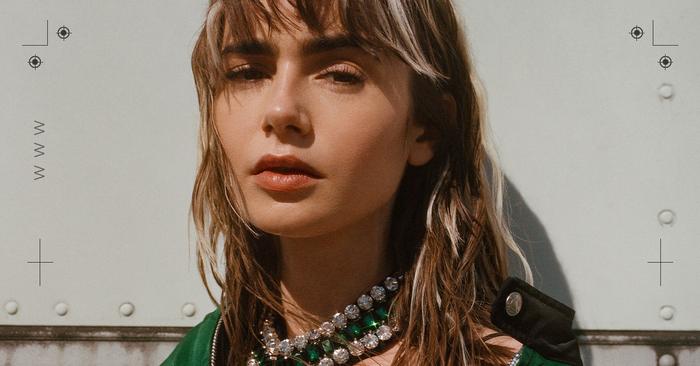 Since the smash-hit comedy series Emily in Paris first hit our Netflix queues in late 2020, all eyes have been on Lily Collins.

From its inception, Collins and the series’s influencer heroine, Emily Cooper, have captured our attention with their bubbly demeanor and vibrant parade of outfits that make the show a feast for the eyes, and this December, the Emmy-winning series returns to our screens for its much-anticipated third season.

Although this role is what propelled the actress to new heights of notoriety, Collins is also drawn to roles outside comedy and earlier this year starred in the dark drama Windfall. “I’ve always wanted to bop in and out of different genres never to be put in a box,” she explained.

While acting will always be part of Collins’s career, she’s experimenting with work behind the camera, too, and has been busy forging a name for herself in producing with credits on Windfall and Emily in Paris.

We caught up with Collins to discuss what Emily Cooper will be up to in the show’s third season, her foray into producing, and of course all things Parisian fashion. Below, read some excerpts from our interview, and tune in to the Who What Wear podcast to hear it in full.