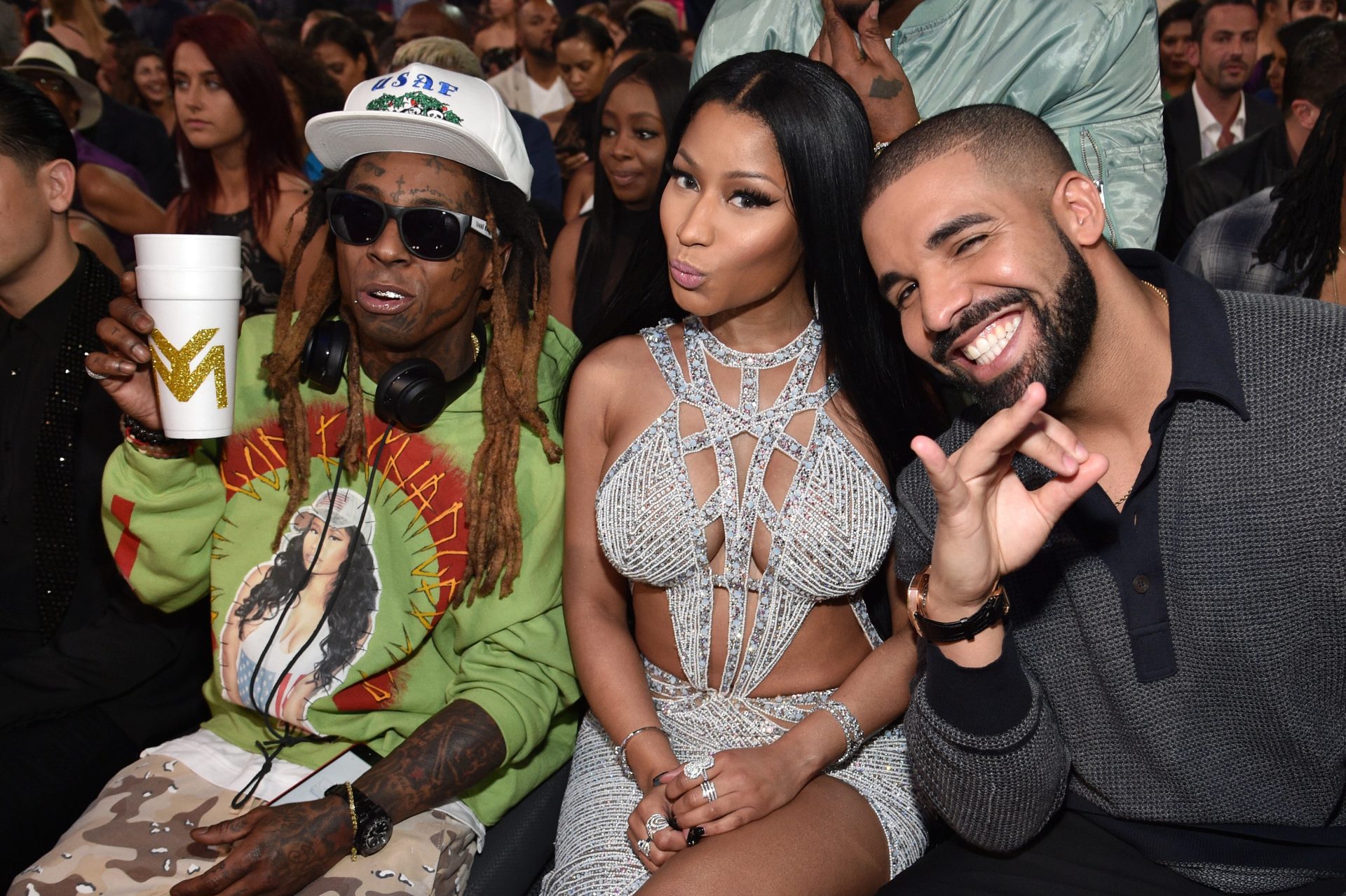 Saturday night Drake, Lil Wayne, and Nicki Minaj had fans in Toronto screaming YMCMB as they reunited on stage for the Young Money reunion, which was a part of Drake’s OVO Fest.

Fans gathered at the Budweiser Stage in Toronto to watch Drake, Nicki, and Wayne, who are often referred to as the “Big 3,” bring on the nostalgic vibes as they performed their hit records from the height of their Young Money reign. Before taking the stage together, Lil Wayne opened up the concert and performed a list of his solo hits.

After Wayne, Nicki Minaj hit the stage in a green Louis Vuitton look as she performed some of her classic solo records, and also gave another snippet of her new single “Super Freaky Girl,” which is dropping next week. She was also joined on stage by Skillibeng, as they performed “Crocodile Teeth,” and Skillibeng then performed his popular single “Whap, Whap.”

Drake hit the stage after Nicki to wrap up the solo performances before the reunion on stage.

Afterward, Drake, Nicki, and Wayne all appeared on stage and performed hits such as “HYFR,” “Moment For Life,” “Every Girl, “Up All Night,” and more.

They were also joined on stage by other Young Money members including Mack Maine and Jae Millz.

At the end of the night, Lil Wayne announced to the crowd that “Tha Carter VI” is coming soon.

The show was originally scheduled to take place this past Monday. However, things were rescheduled after Drake shared that he tested positive for COVID-19.

A few days later Drake shared that he tested negative, and the show was rescheduled for Saturday.