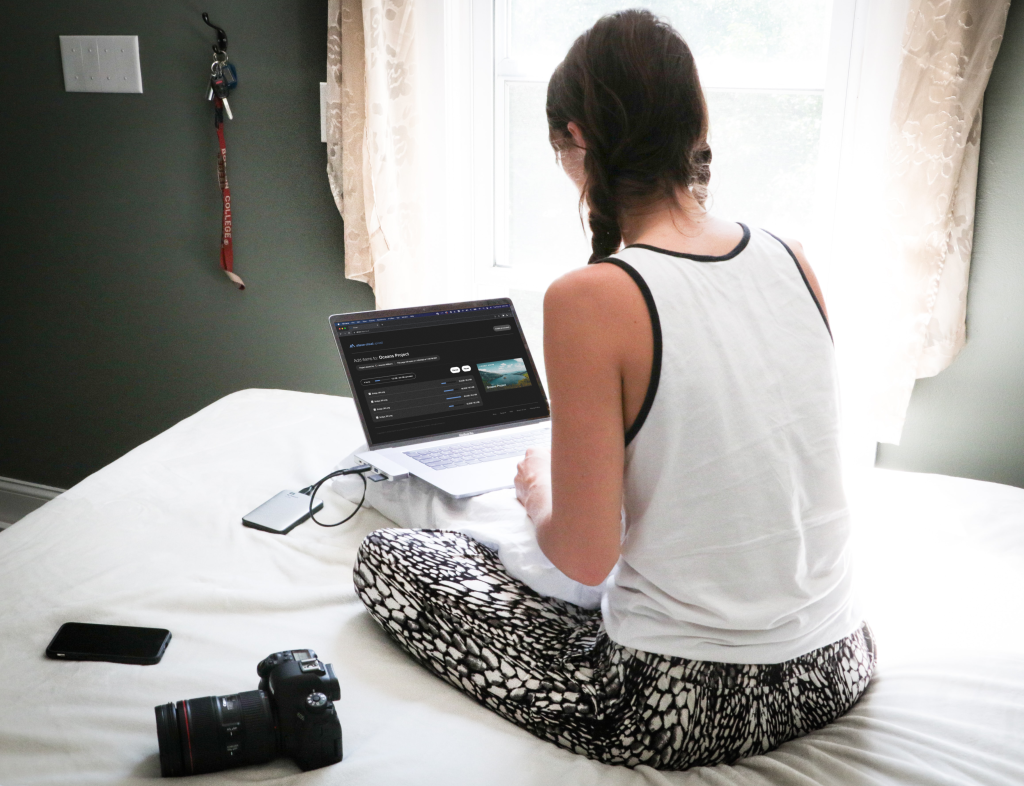 In the early 2000s, I started my creative agency. It was the dawn of the digital-content age, back when one of our biggest challenges were pressing DVDs and duplicating VHS tapes for “mass distribution”—which was about 50 to 100 copies. I had a handful of editing systems, and all our storage was locally connected to our computers. But because I’d assembled a talented creative team, we quickly began working with the likes of Universal Studios resorts and FEMA. Despite being unable to afford the most expensive resources at the time, my modest company was playing in the creator economy.

This isn’t unusual in the production industry. Still today, giant studios routinely rely on independent production companies and freelancers for basically every major television and film production. The content you love—created by Netflix, Apple, Disney and major movie studios—is almost all being shot, lit, edited and colored by independent creators.

Yet while the technology exists to bridge the gap between independent contractor and enterprise client, for a number of reasons, widespread adoption of that technology hasn’t happened. As the creator economy continues to grow annually at unprecedented rates, the clear lack of infrastructure is becoming an exponentially larger problem. Enterprise corporations want to partner with young, agile, inspired creatives—but those creatives can’t afford the enterprise-grade tools the corporations may want or expect. The media and production industry is ultimately in a transition period that will last years before the two worlds can be bridged.

Ad hoc solutions are fewer and farther between

By 2010, my agency was producing digital content for Fortune 100 and Fortune 500 clients—billion-dollar companies that trusted us with data that could impact stock prices and brand reputations. One client asked me to invest in a $100,000 firewall to block potential cyber threats from our editing server. I balked at the idea; instead, we simply never connected our servers to the internet.

That trick worked 10 years ago. Today, in an industry more reliant than ever on cloud-based tools, that’s not an option.

This anecdote illustrates a fundamental problem that persists today, more than a decade later. Too much is being expected of workers who don’t have the means to pay big costs out-of-pocket just to keep working. In fact, the premise is flawed: the onus should not be on freelancers to spend thousands of dollars each year for software subscriptions and security safeguards on top of the capital hardware costs needed just to work in the creator economy.

As an example, earlier this year, I heard from a content creator who’s working on a project for one of the largest studios in the world. They run a small production company and are, of course, expected to maintain their own infrastructure. So it was a critical hit when their prosumer server was attacked by a hacker who demanded a bitcoin ransom to unlock it. In this case, it wasn’t just the company at stake—the client’s assets were also at risk—but the responsibility for recovery lies solely with the business owner. You might argue that security infrastructure is a cost of getting into the creator economy, but where does that argument end? Where is the line drawn?

The most frustrating part of this conversation is that the technology to solve these problems already exists. Enterprises have access to it. Some may even use it internally. But while most software solutions focus on companies, independent creators get left behind.

The onus is on companies to find the right solution

Technology options for freelancers and SMEs are limited. So when they’re hired by an enterprise, the responsibility ought to lie with the enterprise to provide the independent contractors with the best possible tools. In an ideal world, this wouldn’t cost the company anything extra; it would simply be part of their everyday workflow.

Consider what a waste of time, money and human resources it is for enterprises to invest in custom-built internal solutions, specifically digital asset management systems, but still use an ad hoc combination of emails, hard drives and consumer SaaS solutions for working with outside contractors—and relying on those contractors to bring their own infrastructure. What did all that time and money go toward?

Unlike decades ago, when my production company was figuring out the best way to handle assets and ensure security, modern tools exist today that mitigate many of these tech problems. My new company, Alteon.io, is one of many working in this space; we democratize enterprise-grade production tools for content creators of all sizes. And we’re not alone. Enterprises are using Brightcove for video content distribution, Telestream for transcoding and mainstream tools such as Slack, Zendesk and Zoom for everyday workflows. Creatives, both independent freelancers and within enterprises, aren’t trapped the way they once were.

Yet the reality still hasn’t changed much. Freelancers are still struggling to keep up with their workloads and clients’ demands. And at the end of the day, as is often the case, it’s people at the bottom of the ladder who struggle the most.

Naturally, enterprises are difficult beasts to change. They are mired in bureaucracy and slow to change their ways. But as technology continues to revolutionize the creative industry, workflow shifts are inevitable. We could all be creating more quickly, easily and efficiently. I encourage all company decision-makers to take some time to investigate some of the truly top-tier solutions out there—and independent creators should take it upon themselves to be bold and recommend solutions to their larger clients. Based on a survey my company conducted with hundreds of production professionals in 2020, around 40 per cent of clients allow their freelancers to make recommendations about media storage and delivery methods. While not a majority, that fact tells me that a significant number of clients are open to following their contractors’ leads.

For too long, as much as technology has empowered creatives, it has also limited creativity itself. But technology is catching up to where creatives are operating. Now that we are at a point where we can break the mold, it would be shortsighted not to. By acting collectively, and embracing what modern technology has to offer, we can usher in a better future for the creative industry.