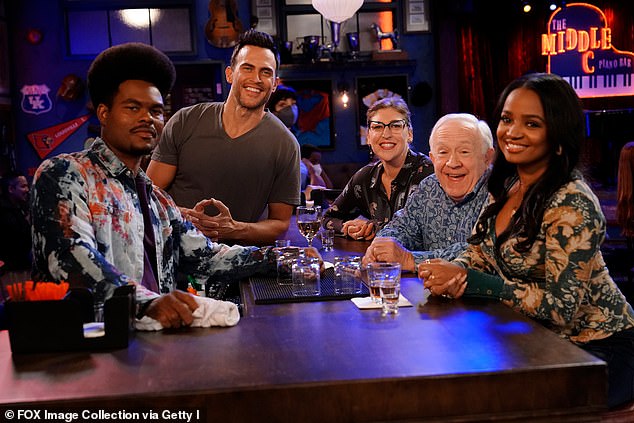 TV Line reported production on the show, which starred Mayim Bialik, has been put on hold for an indefinite amount of time following Jordan’s death.

Jordan, who has been playing cafe baker Phil since 2021, had already shot nine episodes of the current season. Four of those episodes have already been released on television.

On hold: The Fox series Call Me Kat has suspended production following the death of cast member Leslie Jordan

The Call Me Cat team are currently mourning the loss of Jordan.

Jim Parsons, an executive producer on the program, called Leslie an ‘absolute angel’ as he paid tribute to the late actor on Instagram.

‘If Leslie touched your life in any way, from near or far, you were never the same. Leslie was both a man of the earth and an absolute angel. He was funny as hell and had a depth of emotion that made everyone around him feel loved.

‘I am shocked and sad beyond words to learn of his death, but I am equally filled with immense gratitude at having crossed his path on his journey. Rest in peace, you good, good man,’ he captioned a photo of the late star. 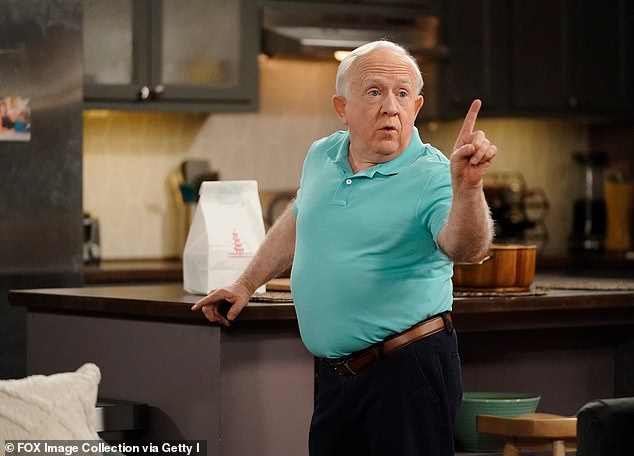 Jordan, who has been playing cafe baker Phil since 2021, had already shot nine episodes of the current season

A representative for Fox praised Jordan as they reacted to news of his death in a statement.

‘We are shocked and devastated by today’s tragic passing of Leslie Jordan,’ the statement obtained by TV Line read. ‘Leslie was far more than an Emmy Award winning comedic talent with whom we’ve laughed alongside for all these years. He was the kindest person you could ever imagine who simply lit up a room and brought pure joy and huge smiles to millions of people around the world. 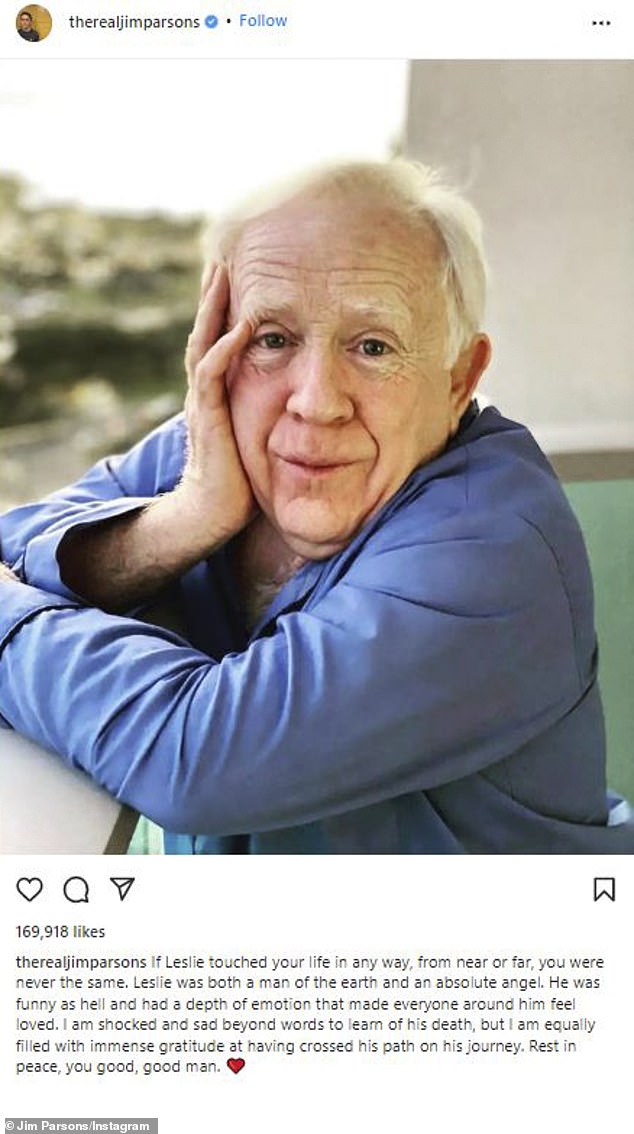 ‘An absolute angel’: Jim Parsons, an executive producer on the show, paid tribute to Jordan following his passing

‘The truest of Southern Gentlemen, Leslie carried an infectious exuberance, indelible sense of humor and, throughout, gifted us with countless fond memories that will last forever. As we grieve this sad news, we also wish to extend our most profound sympathies to Leslie’s family, friends and fans, whom he held so dear.’

And Warner Bros. Television, the studio behind the series, also released a statement regarding the death: ‘[We are] devastated about the tragic and sudden loss of our dear friend Leslie Jordan. Leslie was an extraordinary person and talent. He brought joy to fans across the globe. Our thoughts are with his family, friends, and fans at this time.’

Jordan died after suffering a medical emergency and crashing his BMW into the side of a Hollywood building on Monday. 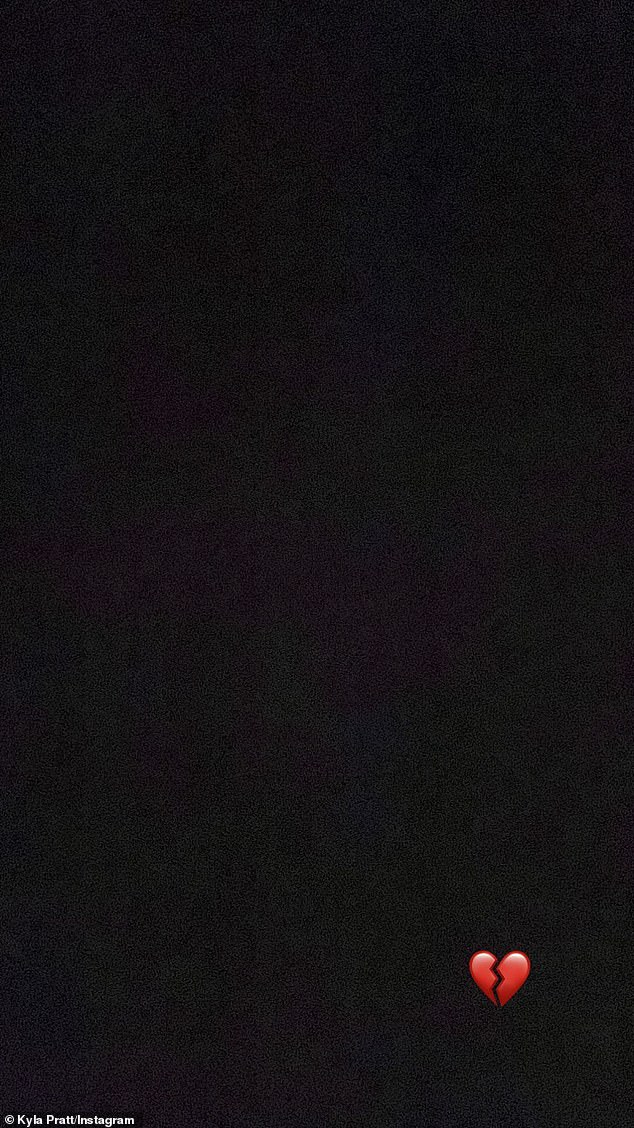 Los Angeles Police Department told DailyMail.com that they received reports that a car crashed into a wall located at Romaine Street and Cahuenga Blvd about 9.30am.

Jordan, who was known for his work on Will & Grace, Call Me Kat, and American Horror Story, was born in Chattanooga, Tennessee and lived in Los Angeles. He recently took up a career as a country singer and just teased about the release of a new song a day before he died.

He won an on outstanding guest actor Emmy in 2006 for his role as Beverly Leslie in NBC’s hit show ‘Will & Grace’ on which he had a recurring role. 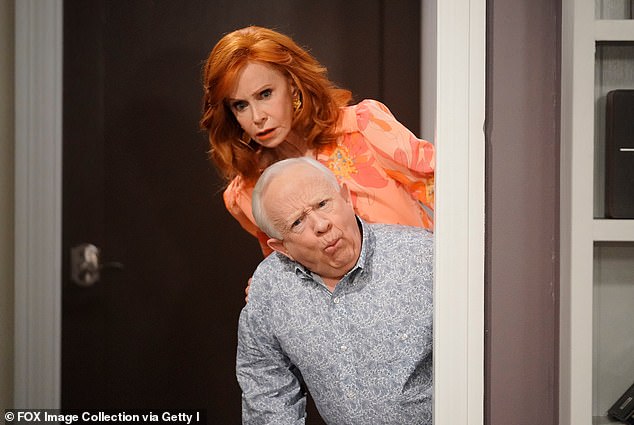 ‘The kindest person’: A representative for Fox praised Jordan as they reacted to news of his death in a statement