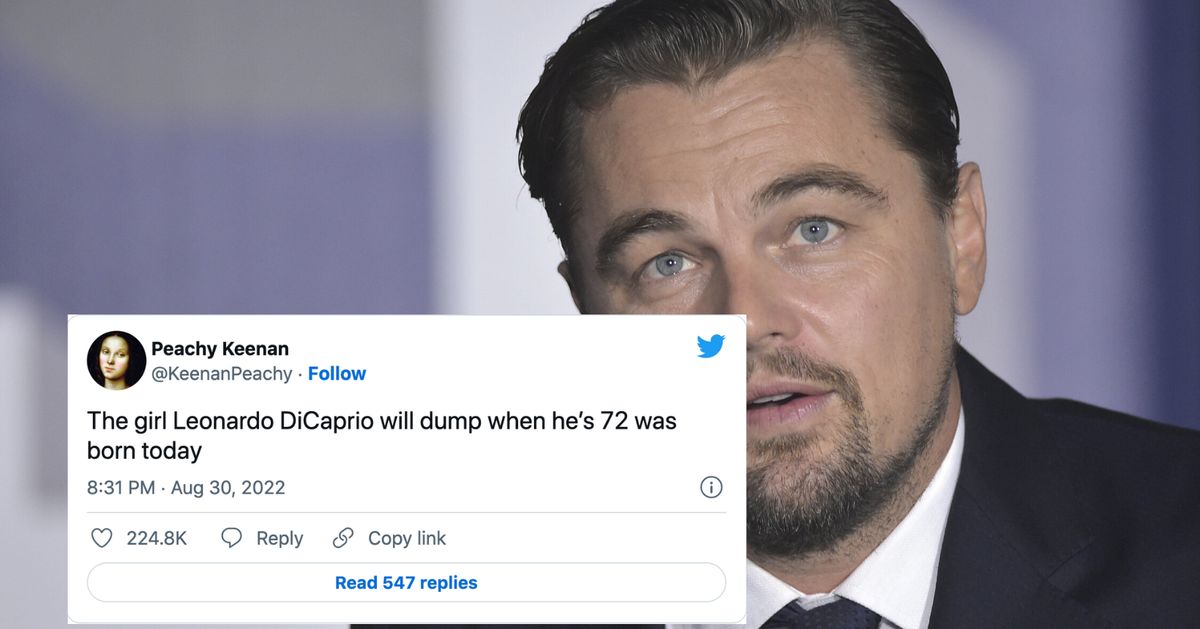 Sure, jokes about Leonardo DiCaprio’s habit of dating very young women feel about as old as the 1912 sinking of the TItanic. But unlike the famed ship, they rarely tank.

Yet, when Twitter users pointed out that the 1997 film “Titanic” — which launched DiCaprio into superstardom — was also turning 25 this year, users latched on to the new material like Rose to a floating door.

But — of course — jokes about “Titanic” were only the tip of the iceberg.

Below are other hilarious cracks made about the star’s habit of dating women under 25. Check them out below — but note, we only included 17 because we didn’t want the joke to get too old.