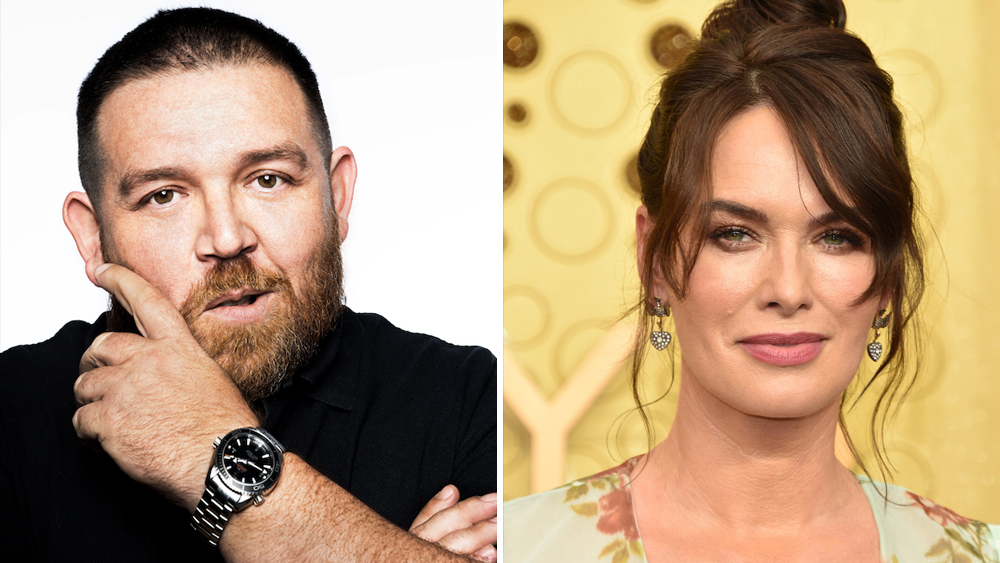 EXCLUSIVE: Nick Frost (Hot Fuzz) and Lena Headey (Game Of Thrones) have been cast as the leads in comedic thriller Svalta, which will reteam the two actors after they starred together in Fighting With My Family.

Scheduled to shoot in Finland next year, the film will follow a family on their summer vacation to a remote island with a dark past. There, they discover that a serial killer is on the loose and that unfortunately for them, the hostile locals have no interest in helping them.

Pic will be directed by Steffen Haars and Flip van der Kuil and is written by Brit comedy actor Frost who will reunite on-screen with his Fighting With My Family co-star Headey. Wayward Entertainment, Resolute Films, Film Service Finland, XYZ Films and Frost are producing, with XYZ Films handling world sales.

Steffen Haars and Flip van der Kuil first rose to prominence as founding members of the Dutch comedy group New Kids. Among their films to hit at the Dutch box office are New Kids Turbo, Bro’s Before Ho’s and Ron Goossens: Low Budget Stuntman. All four of their features have played in selection at Austin’s Fantastic Fest where they have been awarded jury prizes including Best Feature and Best Director.

Frost is well known for his roles in Shaun Of The Dead, Hot Fuzz, The World’s End, and Paul. Recent credits include the aforementioned Fighting With My Family, HBO series The Nevers and CBS’s Why Women Kill.

Headey is best known for HBO smash Game Of Thrones, and movies Dredd, The Purge, and Fighting With My Family. She will next be seen in HBO series The White House Plumbers.

Frost said: “Take a gentle English family and send them on holiday to a tiny Swedish island full of maniacs. Simple. Not so much Nuts In May. More ‘Nuts in Mayhem’. After working with Lena in Fighting with My Family I couldn’t imagine anyone else in the world I’d want to play Susan. So I was absolutely thrilled when I heard she’d not only read the script but she actually liked it enough to do me the great honour of saying yes and once again being my on-screen wife.”

XYZ is in post-production on Netflix original Havoc, directed by Gareth Evans and starring Tom Hardy and Forrest Whitaker. Recent movies include Blackberry, which recently sold to IFC Films, and the Justin Benson & Aaron Moorhead film Something In The Dirt which premiered at Sundance 2022.

Frost is repped by Independent Talent Group and Think Tank Management. Headey is repped by CAA and TMT Entertainment Group.