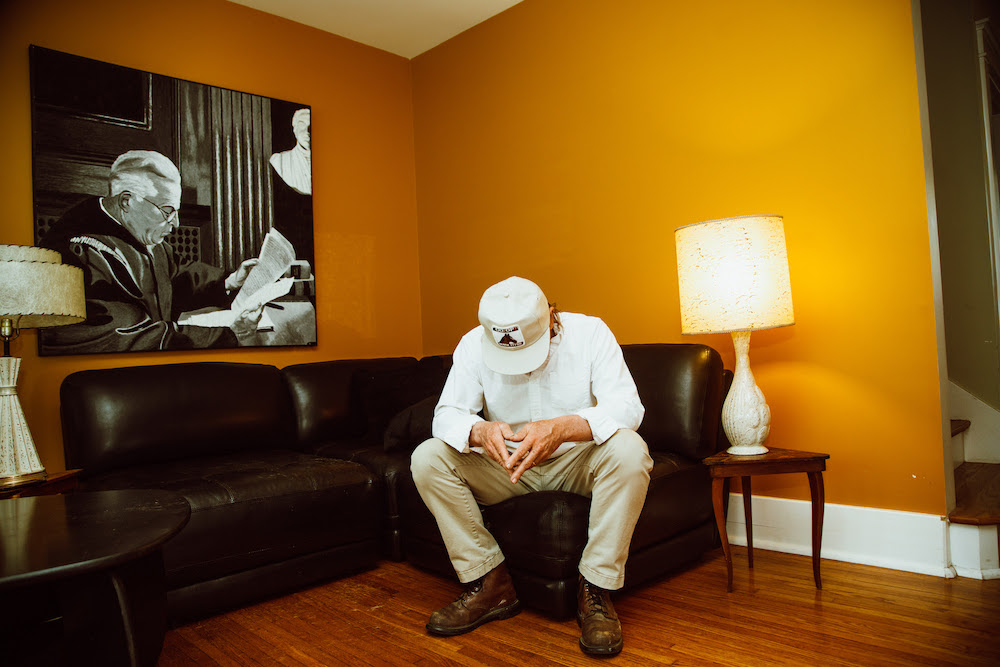 Next month, Kurt Wagner is releasing a new Lambchop album, The Bible, the follow-up to last year’s Showtunes. We’ve already heard its lead single “Police Dog Blues,” and today Wagner is sharing another song from it, the soft-focus ballad “So There,” which comes with a music video directed by Isaac Gale that, like his previous one, messes with visual effects software.

“‘So There,’ in my head, addresses the idea of showing up, being there for your friends and for things that we believe to be right and true,” Wagner said in a statement. He continued:

But also wondering if that alone will ever be enough. I was reflecting on this during the time I was immersed in the scorching Minneapolis summer of 2021. Stuck in traffic staring at a Grateful Dead bumper sticker, parked daily under a highway billboard sign with ‘Cloudy Forever’ sprayed on its pole. Flies in the vehicle, an underlying sense of dread on the streets, waiting for the sun to burn away the morning’s haze.

Watch and listen below.