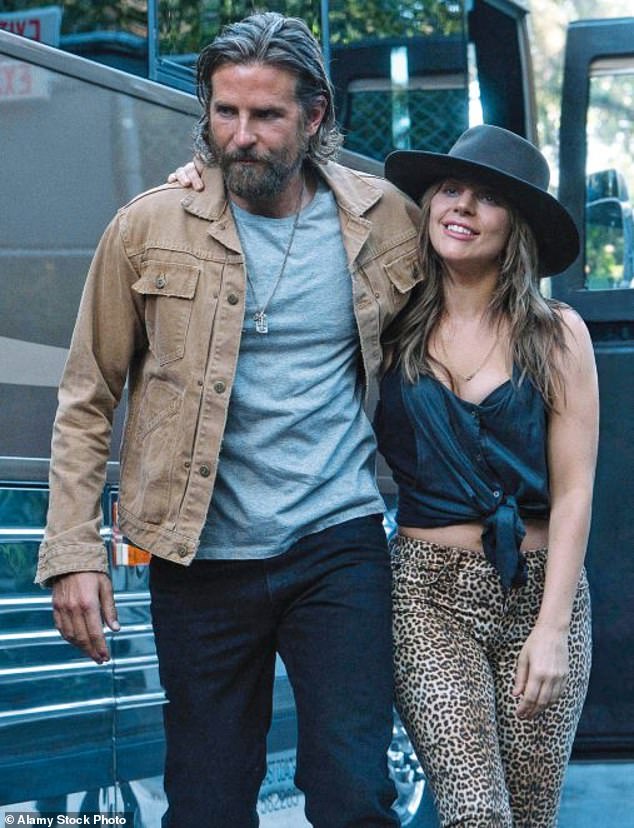 She earned a Golden Globe nomination for her role as Patrizia Reggiani in House Of Gucci.

But Lady Gaga consulted her former A Star Is Born co-star Bradley Cooper before officially taking on the role in the controversial film.

‘I’ve always appreciated his support’: Lady Gaga consulted her former A Star Is Born co-star Bradley Cooper before officially taking on the role in the controversial film

After the two starred together in their Oscar-winning movie A Star Is Born, Gaga explained she has been able to ‘read lots of scripts and talk to lots of different directors.’

And she still seeks advice on her acting career from Cooper.

‘Bradley Cooper believed in me for the role of Ally Maine in A Star Is Born. It was the success of our artistic collaboration that landed me where I am now,’ she explained.

‘I’ve confided in Bradley for years and I’ve always appreciated his support and his advice, his thoughts on my future endeavors,’ she said.

Going for the gold! Gaga was nominated for a Golden Globe for her role as Patrizia Reggiani in House Of Gucci

In A Star Is Born, Cooper plays a musician named Jack who helps a young singer named Ally (Gaga) find fame as age and alcoholism send his own career into a downward spiral.

He gushed about working with the Bad Romance hitmaker despite many critics who felt the role was ‘stunt casting’ at the time.

He told The Hollywood Reporter: ‘A Star Is Born is such a specific thing, and there was always a meta element to the project. She’s just so terribly charismatic and beautiful… 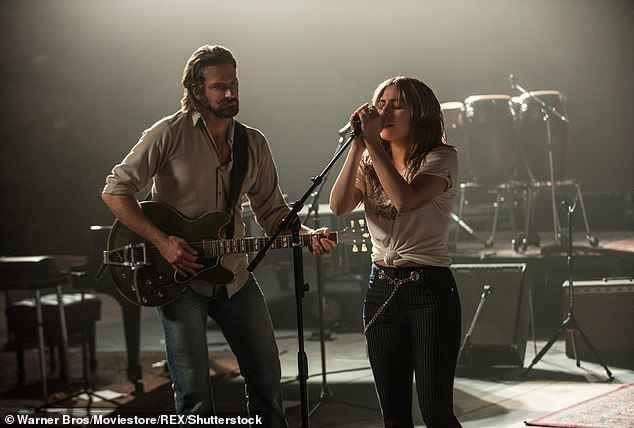 ‘I’ve confided in Bradley for years’: The songstress still seeks advice on her acting career from her former co-star

‘When I met her, I thought, “If I can just harness that… then it’s just for me to mess up.” But then, when we started working together, I realized, “Oh, oh, the sky’s the limit in terms of what she’s able to do and her commitment level.”‘

Gaga received her very first Oscar award for Best Original Song for Shallow and was also nominated for Best Actress. Cooper was also up for Best Actor.

The singer-turned-actress was back in the headlines yesterday after she was nominated for a Golden Globe for Best Actress for her role in House Of Gucci.

To get into character Gaga – who has been open about having PTSD after being raped by a music producer 20 years her senior – used her real life trauma to driver her performance in front of the camera.

She told THR: ‘I took the pain I feel from being attacked when I was a young girl, from feeling left behind by people that I love, from feeling trapped that I can’t go out into a world that I love. I took that pain and I gave it to her.’

Gaga also prepared for the role by speaking in an accent for nine months, writing an autobiography from Patrizia’s perspective, and somewhat distancing herself from her family, according to Awardist.

Yet the actress has come under fire her role in the movie which follows the family’s scandal when Patrizia ordered a hit on fashion heir ex Maurizio Gucci, played by Adam Driver.

The Gucci family were not pleased with the film, saying in a statement that the portrayal ‘couldn’t be further from the truth’ and that they take issue with how members were painted ‘as thugs, ignorant and insensitive to the world around them.’ 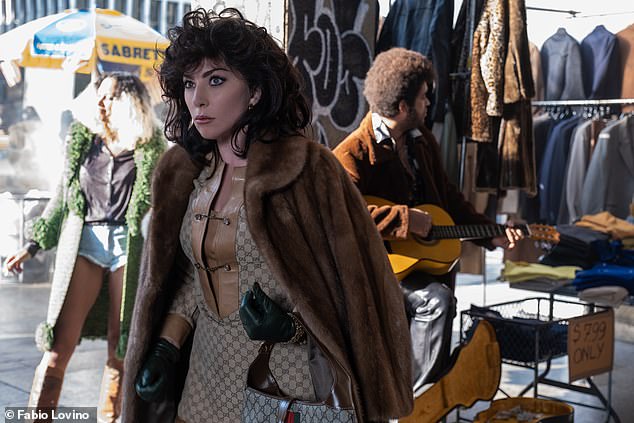 Backlash: Gaga came under fire for her role in House Of Gucci which follows the family’s scandal when Patrizia ordered a hit on fashion heir ex Maurizio Gucci, played by Adam Driver