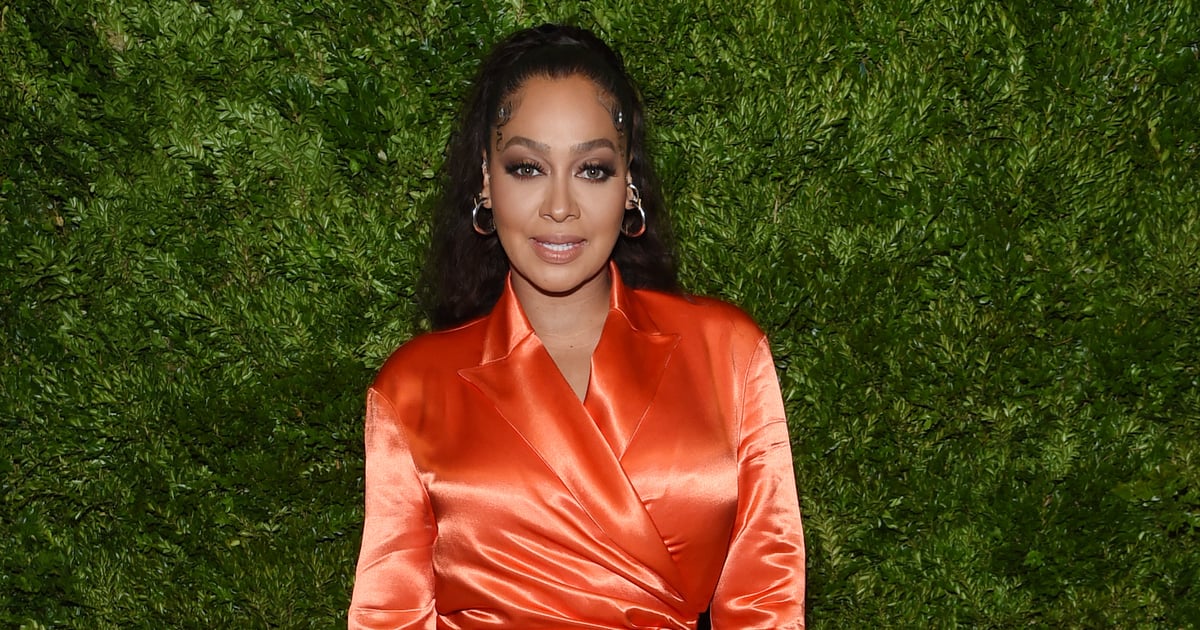 For many millennials, growing up in the ’90s and ’00s meant one show typically dominated your after-school routine: “Total Request Live.” Affectionately called “TRL,” the show aired on MTV for 10 years, from 1998 to 2008, and featured a roster of VJs (video jockeys) who counted down the top 10 music videos of the day. Few people understand the cultural impact of “TRL” better than La La Anthony.

In the early 2000s, Anthony was getting her big break as a “TRL” host. Interviewing superstars back then undoubtedly prepared her for some of the roles she’s stepped into recently, like hosting Vogue’s Met Gala red carpet live stream in May.

For fashion’s most celebrated occasion, Anthony opted for an open-shoulder, burgundy dress by her friend LaQuan Smith. “I wanted to support him, [and] I wanted to support a Black designer,” Anthony tells POPSUGAR. “We just played around with the Gilded Glamour theme. We were really happy with how everything turned out. It was a great collaboration and definitely a look I’ll remember forever.”

She paired the dramatic silk gown with a striking Laurel Dewitt headpiece, slightly tilted toward one side. On the accessory front, she chose diamonds by David Yurman, including teardrop diamond earrings and bracelets. Christian Louboutin heels were the finishing touch. “Bringing in the hat made it feel like Gilded Glamour,” Anthony says. “There were Swarovski crystals all throughout the outfit, which gave it that extra pop of glamour. We hit [the theme] in a couple different departments; I love the rich ruby color. It put me in that Gilded Glamour mindset.”

As an ambassador for PrettyLittleThing, the 39-year-old actress, author, producer, and entrepreneur is looking to channel some of those lavish design flourishes into her latest edit for the ecommerce giant. With 20 looks total, Anthony’s curation — which she describes as “edgy and bold” — features pieces that are easy to mix and match depending on your summer style.

“There are prints and bright colors that can be taken from day to night,” she says. “I always feel like with outfits, you want to be able to get so many uses out of them.”

Anthony is especially fond of the coral matching set in her new PLT edit that includes a bandeau top and wide-leg pants, both of which are hallmarks of 2000s fashion. “A lot of the dresses are really cool, too,” she adds. “They have cutouts in all the right places to give you that sexy, edgy vibe.”

With 2000s fashion trends top of mind, Anthony walked POPSUGAR through the nostalgic styles she wore during her “TRL” days that she’s likely to re-create today.