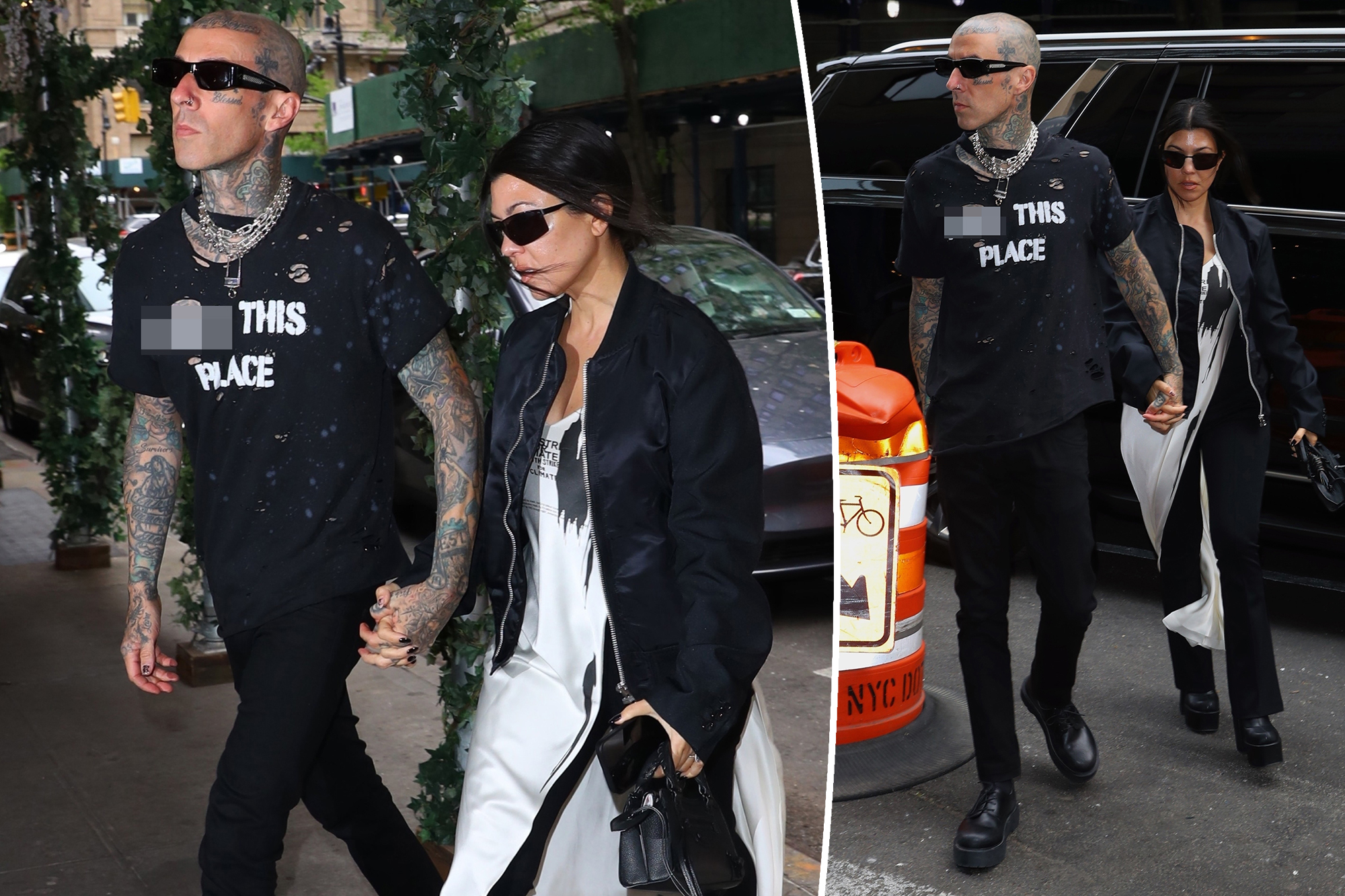 In video exclusively obtained by Page Six, the pair can be seen holding hands as they make their way inside the Ritz-Carlton Central Park.

Neither the Poosh founder nor the Blink-182 drummer has attended the exclusive soiree prior to this year’s “Gilded Glamour”-themed fete.

Fresh off a PDA-packed vacation to Milan and Lake Como, Italy, Kardashian, 43, and Barker, 46, complemented each other with matching black-and-white outfits, with the rocker choosing a T-shirt with an aggressive message on it: “F–k This Place.”

This year’s Met Gala is a special one for the powerhouse family, as it is the first time all of the Kardashian-Jenners have been invited.

Khloé Kardashian actually hit back at a fan in March who deigned to presume she was not “important enough” to score an invite after she seemingly did not walk the red carpet at the Vanity Fair Oscars bash.

“What so Khloe was there but not important enough to walk the red carpet and than [sic] to ad [sic] insult to injury she is the only Kardashian not in the met gala,” the critic commented.

Khloé, 37, then called out the troll for her misinformation.

“I don’t know what on earth you’re talking about and where you think you come up with these stories that you assume are facts,” she wrote. “Both of your comments are untrue babe.”

The Good American co-founder will prove the haters wrong at Monday night’s event alongside all of her sisters, including Kim Kardashian and boyfriend Pete Davidson, who just made their debut at the White House Correspondents’ Dinner.