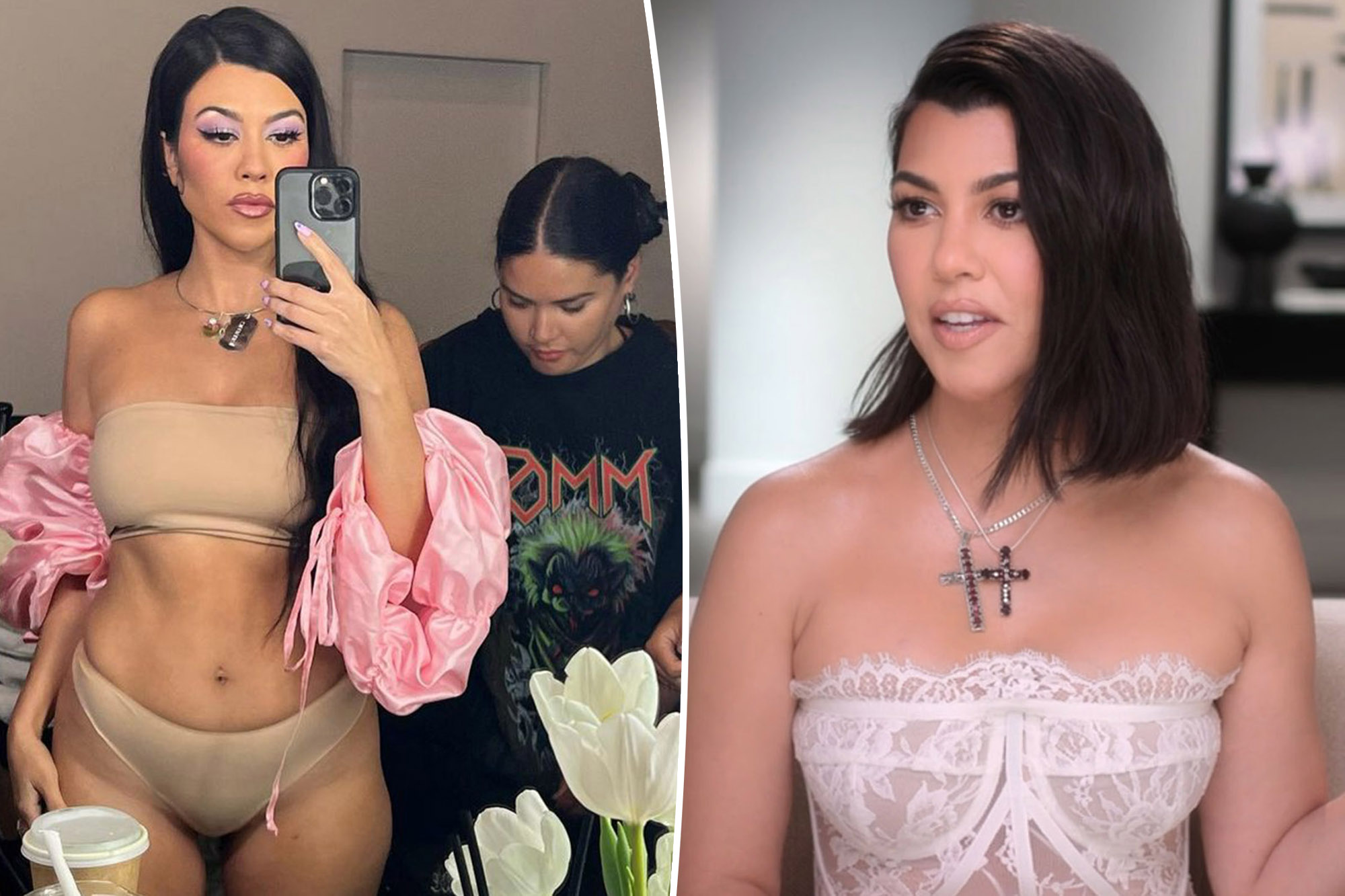 Kourtney Kardashian is embracing her “thicker body” after IVF treatments — and so is her husband, Travis Barker.

“Every day, Travis is like, ‘You’re perfect,’” the Poosh creator said on Thursday’s episode of “The Kardashians.”

She continued, “If I make one complaint, he’s like, ‘You’re perfect. You’re so fine… You’ve never been better.’”

The reality star, 43, went on to say that while she is “now so into” her body, she initially struggled with her weight gain.

“It’s taken me a lot to get me to the place of feeling really comfortable and happy with the changes,” the Lemme creator explained.

“Having a partner who is so supportive of me and always complimenting me, no matter what, it’s just helped me to really embrace the changes and actually to the point where I love the changes now.”

The “Keeping Up With the Kardashians” alum praised her “amazing” butt before revealing her current weight.

The Hulu personality noted that she feels “cringey” looking back at her skinnier self because she was “super anxious” at that time.

“I’m so into my thicker body,” Kardashian said. “I used to always say this: When I’m super skinny, just know I’m not happy. … Not about eating. Not about staying at a certain weight. But, like, just in toxic relationships.”

She and Barker, 46, wed in May and were vocal about having a child together before tying the knot.

The couple’s IVF journey has since been documented on both “Kardashians” seasons.

As the duo try to conceive, Kardashian’s pregnancy status is often speculated about via social media, with the former E! personality clapping back at rumors in December 2021 and in September.

“Everyone always comments in every photo, like, ‘I’m pregnant,’” she said on Thursday. “Obviously we wish that, but if it’s in God’s plan, then it is.”