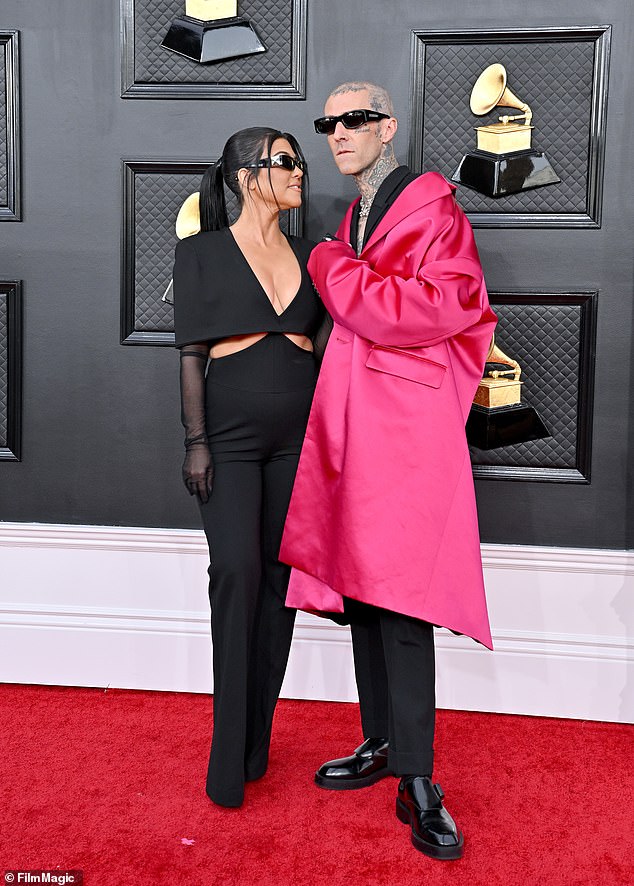 Kourtney Kardashian and Travis Barker SHOCK wedding! Reality star, 42, and drummer, 46, ‘tie the knot at 1:30am in Las Vegas chapel hours after Grammys in ceremony officiated by Elvis impersonator’

By Justin Enriquez For Dailymail.com

Kourtney Kardashian and Travis Barker privately married at a wedding chapel in Las Vegas at 1:30am Monday just hours after The Grammy Awards.

The 46-year-old reality star and 42-year-old drummer took their opportunity in Sin City to tie the knot according to a Tuesday morning report from TMZ.

It was a private early morning affair as sources told the publication that the famous pair did not allow the venue to take any phones and opted to bring their own photographer and security.

DailyMail.com has reached out to both Kardashian and Barker’s reps for comment and have yet to hear back.

Newlyweds! Kourtney Kardashian and Travis Barker privately married at a wedding chapel in Las Vegas at 1:30am Monday just hours after The Grammy Awards

Insiders close to the couple say that they came prepare with a marriage license which they presented to the chapel’s owner who also served as a witness.

One very interesting note is that sources for TMZ also claim that it was important for the couple to have an Elvis Presley impersonator to officiate the wedding so the ‘King Of Rock And Roll’ pronounced them man and wife.

The ‘shotgun wedding’ will not be the only ceremony to celebrate Kourtney and Travis’ union as the publication was told there would be ‘several’ other celebrations to follow.