Style Points is a weekly column about how fashion intersects with the wider world.

Back in 1988, Working Girl’s Tess McGill cloaked her “bod for sin” in oversized blazers and high-neck blouses. Since then, that classic idea of workwear has persisted, despite the every-day-is-casual-Friday mode of startup culture and the changes in work (remote, hybrid, freelance) wrought by the pandemic. If you want to look put-together for a meeting, you still probably throw on a blazer; in a more buttoned-up environment, maybe it’s a suit.

“Work has transformed, but the way we dress for work hasn’t,” says Shopé Delano, the brains behind the ethical fashion label Kind Regards. The new line is intended to serve what she calls “an emerging psychographic of women who are more self-defined in their thinking around work.” The brand began as an open letter that went viral on Instagram. (According to Delano, it’s been seen, liked, shared, and commented on over 100,000 times.) It lamented the way we’re expected to monetize so many aspects of our lives under capitalism, with deleterious results, arguing that we are “side hustling our way into a mental health crisis.” One commenter wrote, “I might need to unpack why this made me cry. Thank you.” 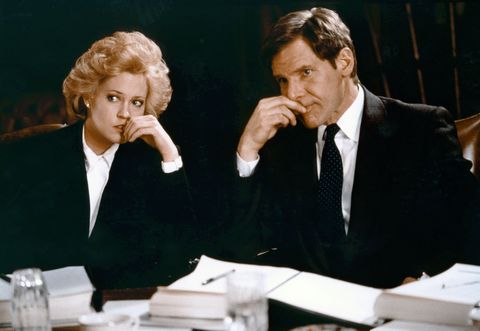 The conversation was an opener to creating clothing that Delano hopes will address, if not the structural problems of work, some of the particular challenges working women—admittedly a white-collar and relatively privileged swath of them—face right now in a changing landscape. “I know a lot of women who have had big, drastic career changes in the past year, whether that’s leaving, launching a business, or taking two years out to look after their child.”

Delano had been navigating a hybrid career well before the pandemic. In fact, the concept for Kind Regards grew out of her double life bridging fashion and the corporate world. She worked in traditional tech startups, venture capital and growth equity, “so I was always surrounded by a very stringent, corporate way of dressing.” At the same time, she was moonlighting as a fashion influencer, which she calls “a total alter ego situation. I’d go to the office in the morning and then I might have a shoot in the evening, and I can’t get changed, right? So it’s like, ‘How do I go from working at a venture capital fund to doing a shoot for Nike and still manage to look like I belong in both environments?’” 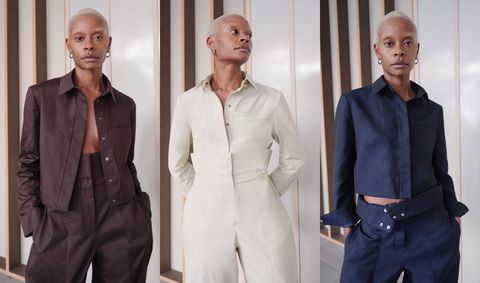 Two Kind Regards pieces that can be styled in multiple ways.

Shope Delano/Courtesy of the brand

The athleisure-meets-cubicle styles that marked “this emergence of what I call tech-bro fashion” were not the answer to Delano’s plight. While they did come with all the performance-wear bells and whistles, they were also “glorified exercise clothes,” she says. “It’s nice that it’s sweat-wicking, but I’m not going on a hike. I’m going to the office.” Delano surveyed women and found that while everyone craved comfort, “we still want to get dressed in actual clothes and feel stylish.” When dreaming up her line, she kept in mind the needs of women at different life stages, “whether that’s slightly older women who are leaving the workforce because they want to look after kids, or women closer to my age, late twenties, early thirties, who don’t have kids yet, who are leaving the workforce for six months to travel or try that creative project, or slowly transitioning out of full-time work into freelance.” With careers becoming more fluid and less linear, “there is a practical element to work that involves moving around so much more than we used to. We used to just sit at a desk 9-5, commute in, commute out.” 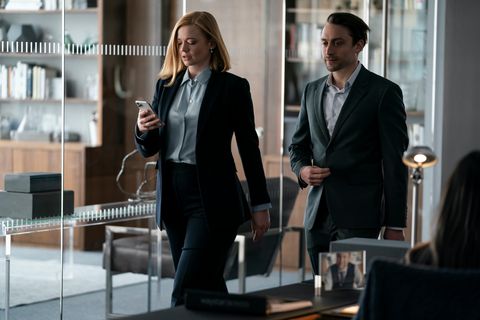 Sarah Snook as the buttoned-up Shiv Roy on Succession.

Delano is her own best test case. She’s Zooming with me from a London café, a setting which often serves as her HQ later in the day, after working from home in the A.M. For those like her, constantly on the go, it made sense to create what she dubs a “jumpsuit-suit hybrid, if you like” as the line’s first drop. Working with designer Natàlia Barros Vives, formerly of Paloma Wool, she created a two-piece jacket and trouser set that can be worn together for the appearance and feel of a jumpsuit, or styled with a dress shirt underneath it for a more corporate vibe—or a T-shirt for a casual Hailey Bieber effect. The pants have a peplum and an adjustable waist. Breathable fabrics (the jumpsuit is made from deadstock sourced from Italy) and a loose fit were crucial, as was real-world appraisal. “We wear-tested it a lot: sitting down, standing up, bending down, even having women with babies lift their babies up wearing the jacket to see if [the fabric] pools.” Comfort was also key, Delano says: “I can’t be bothered to wear things that aren’t comfortable anymore. I feel like I’m too old for it.” 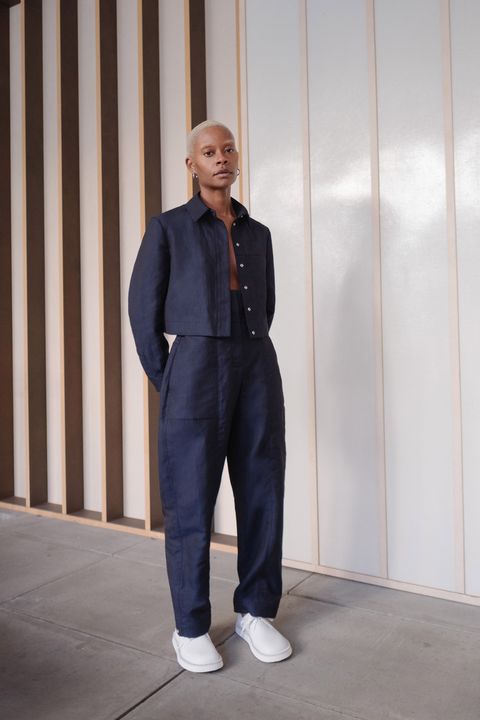 A jumpsuit-meets-suit from Kind Regards.

Shope Delano/Courtesy of the brand

Over the years, designers have promised to simplify working women’s wardrobes via everything from Donna Karan’s modular Seven Easy Pieces to assorted “day-to-night” transitional items. But, says Delano, hers is only a proposition, not a complete solution. “I don’t think I believe in the idea that one garment has to do absolutely everything or can do absolutely everything,” she says. What it does allow for is the kind of shape-shifting the modern work world requires. And while clothing alone can’t give us work-life balance, it is something Delano herself is hoping to achieve. Rather than jumping on the seasonal treadmill, she plans to drop product a reasonable four times per year. Here’s to opting out of fashion’s frantic rat race.