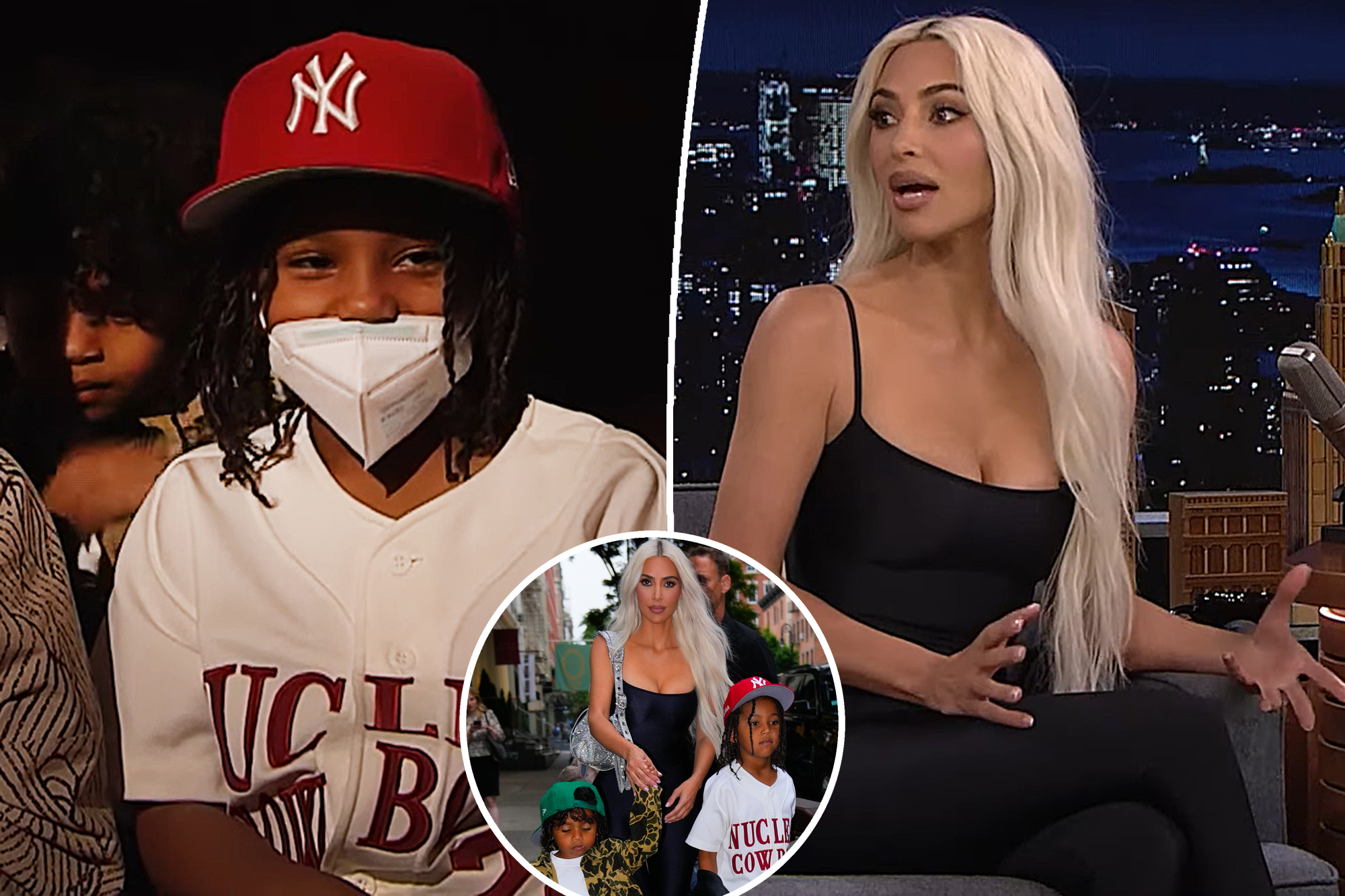 Kardashian turned to Saint, 6, and Psalm, 3, and asked, “Guys, can you stop? This is, like, your first time at work with me. Can you please?”

After telling viewers that the little ones were “making so much noise,” the “Keeping Up Withe Kardashians” alum warned the brothers not to “mess this up.”

Psalm was removed from the audience when he continued to be loud, but Saint silently stayed put with his friend Remi.

The tot could be seen giggling behind his face mask when Kardashian gave the talk show host, 47, a mini facial with her Skkn products.

“Saint, am I doing a good job?” the reality star asked, while Fallon jokingly begged the little one for “help.”

Not only did Saint call the social media users watching “weirdos,” but he said that he “hate[d]” them.

“Look what you’re teaching him,” Kardashian said to Saint, who then called Psalm a “good boy.”

Although her daughters were not in attendance, Kardashian gushed about North, 9, and Chicago, 4, later in the interview, calling them both “performers.”

The Skims founder, who shares her children with ex-husband Kanye West, noted that after Chicago’s recent dance recital, the toddler gushed about how much she “loved everyone clapping for” her.

Kardashian went on to describe her eldest child’s “spooky wilderness-themed” birthday party in detail, which involved camping in the woods and doing special effects makeup on mannequin heads.

“I should be concerned,” she joked of North’s bash. “She’s really good at it.”