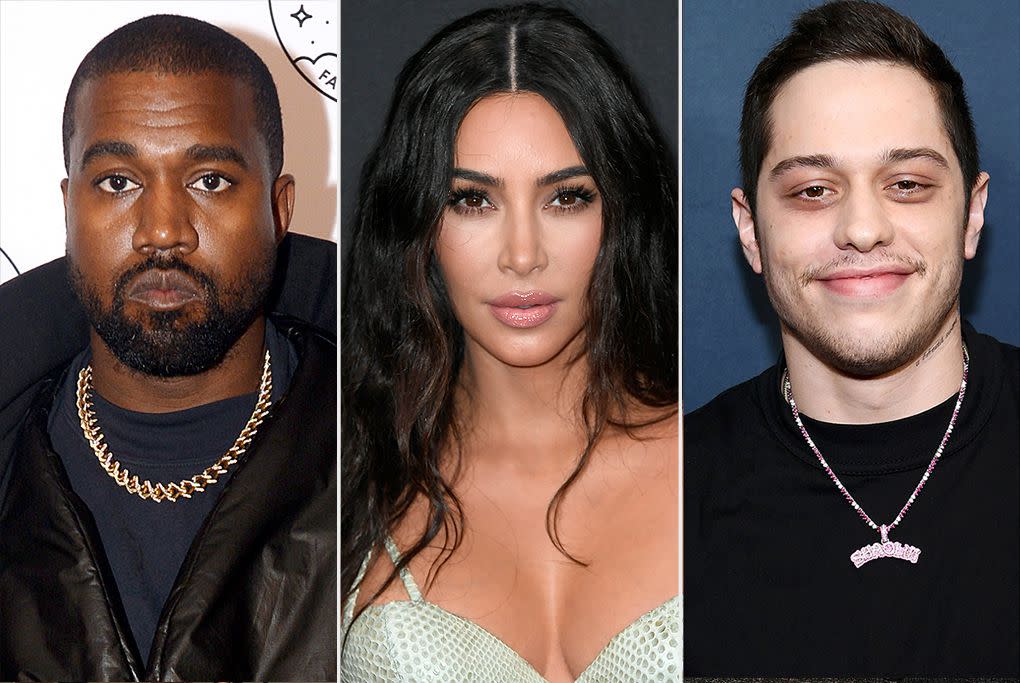 In the video, released Tuesday, the 44-year-old rapper kidnapped, tied up and buried a claymation version of Kardashian’s boyfriend, Pete Davidson. “God saved me from that crash, just so I could beat Pete Davidson’s ass,” West said in the lyrics, calling out the 28-year-old Saturday Night Live star.

The 41-year-old SKIMS mogul is “furious” about West’s music video, a source tells PEOPLE. (West has since pulled the video from his Instagram page.)

“She thinks it’s way too violent and is upset,” the source continues. “She’s really upset with Kanye that he’d do this. She’s completely over all of this and she wants it to stop.”

Previously, West vocalized his disapproval of their eldest child North having a TikTok “against [his] will.” The source tells PEOPLE that Kardashian “doesn’t understand how Kanye can get upset about North being on TikTok yet he can put out these kinds of videos. It makes no sense to her.”

The source adds, “Kim’s No. 1 concern right now is making sure that her children are protected from the situation because everything plays out in the public eye and that’s very difficult when there are children involved. She is very angry about the violence and she just feels that it’s inappropriate and wrong.”

Kardashian filed for divorce in February 2021 and a judge declared her legally single on Wednesday. She began dating Davidson late last year while continuing to co-parent her four children with West.

As Kardashian and Davidson’s romance continues, West has been speaking about his ex’s relationship with Davidson in interviews and on social media. Kardashian recently addressed West’s public outbursts in a Feb. 23 court filing, saying that it “created emotional distress” for her.

“I very much desire to be divorced. I have asked Kanye to keep our divorce private, but he has not done so,” she said in the filing. “Kanye has been putting a lot of misinformation regarding our private family matters and co-parenting on social media which has created emotional distress. I believe that the court terminating our marital status will help Kanye to accept that our marital relationship is over and to move forward on a better path which will assist us in peacefully co-parenting our children.”

West’s legal team later said this was “inadmissible hearsay” and requested her statement “be stricken.”

Previously, West acknowledged how his online behavior “came off as harassing” Kardashian. This came after he shared multiple posts about Kardashian and Davidson on social media one weekend.

“I’ve learned that using all caps makes people feel like I’m screaming at them. I’m working on my communication,” he wrote. “I can benefit from a team of creative professionals, organizers, mobilizers and community leaders. Thank everybody for supporting me.”