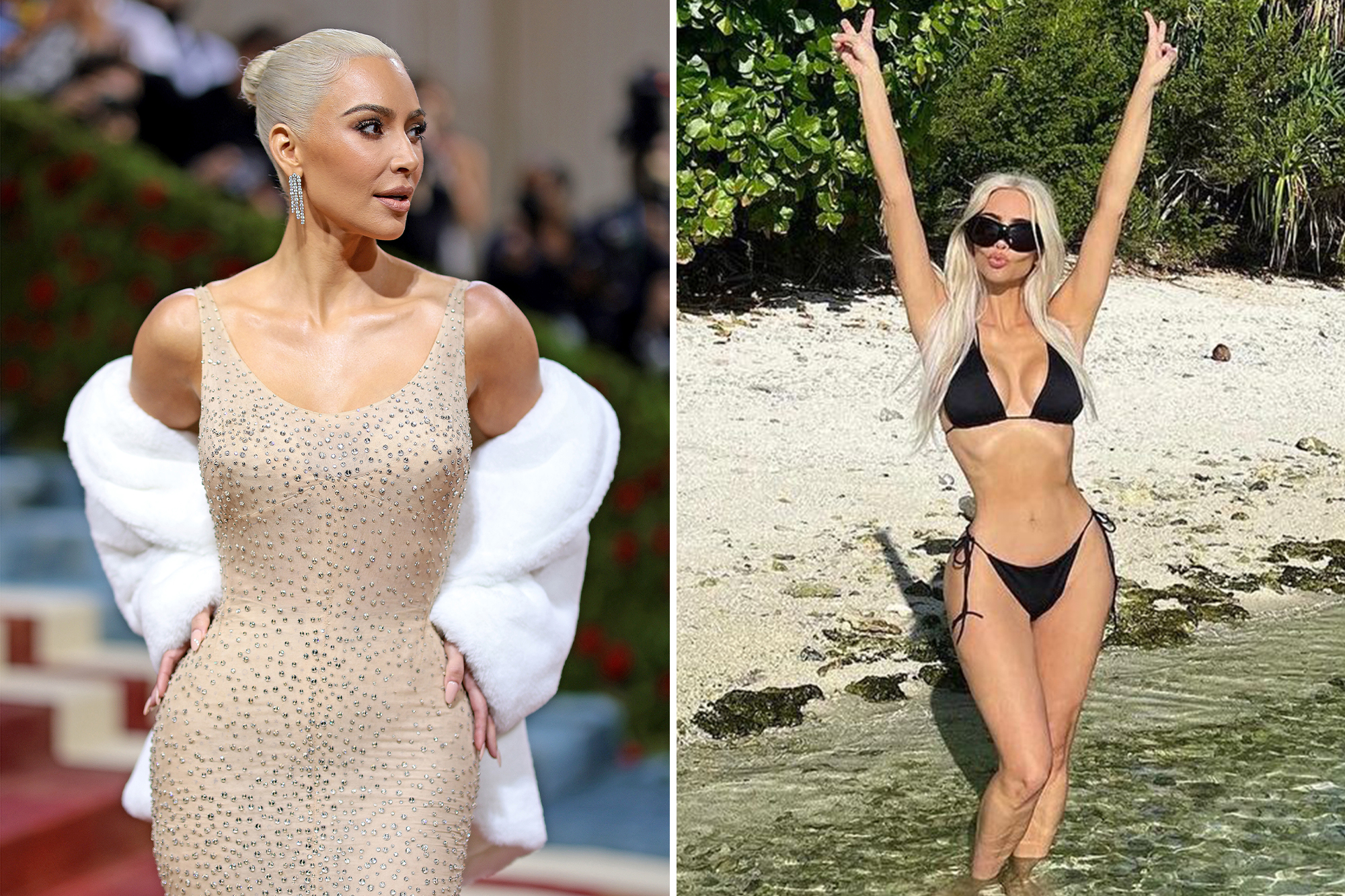 “Kim there’s people that are dying!”

Kim Kardashian, 41, is facing backlash for continuing to discuss her weight loss.

She previously received criticism for touting the fact that she lost 16 pounds in three weeks to fit into Marilyn Monroe’s iconic bedazzled dress.

During an appearance on “Today” this week, the reality TV star shared that she’s now down 21 pounds since before the Met Gala.

“I looked at it like a role. I really wanted to wear this dress. It was really important to me. It actually taught me a lot about my lifestyle and my health and since then, afterwards, I continued to eat really healthy,” the Hulu reality star explained to the “Today” co-anchors Savannah Guthrie and Hoda Kotb.

Kardashian shared that she’s happy with her health transformation but not trying to drop any more weight.

“I have more energy than ever. I cut out so much sugar. A lot of junk food I was eating. I didn’t even realize it. A lot of fried foods. And I completely changed my lifestyle,” she explained.

Kardashian had previously said she cut out sugar and carbs for “almost a month” but was slammed by some, like actress Lili Reinhart, who claimed that it is “disgusting” for celebrities to admit to “starving” themselves considering their large influence.

While Kardashian has been trying to calm her haters by comparing her transformation to the work of actors such as Christian Bale and claiming that she simply began eating healthier, her critics are not satisfied.

“I wasn’t saying, ‘Hey everyone, why don’t you go lose this weight in a short period of time?’” Kardashian said. “To me it was like, ‘OK, Christian Bale can do it for a movie role and that is acceptable.’ Even Renée Zellweger gained weight for a role. It’s all the same to me.”

“As someone who had an eating disorder for most of my life and my body dysmorphia ruining my life till this day, I think this family needs serious help,” Twitter user @barbscass tweeted in response to a headline touting Kardashian’s continued weight loss.

“Literally? Like losing 21lbs in two months is not healthy or sustainable,” she continued.

@LeciaMichelle11 wrote: “I wish people would stop reporting on Kim Kardashian’s weight loss and ignoring the fact that she’s augmented pretty much every part of her body to the point where she barely looks human.”

“I hate Kim Kardashian even more for promoting her f–king restrictive diet and thinking there’s nothing wrong with it. If you look her up the first thing that pops up is ‘weight loss diet’ and it’s terrifying,” @ddollfacedd said.

“Stop giving people like her platform and visibility to spread such toxic lifestyles!” @castamere24 begged.

In the United States, an estimated 5 to 10 million women suffer from eating disorders, according to the University of Arkansas for Medical Sciences. The Dove Global Girls Beauty and Confidence Report found that nearly half of girls with low self-esteem say they try their best to look like models and celebrities.

Kardashian’s personal trainer stepped in to defend his client, claiming that the star’s quick weight loss was done in a “healthy way” and Kardashian herself continues to double down on the disputed claim.

Kardashian also shared on “Today” that she was only in the iconic dress for about 3 minutes while walking on the carpet. She said she wore a robe to the Met, where she changed at the bottom and top of the stairs.

The star has been facing lots of criticism for wearing the historic dress that many have declared should be in a museum. Some have even claimed that Kardashian damaged the dress in the short time she wore it, escalating the fury.

Despite the flurry of criticisms that have persisted nearly two months after the Met Gala, Kardashian continues to forge on ahead.