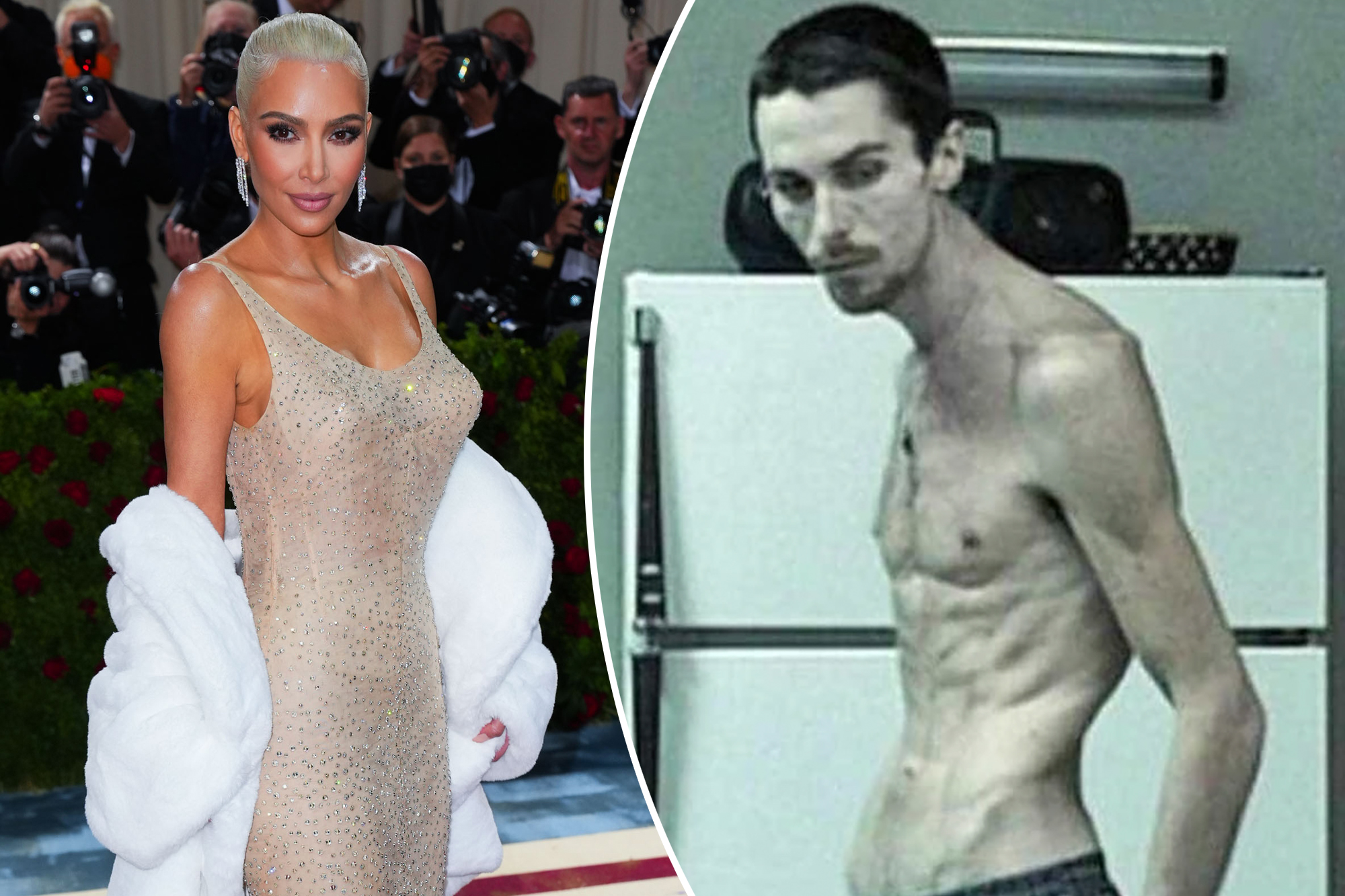 Kim Kardashian doubled down on her controversial decision to lose 16 pounds in three weeks to squeeze into Marilyn Monroe’s gown for the 2022 Met Gala.

“To me it was like, ‘OK, Christian Bale can do it for a movie role and that is acceptable.’ Even Renée Zellweger gained weight for a role. It’s all the same to me,” the reality star told the New York Times in a story published Wednesday.

Kardashian, 41, was referring to the extreme diets that Bale, 48, infamously went on for his roles in movies including 2004’s “The Machinist” and 2013’s “American Hustle,” which saw him lose 62 pounds and gain 43 pounds, respectively.

“I wasn’t saying, ‘Hey everyone, why don’t you go lose this weight in a short period of time?’” the Skims founder argued.

Kardashian insisted she “didn’t do anything unhealthy” to fit into Monroe’s iconic dress.

“I just simply couldn’t have gone, which wouldn’t have mattered,” she said when asked what would happen if she did not lose the weight. “It was just important to me to reach that goal.”

The “Kardashians” star’s confession initially turned some fans’ heads, but her personal trainer explained that she lost the weight in a “healthy way.”

“I think one of the misconceptions is — she works really hard. I was there through the process, and it wasn’t like a starving yourself type of thing,” Don Brooks, aka Don-A-Matrix, told TMZ shortly after the Met Gala in May.

“She’s been on a real balanced diet, and at times she wouldn’t eat as much, but then the second thing was she went to the gym and put the work in.”

In videos shared by Ripley’s Believe It or Not! in Orlando, Fla., which lent Kardashian the dress, she was seen struggling to get the gown over her derriére in a final fitting.

The dress, which Monroe famously wore in 1962 to sing “Happy Birthday” to President John F. Kennedy, eventually made its way up Kardashian’s backside, but she apparently could not zip it up all the way, so she wore a white vintage fur coat to cover that area on the red carpet. She changed into a replica later in the evening.

Following the glitzy event, the “Keeping Up With the Kardashians” alum treated herself to pizza and doughnuts in her own version of an afterparty.