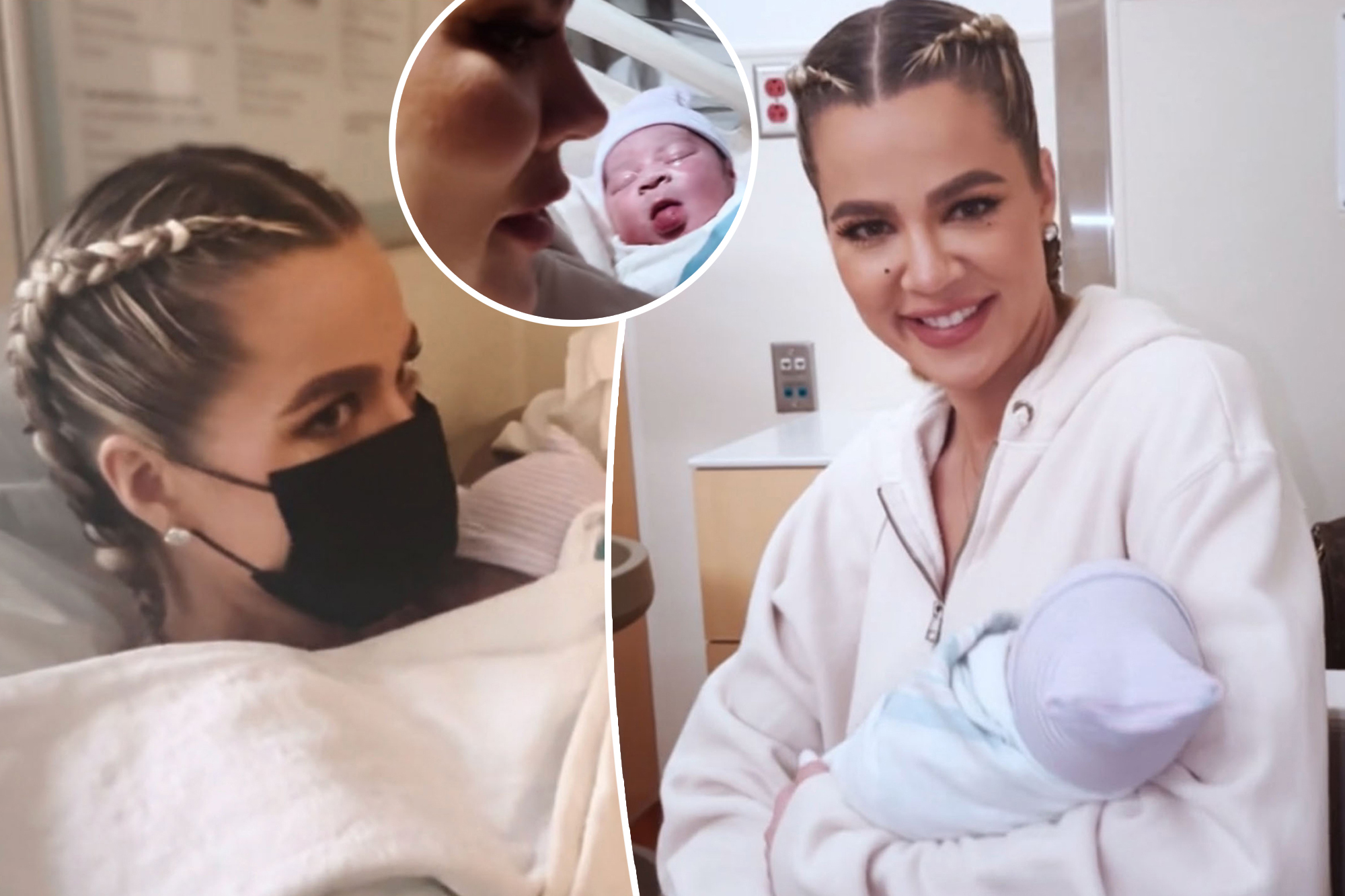 Khloé Kardashian and Tristan Thompson’s baby boy made an adorable appearance on the Season 2 premiere of “The Kardashians.”

Kim Kardashian joined her sister, 38, in the hospital on Thursday’s episode, alongside her and Thompson’s surrogate.

“Oh, my gosh, he looks just like True!” the KKW Beauty creator, 41, squealed from behind the camera as he arrived, referencing Khloé’s 4-year-old daughter.

Thompson, notably, was not in attendance at the July birth.

When the crying little one was placed in Khloé’s arms, she patted his back and stroked his head.

She went on to FaceTime True, who requested to see her sibling.

“Hi, Snowy,” the toddler said before Khloé clarified that “his name is not Snowy.”

The Good American co-creator later hinted at her son’s name, telling Kris Jenner that the first letter of his moniker starts with a T.

“I’m so grateful,” Khloé gushed of her second child in a confessional. “It’s such a beautiful gift that we’re able to have.

“Ever since December, it’s been this dark cloud looming over me every single day,” she continued, referencing Thompson cheating on her last year and conceiving a baby with Maralee Nichols.

The “Celebrity Apprentice” alum noted that she had been “feeling depressed and sad,” saying, “Now that my son is here, I get to move on and I get to enjoy. It’s almost like I get to close that chapter and be done with this trauma and put it behind me.”

Khloé shared her joy in “finally get[ting] to start the healing process and … start enjoying life with two kids.”

Kim, who gave her nephew his “first kiss,” called him perfect and reiterated that he “looks like True,” while Kylie Jenner gushed over the phone about her son having a “forever friend” in his cousin.

Khloé, for her part, noted that “he has lots of hair.”

Later in the episode, Thompson joined the mother-son pair in the hospital, which Khloé was initially “on the fence” about.

“Tristan wants to be here so I figured, why not,” she explained. “Let him come. He’ll never get this moment back.”

The on-again, off-again couple began dating in 2016 and have been rocked by multiple cheating scandals over the years.

In April, Khloé confirmed that Thompson is “not the guy” for her. Although she moved on with a private equity investor, the romance fizzled out over the summer.