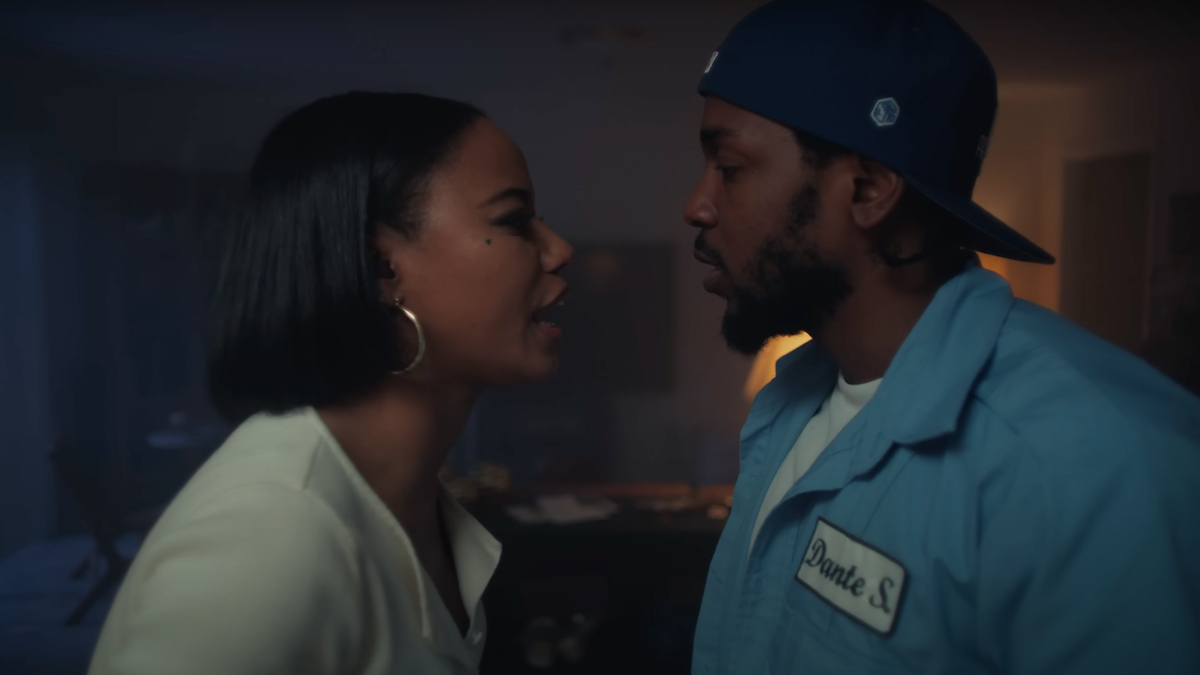 Tensions are very, very high in We Cry Together, a new short film from Kendrick Lamar. Based on the track from the same name off his recent album Mr. Morale & the Big Steppers, the clip is a rap-meets-skit that stars Lamar and actress Taylour Paige as a couple whose regular fight blows out of control into a dark debate about the intersection of gender roles, Blackness, and culture.

Filmed in a single five-minute take with live vocals, We Cry Together begins like a typical romantic drama: “I’m tired of these emotional ass, ungrateful ass bitches/ Unstable ass, confrontational ass dumb bitches,” Lamar spits over the track’s jazzy beat. “We could go our separate ways right now/ You could move on with your life, I swear to God.” Then, Paige comes in horns blaring: “You love a pity party, I won’t show up/ Always act like your shit don’t stink, motherfucker, grow up!”

Over the course of the short film, Lamar and Paige feud over the nuances of their characters’ relationship. But before too long, things take a much deeper turn: “See, you the reason why strong women fucked up/ Why they say it’s a man’s world,” Paige says. “You the reason Harvey Weinstein had to see his conclusion/ You the reason R. Kelly can’t recognize that he’s abusive.”

Then, as We Cry Together ends, the two characters blow off some steam the best — and most NSFW — way they know how. Watch Lamar’s short film below.

Lamar’s  “The Big Steppers Tour” is currently under way through the rest of 2022; if you still need tickets, head over to Ticketmaster. It’s been pretty eventful so far already: He moved a Houston security guard to tears during one show, and then at another in Detroit, he shouted out a young fan also named Kendrick. He also recently discussed his reclusive habits in a rare interview.