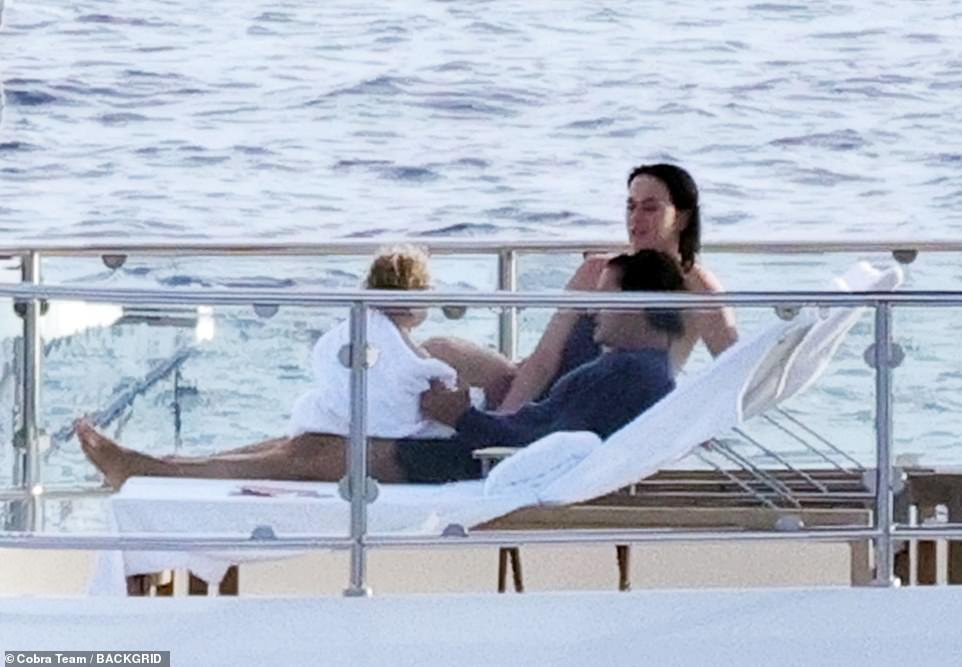 They are spending their family summer holiday off the Amalfi Coast on a luxury yacht.

And Katy Perry and Orlando Bloom were seen kicking back on the deck of their lavish vessel on Wednesday, as they spent time with their daughter Daisy Dove, who will turn two this week.

The pop singer, 37, looked incredible in a plunging black polka dot bikini as she soaked up the sun and enjoyed a dip in the sea with her hunky beau, 45, who was spotted wearing a snorkel.

Katy’s dark locks were swept back off her pretty visage into a messy bun and she accessorised her swimwear look with a series of silver necklaces.

The adorable family hung out on the boat’s sundeck as they lounged on sunbeds and chatted together, with little Daisy sat on her dad’s knee.

Their latest holiday comes after Katy gushed that she would ‘of course’ like to have more children with her fiancé Orlando.

Cute: The adorable family hung out on the boat’s sundeck as they lounged on sunbeds and chatted together, with little Daisy sat on her dad’s knee 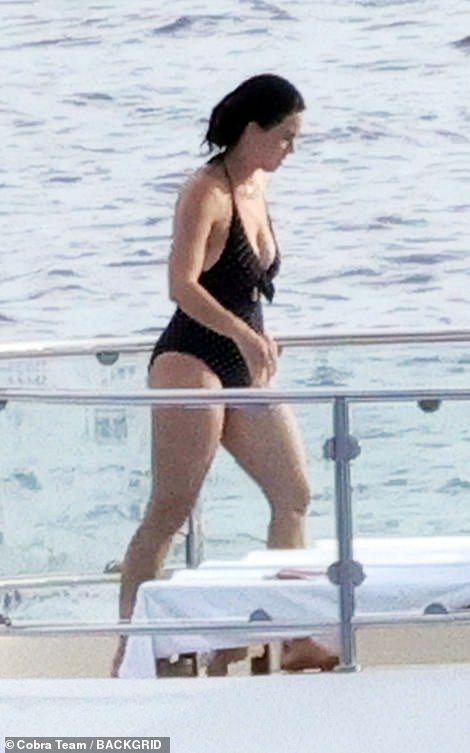 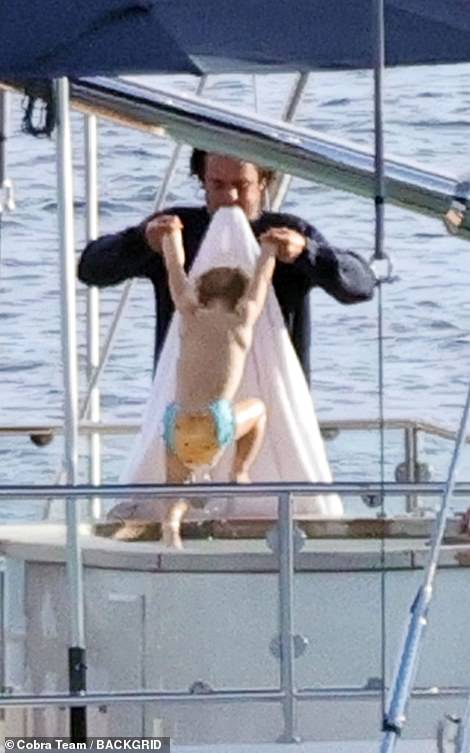 Wahey! As Katy relaxed on board, her daughter Daisy could be seen larking around with her dad Orlando 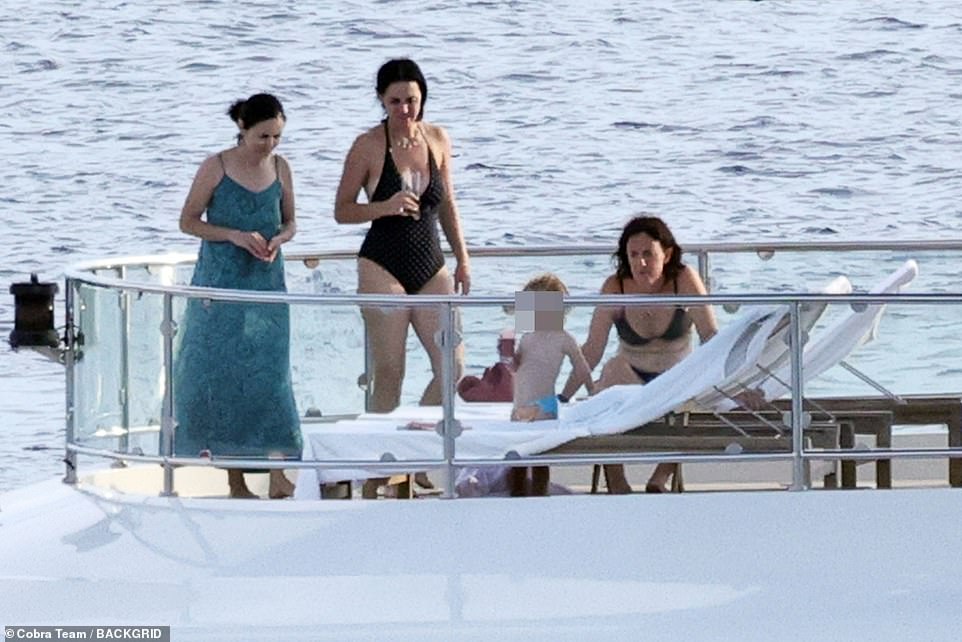 Pals: The singer was joined by a couple of female pals on the trip 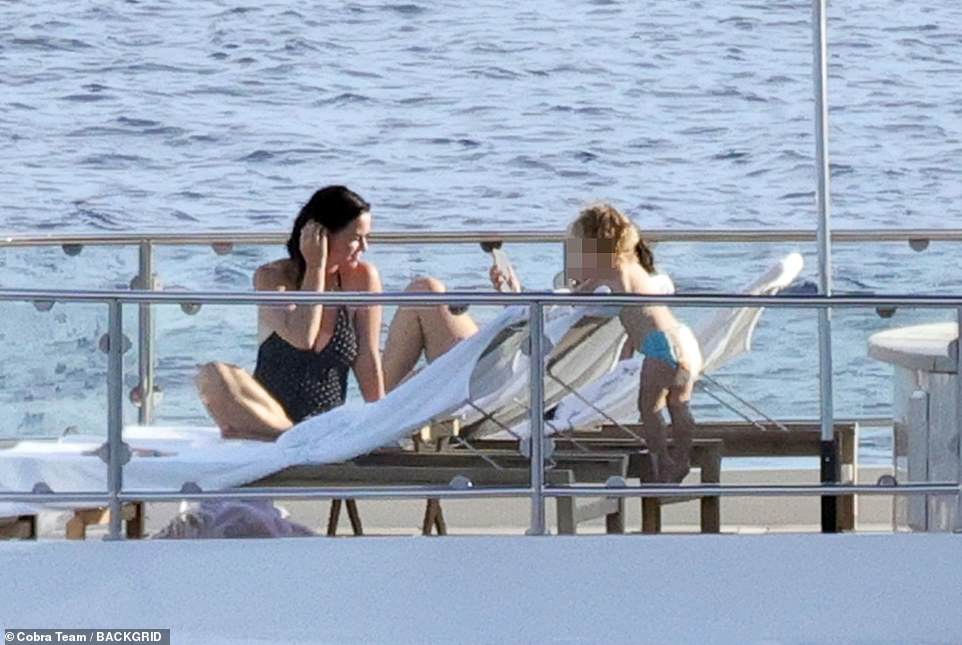 Hanging out: Katy and Orlando were seen with their little girl 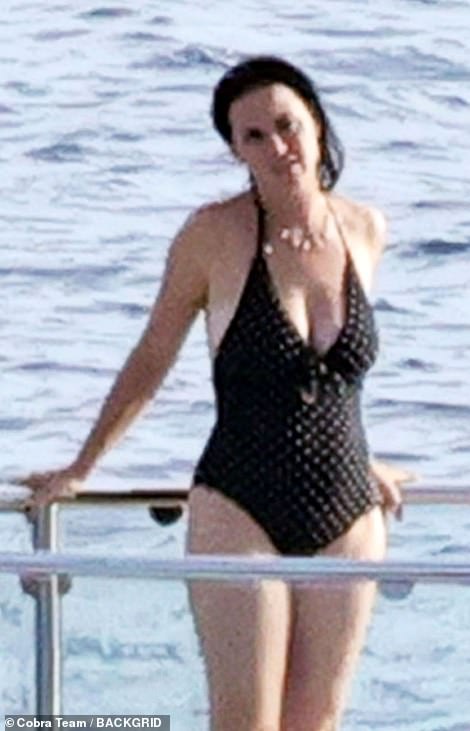 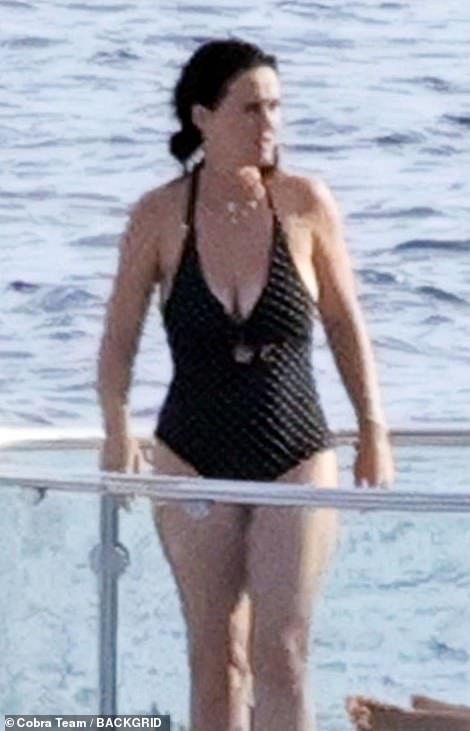 Beach babe! Katy leant against the boat’s railings in one sizzling shot after lounging on the sun deck 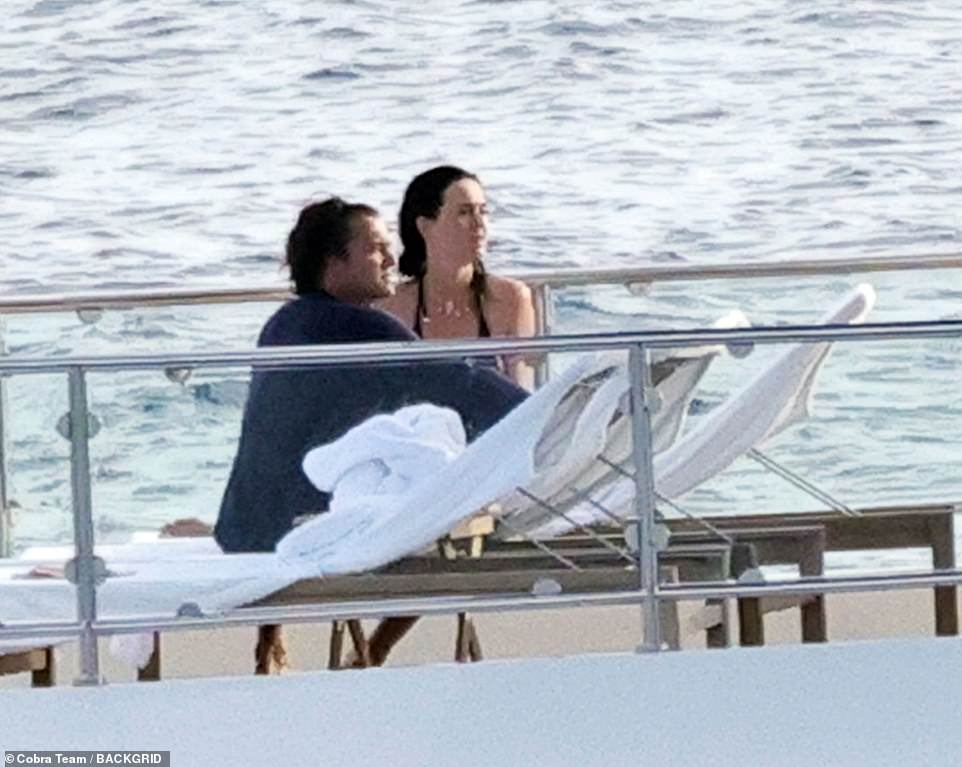 What a couple! The trip comes after Katy admitted she would love to add to their brood 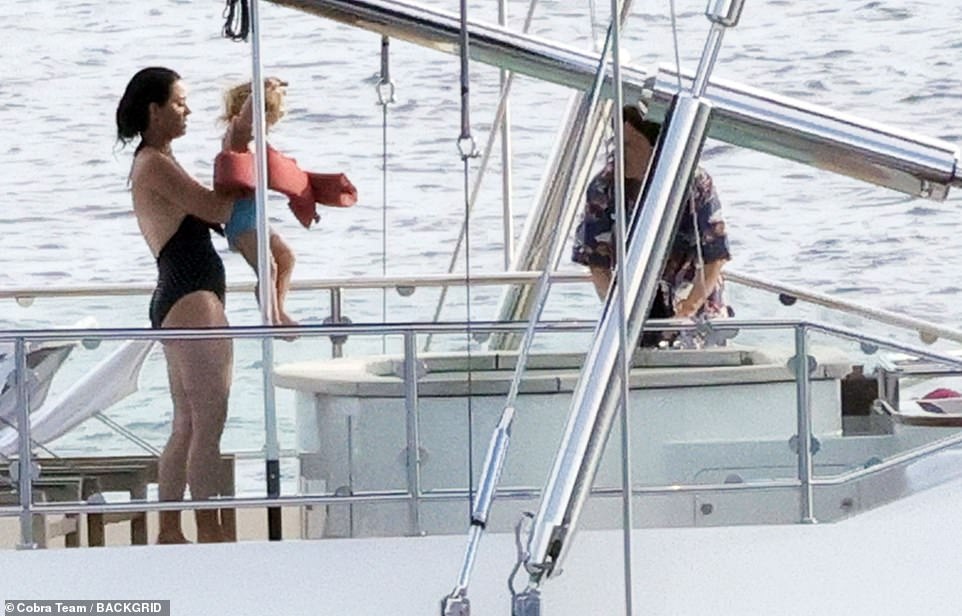 SO cute! She was seen holding her daughter up in the air as they played games together 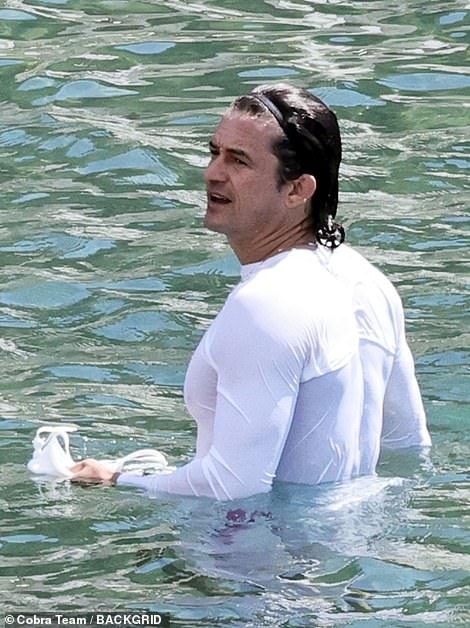 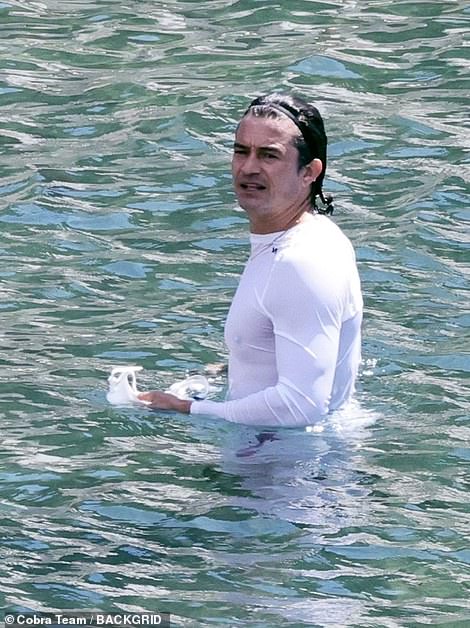 Cooling off: Orlando jumped into the water in his form-fitting rash vest 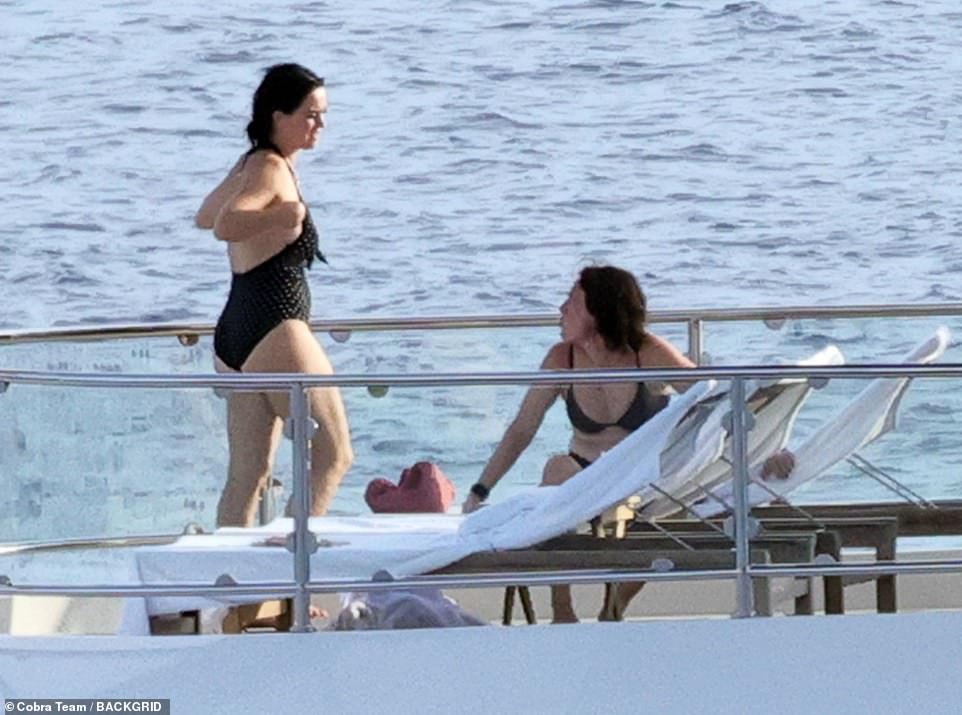 Chilling: Katy and her friend lapped up the rays and warm weather

During the Covid-19 lockdowns, the pair welcomed their firstborn daughter Daisy Dove, who will celebrate her second birthday this week.

And in an interview with People, Katy revealed that ‘hopefully in the future’ they will expand the family. ‘I’m a planner. So we’ll see,’ she said.

Katy looked back on welcoming Daisy, recalling: ‘It was just such an interesting thing having a child during COVID because everything paused besides that. I love the experience I’m having with my daughter now.’ 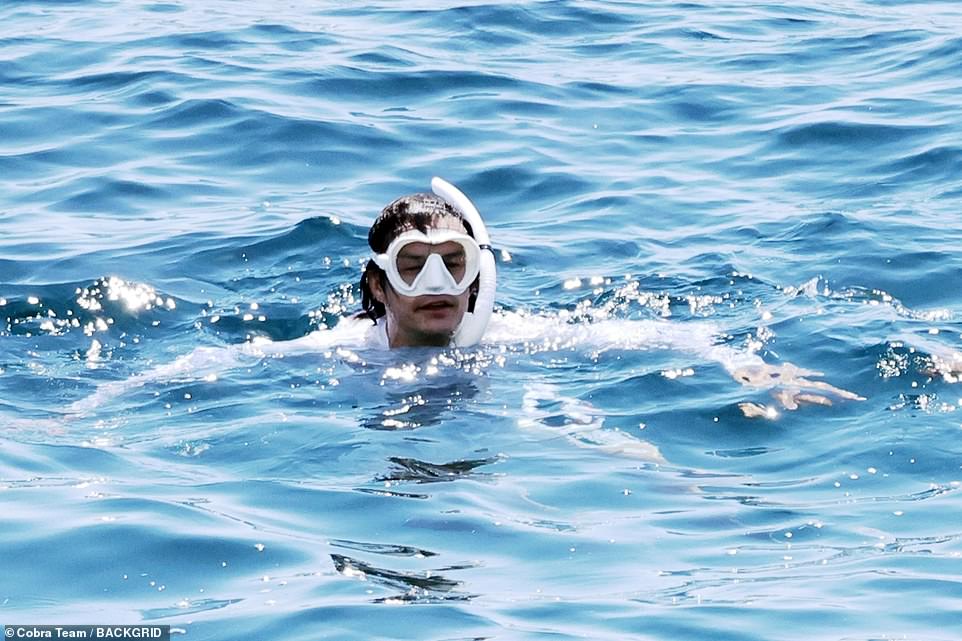 Just keep swimming! Orlando explored the water in a mask and snorkel 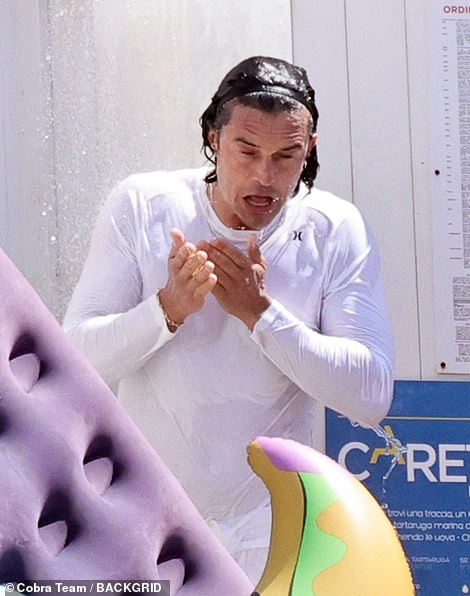 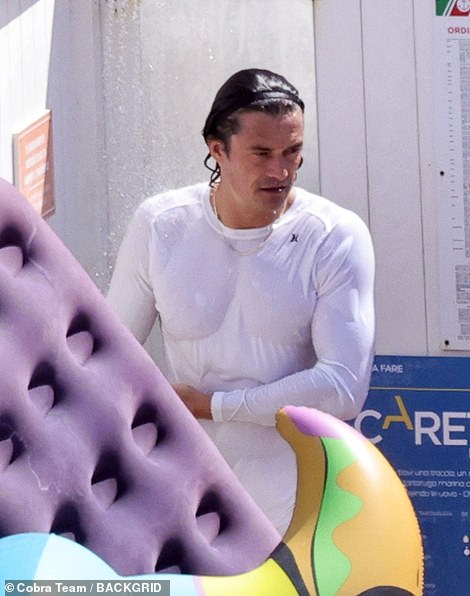 Rinsing off: Orlando rinsed off the salt water with a shower after returning to the boat 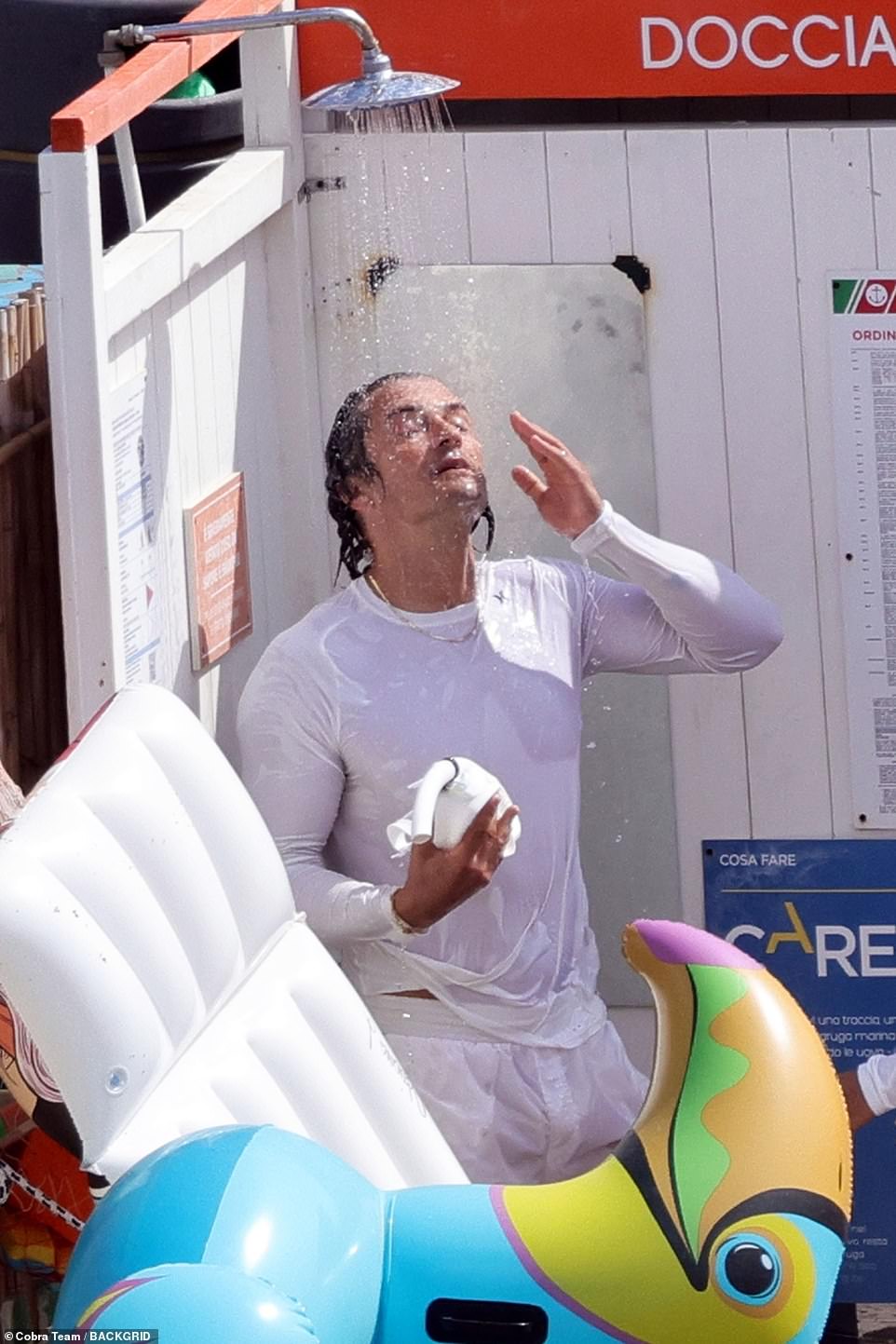 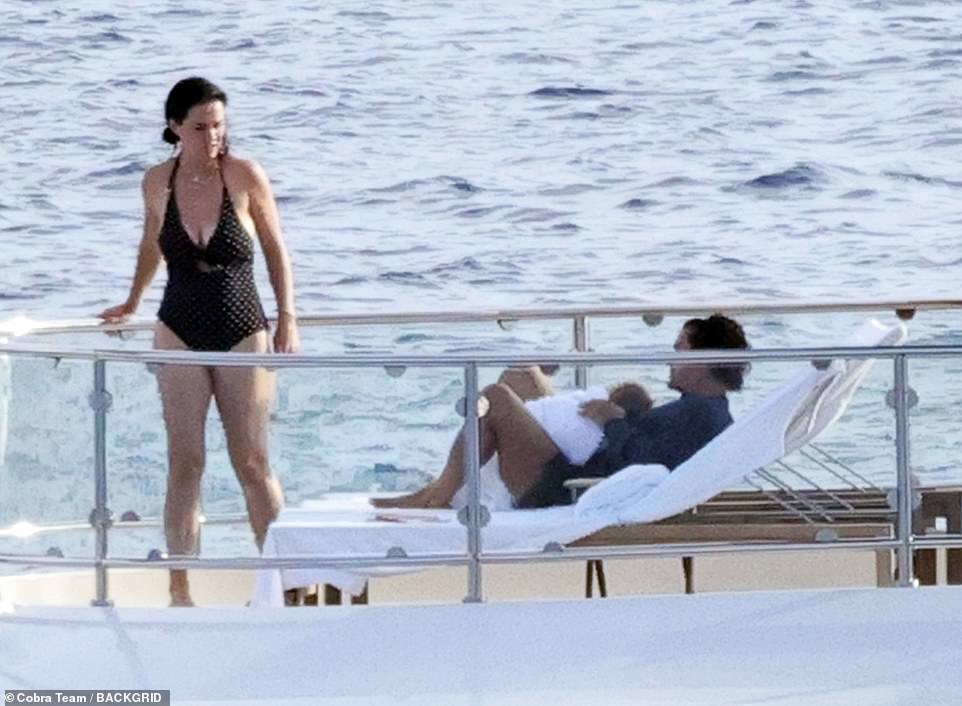 Family time: The couple kicked back with their little one 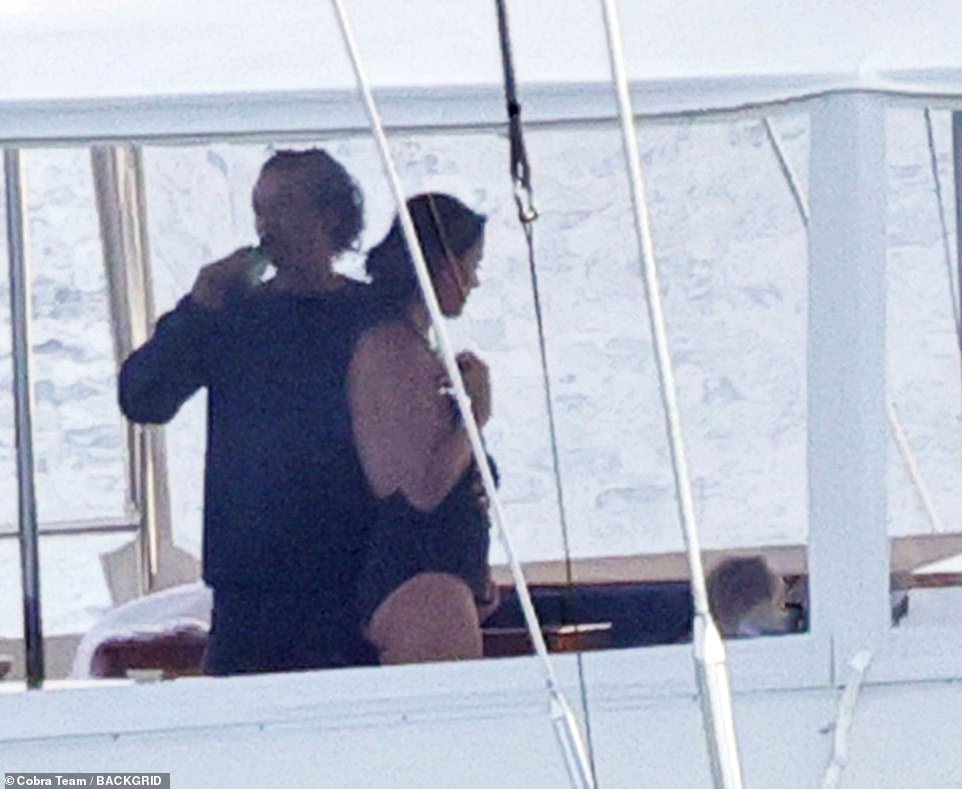 Cute: The couple put on an affectionate display together 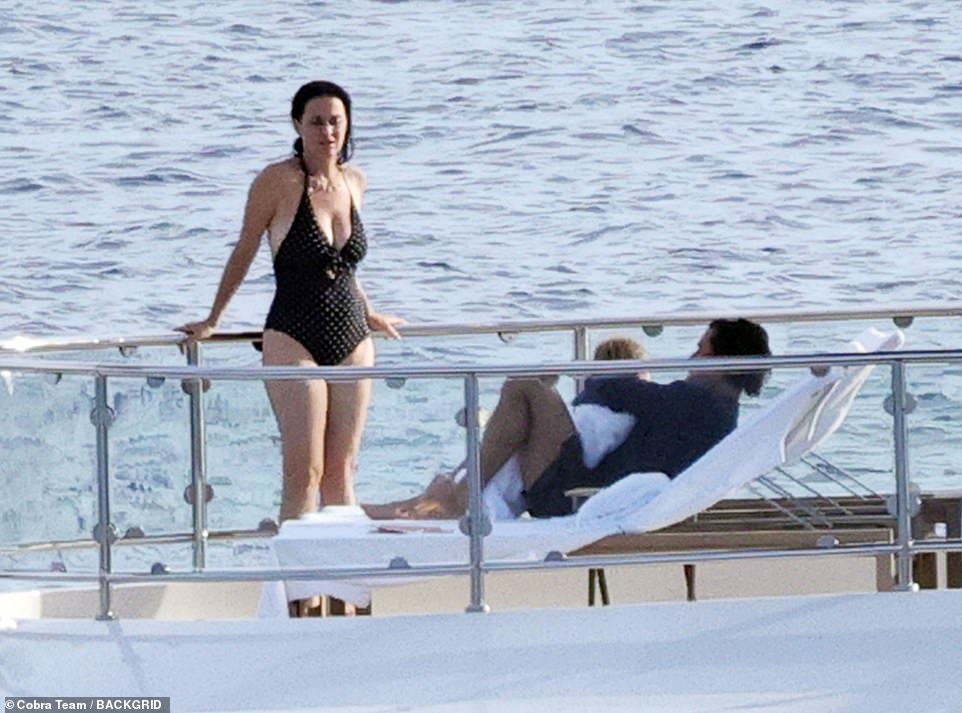 Catching up: The couple were spotted in Positano earlier this week

She and Orlando currently live with their daughter in Montecito, Santa Barbara, and are part of a claque of top celebs in the upscale enclave.

Names ranging from Oprah Winfrey to Ellen DeGeneres to Prince Harry and Meghan Markle have all made their home in Montecito.

Katy and Orlando have been engaged since Valentine’s Day 2019 when he proposed with a ring that was reported to be worth $5 million. 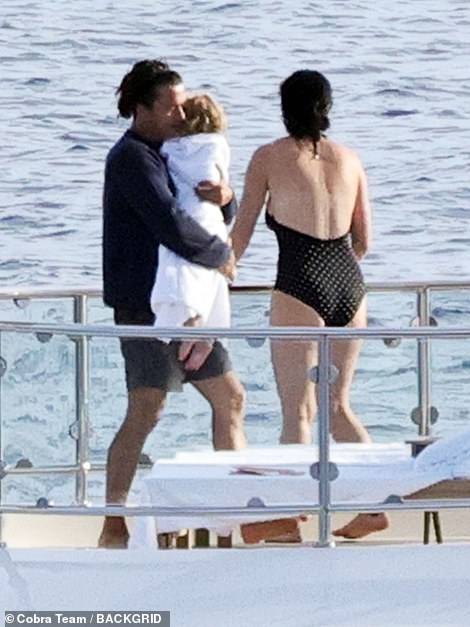 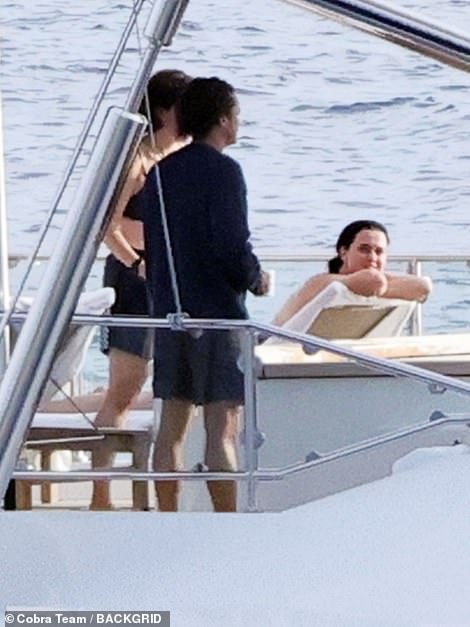 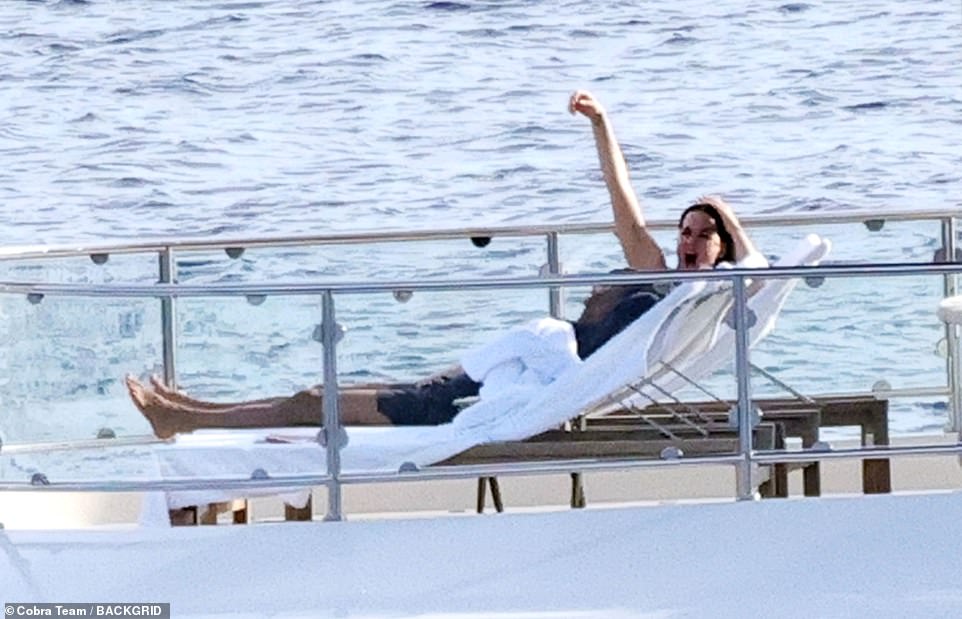 Taking it easy! Katy let out a yawn as she relaxed onboard 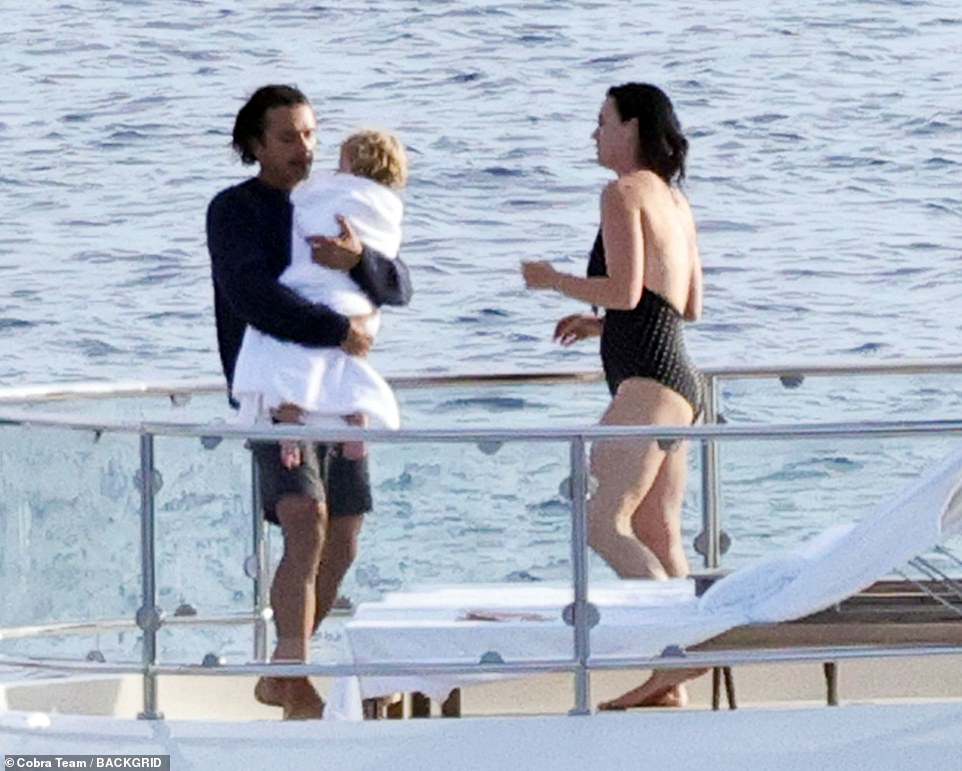 Cosy: Orlando kept Daisy wrapped up in a white towel after their swim

Daisy is Katy’s first child but Orlando shares a son called Flynn, 11, with his ex-wife Miranda Kerr, who is now married to Snap Inc. co-founder and CEO Evan Spiegel.

Meanwhile Katy previously was briefly married to Russell Brand, with whom she had a Hindu wedding in 2010 at a tiger sanctuary in Rajasthan.

They were married for just 14 months before separating in 2011 and she has since told 60 Minutes Australia their relationship was a ‘tornado.’ 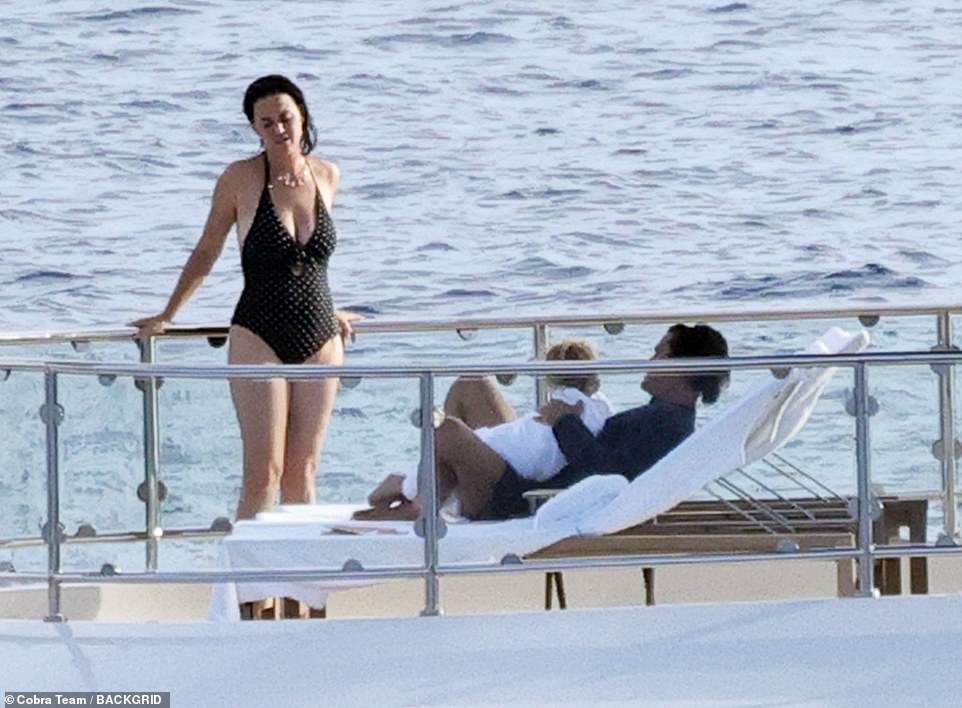 Daddy duties: He kept Daisy entertained while hanging out on the trip 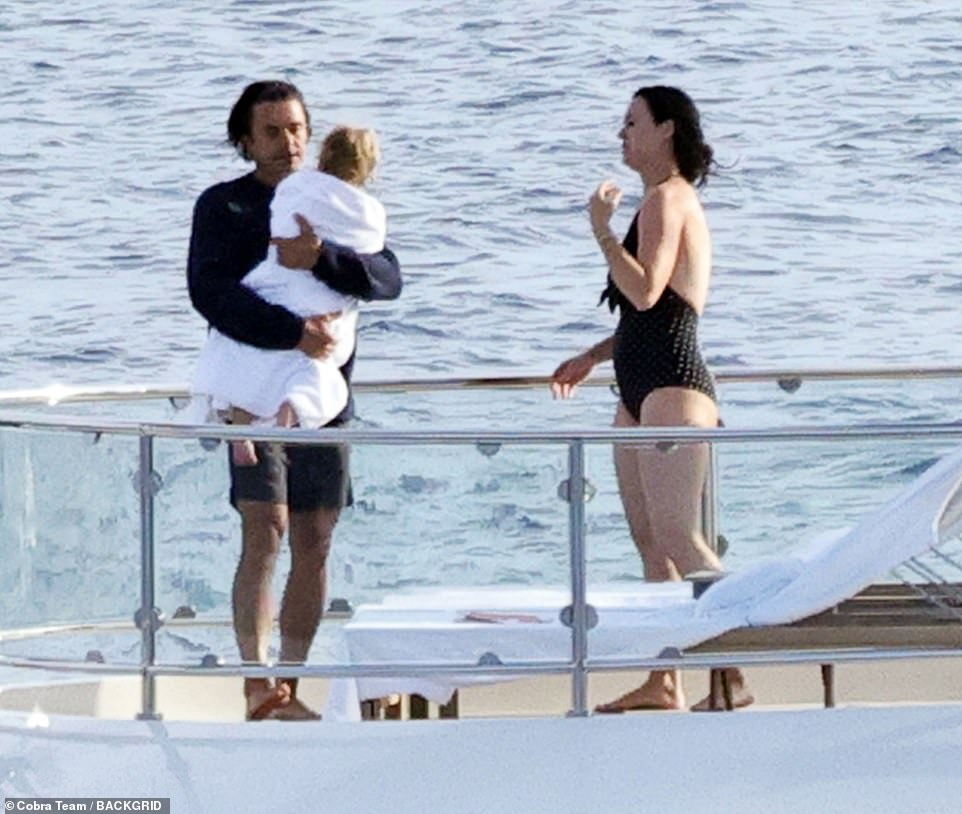 Cute! Orlando was every inch the doting dad as he embraced his little girl 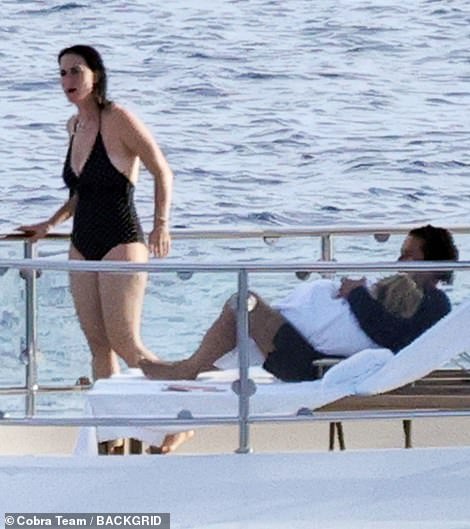 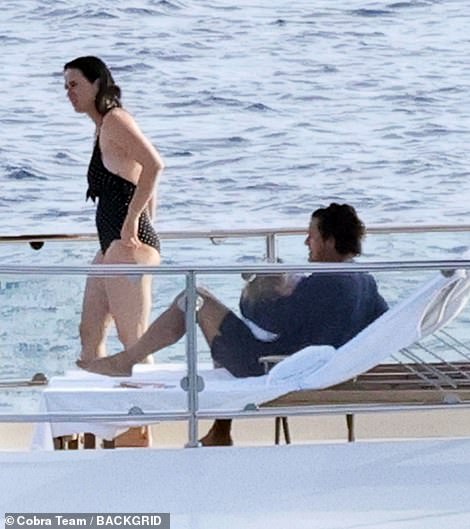 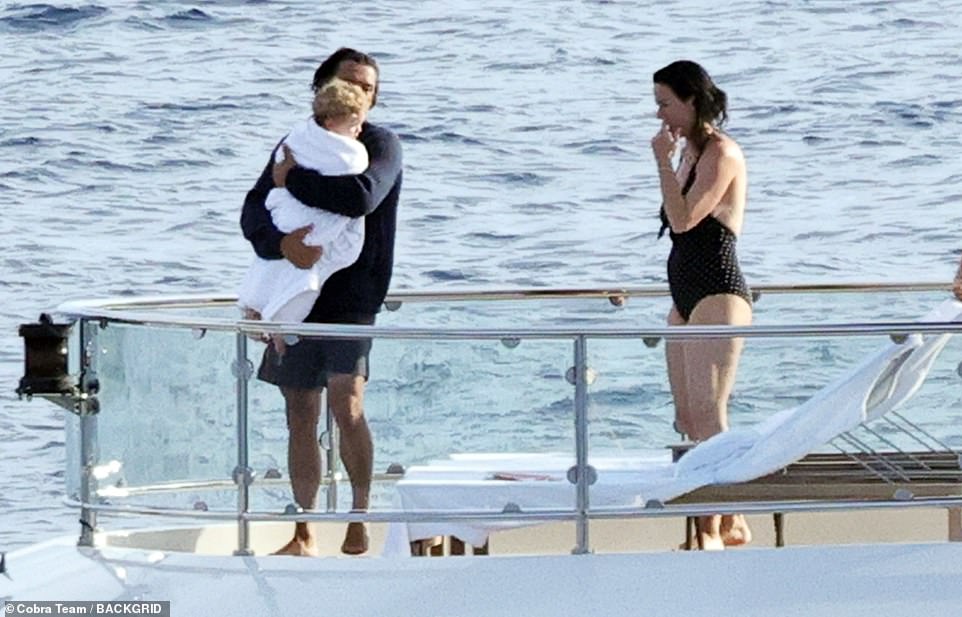 Family time: The couple made the picture perfect family