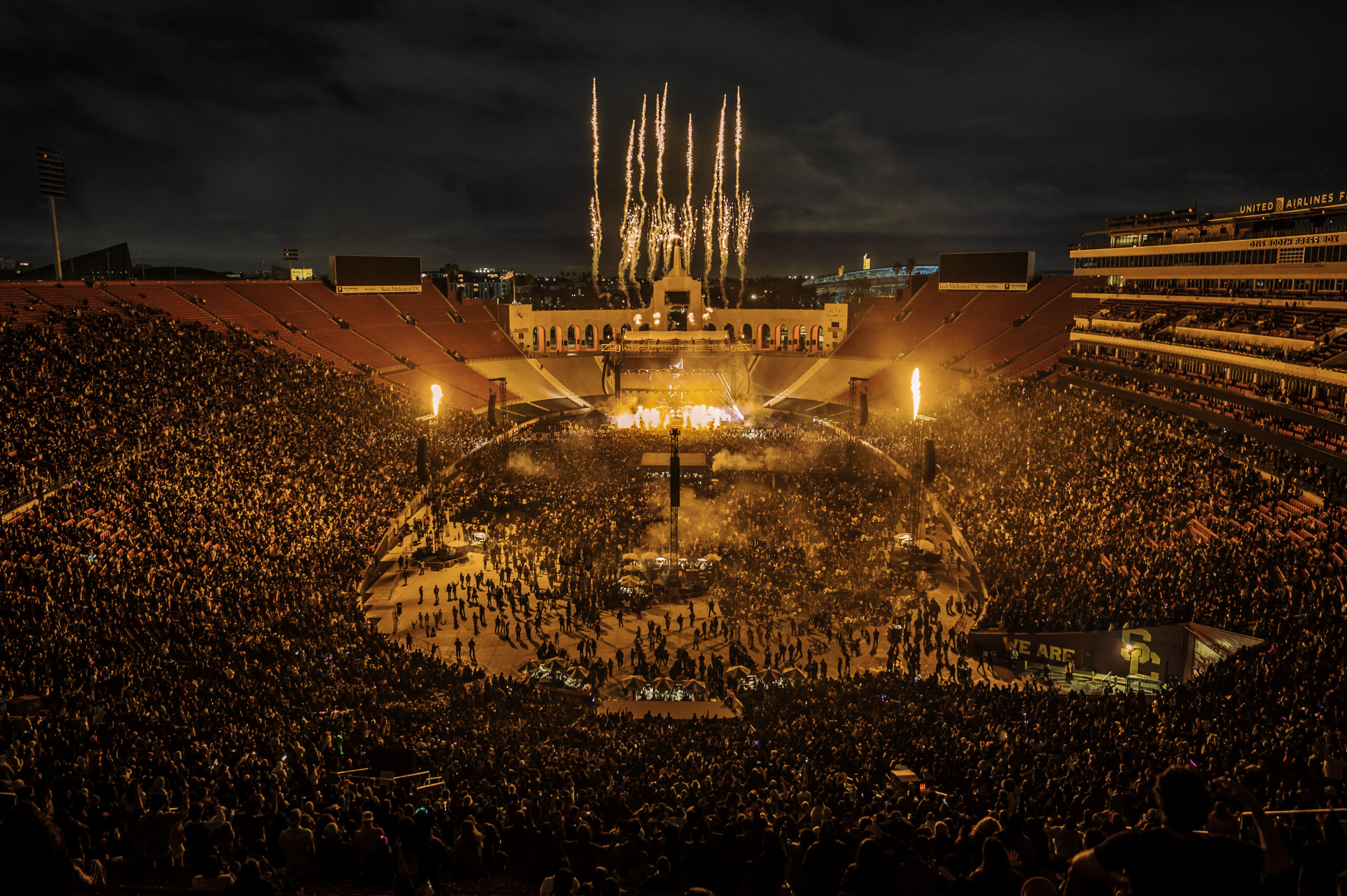 Hearing Kaskade and deadmau5, together, drop “Ghosts ‘N’ Stuff” at the LA Memorial Coliseum twelve years after the last Electric Daisy Carnival there was an incredibly nostalgic moment. But it was not the only thing that made the LA-debut of Kx5 special.

50,000 fans descended into downtown Los Angeles this past Saturday, December 10 for the first ever headlining show at the Los Angeles Memorial Coliseum with electronic music act Kx5. According to Pollstar, the show broke records landing it as the largest single-day concert event headlined by an electronic music artist ever in North America with Billboard confirming Kx5 at the Coliseum as the biggest ticketed global headliner dance event of 2022.

The show faced technical difficulties around an hour into the set as one of the generators for the stage caught fire and power went down plunging the stage into blackness. However, the show was back up and running in around 20 minutes and the venue allowed Kx5 to play past curfew to finish the show.

Over the course of the set, deadmau5 and Kaskade performed on pods that rotated and moved across the stage while fireworks and flames burst overhead. Dazzling crowds, 300 drones flew high above the Coliseum’s iconic torch and supporting arches creating unique formations including a configuration of the state of California and flashing words “Welcome LA,” and song titles “Alive” and “Escape.”

The triumphant live show from Kx5 has them joining a significant roster of musical acts to have headlined the Coliseum including the Rolling Stones, Pink Floyd, U2, Metallica and Prince just to name a few. The show was a prestigious honor as part of the “Coliseum Forever” event series celebrating the 100th anniversary of the venue.

On behalf of @kx5official, @insomniacevents, @LiveNation and the @lacoliseum we want to thank you for joining us for this historical moment in dance music 🏟️ until next time…