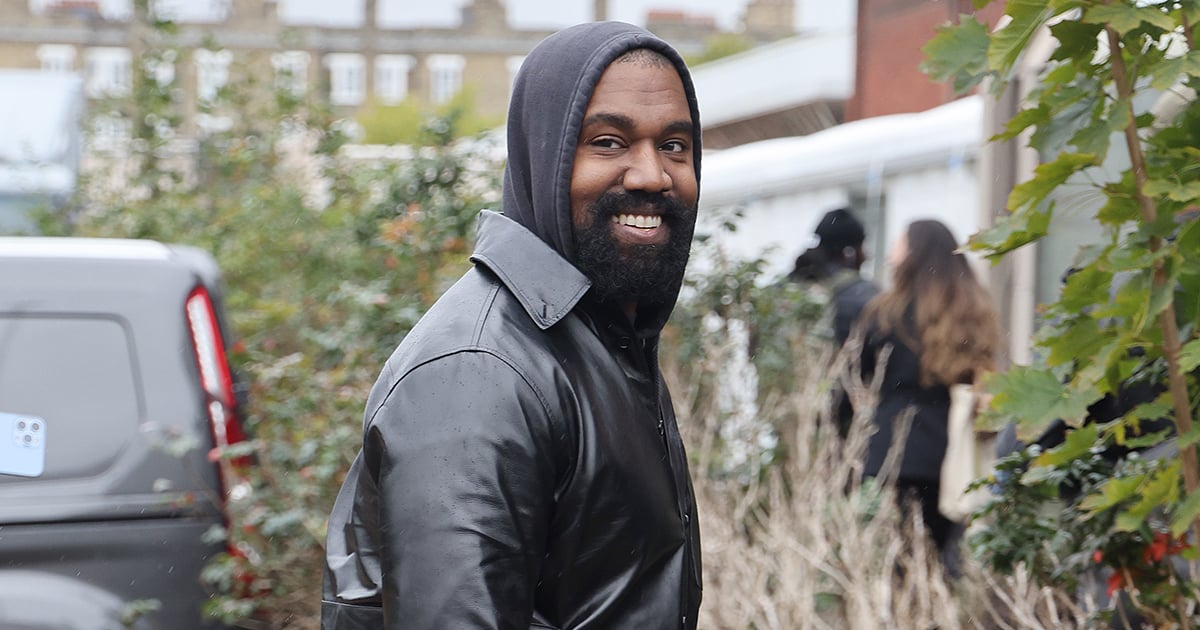 On Sept. 26, Kanye West attended Burberry’s spring/summer 2023 show at London Fashion Week, and as usual, his surprise appearance sparked discussions across social media. While the rapper and fashion designer opted for his signature hoodie-and-leather-jacket combo, he went rogue with his footwear: black socks paired with studded glitter flip-flops.

Presumably wearing pieces from Burberry, West’s black ensemble consisted of leather pants and a matching button-down jacket with sleeves tied around the waist, which he layered over a dark hoodie. In contrast, his slippers looked to be made of foam — yes, like the ones they offer at the nail salon — and lined with silver crystals along the straps.

Inspired by the British seaside, Burberry’s rescheduled runway show welcomed Naomi Campbell, Bella Hadid, Irina Shayk, and more strutting down the catwalk in layered, deconstructed looks mixing both underwear and outerwear. West sat in the star-studded front row alongside celebrities like Stormzy, Erykah Badu, Normani, Lori Harvey, and Chlöe and posed for a photo with Campbell backstage after the show.

It’s certainly not the first time West’s outfits and style choices have sparked confusion among fans and critics alike. Many were not fans of the Yeezy founder’s chunky moon boots, which he wore practically everywhere in recent months, and his full-body mask at the BET Awards in June left many concerned. His latest appearance comes a week following the official termination of West and Gap’s Yeezy partnership, which produced a collection that was reportedly sold out of trash bags in stores.