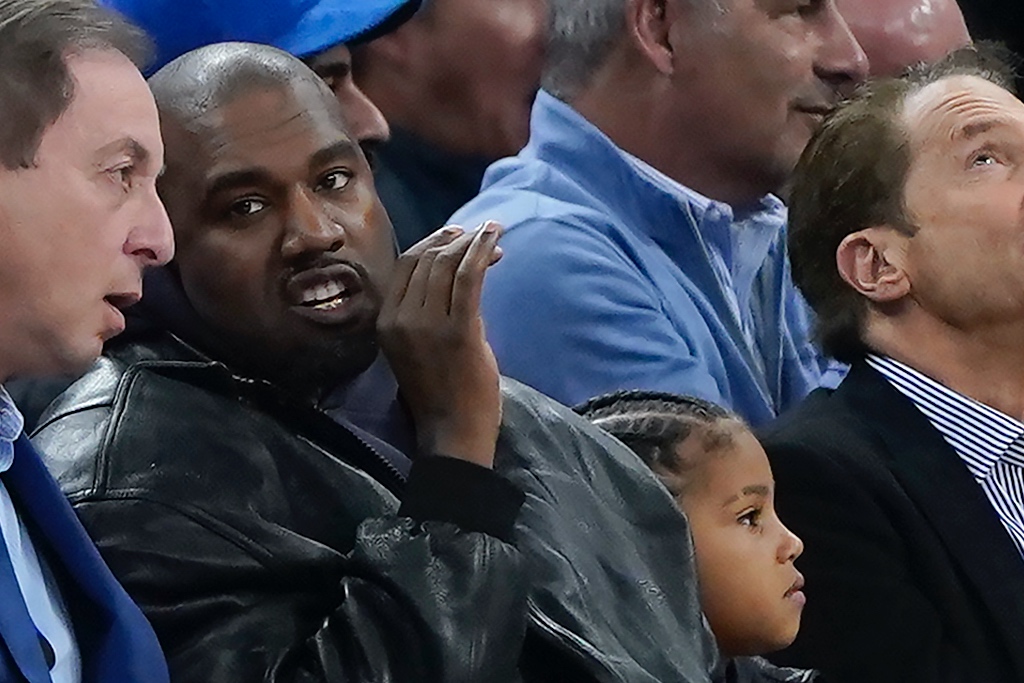 Kanye West brought his sharp style to another basketball game — this time, with son Saint West in tow.

The “Famous” rapper sat courtside with his son and Golden State Warriors owner Joe Lacob at the Golden State Warriors vs. Boston Celtics game in San Francisco. For the occasion, he wore black trousers and a black leather jacket. The set was instantly streamlined from their matching neutral tone, while also fitting into West’s current aesthetic of wearing all-black outfits.

When it came to shoes, West opted for his go-to style as of late: tall black work boots. The star’s latest $190 Cofra pair featured ridged soles, rounded toes and geometric textured uppers, which brought his ensemble a biker-worthy edge. The monochrome style further streamlined his casual look as well—and Saint’s, who appeared to be wearing a miniature version of the same boots.

The boots bore remarkable similarity to West’s now-signature vintage Red Wing boots, which have reigned during his new utilitarian style era. Knee-high black boots from brands like Balenciaga x Crocs and even Black Diamond X2 boots — worn by firefighters while on the job — have also become his go-tos.

When it comes to footwear, West keeps his styles futuristic and utilitarian. The rapper often wears his own sneakers, clogs and boots from his Yeezy line. Aside from his own brand, he’s previously worn Air Jordan sneakers in the past. In recent months, West’s style has shifted to feature work, combat and hunting boots from brands like Dryshod and Viron. Aside from his own Yeezy brand with Adidas, West has also collaborated with Gap and Nike during his career.

Discover West’s shoe style over the years in the gallery.