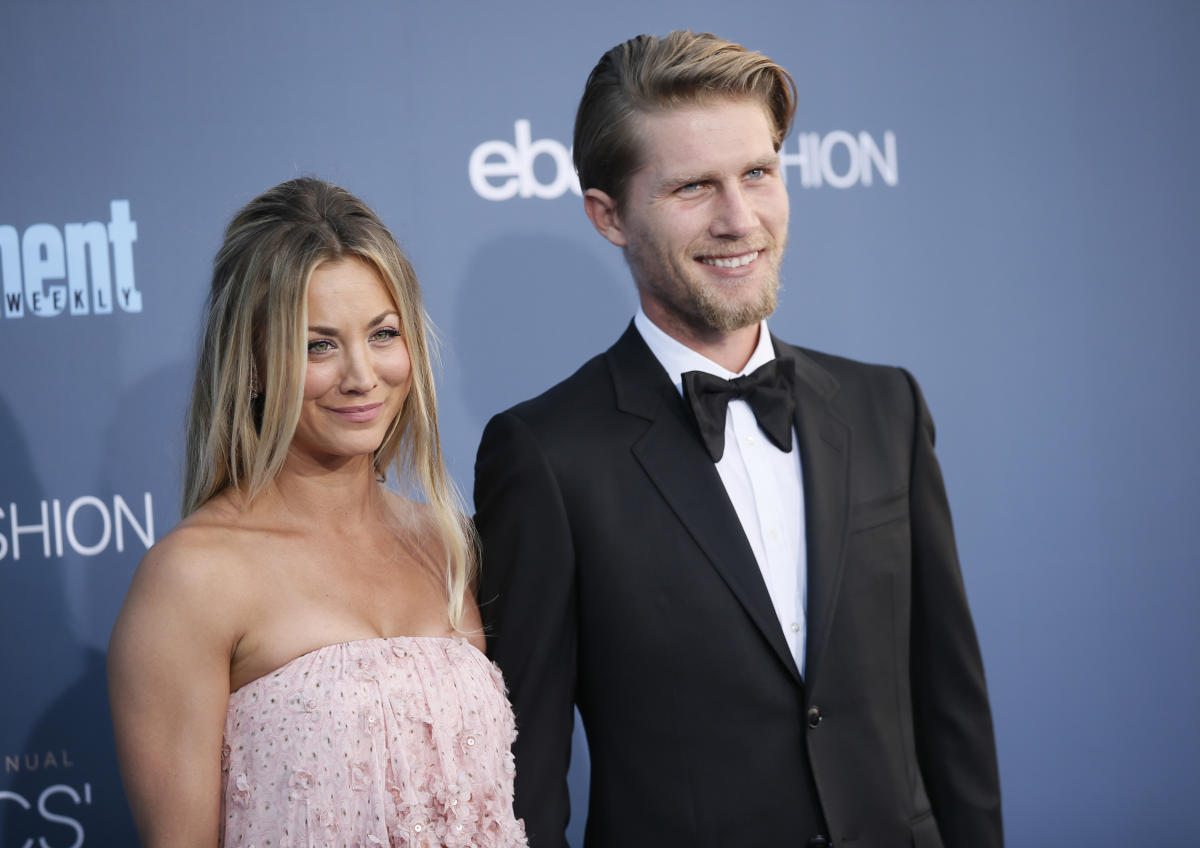 Kaley Cuoco and Karl Cook finalized their divorce nearly nine months after announcing their split. According to documents obtained by Entertainment Tonight, Cuoco became legally single on Monday… which is probably welcome news for her boyfriend, Tom Pelphrey. Cuoco and the Ozark actor, 39, went public on social media last month.

Cook, a professional equestrian, and the 36-year-old Flight Attendant star were married for four years. They announced their split in a joint statement, but declared “there is no anger or animosity.”

“Despite a deep love and respect for one another, we have realized that our current paths have taken us in opposite directions,” they shared. “We have both shared so much of our journey publicly so while we would prefer to keep this aspect of our personal life private, we wanted to be forthcoming in our truth together.”

In an interview for Glamour magazine, Cuoco admitted that being a workaholic has impacted her relationships. (Prior to Cook, she was married to tennis player Ryan Sweeting for 21 months.)

“I do admit to being married to my career. I am,” she explained. “It’s always been my first love. I think that’s a tough one to overcome… things in my life and people sometimes don’t measure up to the feeling I have with my career. And I admit to that holding me back in a way.”

The Big Bang Theory star added, “This last year’s been the most growth I’ve had in my entire life in my 36 years on this planet. And it’s been life-changing for me. My life will never be the same. And I totally feel that. And I see things differently now. Change is good.”

Cuoco vowed to never marry again, but told the magazine she was open to love.

“I love love. I’m not someone that wants to be by myself. I just need to figure out my priorities a little bit and make sure now I know that I need to water that relationship. It’s like a plant. Sometimes I get too focused on the garden instead of the specific plant that needs to be watered. And I am well aware of that. I want to change, I want to be better,” she shared.