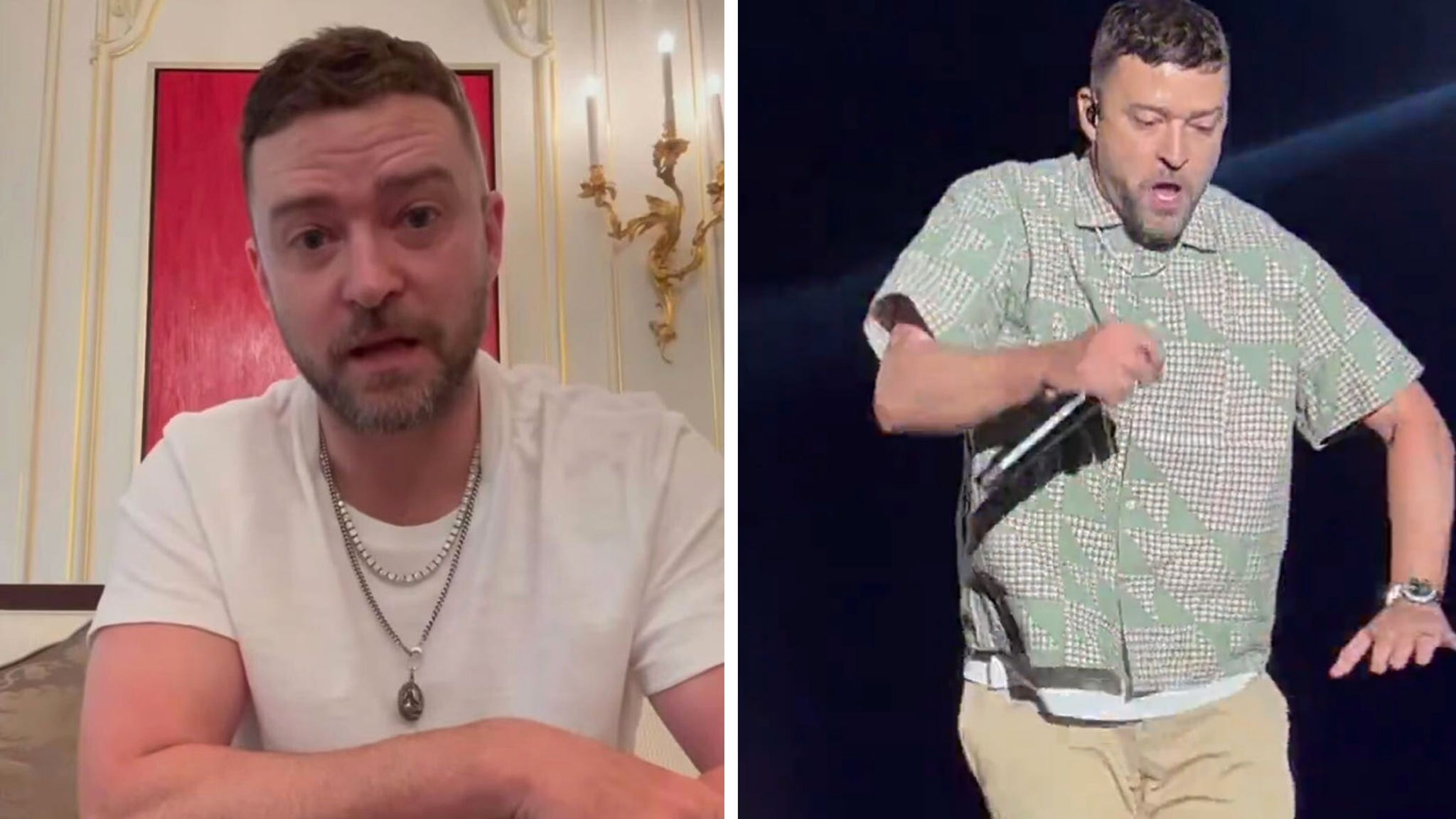 “america tried to ruin Janet Jackson for this man,” read one criticism.

Taking to his Instagram Stories on Wednesday, the former *NSYNC-er apologized for rocking his body in all the wrong ways at the Something in the Water music festival in Washington DC over the weekend.

“D.C., I want to apologize to you for two reasons: here and here,” he said, before pointing the camera down at his two feet. “I had a long talk with both of them, individually, and said, ‘Don’t you ever do that to me again.'”

He added, “Maybe it was the khakis. It was a real khaki vibe” — before vowing to make it up to fans. “I’m gonna focus on these two guys right here and get ’em right,” he continued, before telling viewers, “Love you all.”

Timberlake then shared two TikTok videos mocking his footwork — commenting “Nailed It” on the first.

In another, a young girl was seen copying his moves, with her mother commenting, “She did it better than JT.” Timberlake added his own comment to the video, adding, “I don’t disagree”

Timberlake was attempting the Beat Ya Feet dance movement in DC during his viral moment — but he failed to impress anyone with the routine.

He quickly started to trend on Twitter, as critics unloaded with memes and jokes at his expense. Check out some of the funniest reactions below!

america tried to ruin Janet Jackson for this man pic.twitter.com/OnN5HHFrze

Had to add the squeaking sound 😂 pic.twitter.com/tmQOExnQFK

Did Justin Timberlake just get off work?? Cause the outfit is very much IT specialist #SomethingInTheWater

JT did not just say “beat your feet” and proceed to river dance & skip. Boy if you don’t get your ass off the stage. FOH 😂😂 #SITW

Someone who I thought was my friend sent me the video of Justin Timberlake “beating his feet” in DC.

I kindly ask for privacy during this difficult time. pic.twitter.com/EKw4Lw2fx5