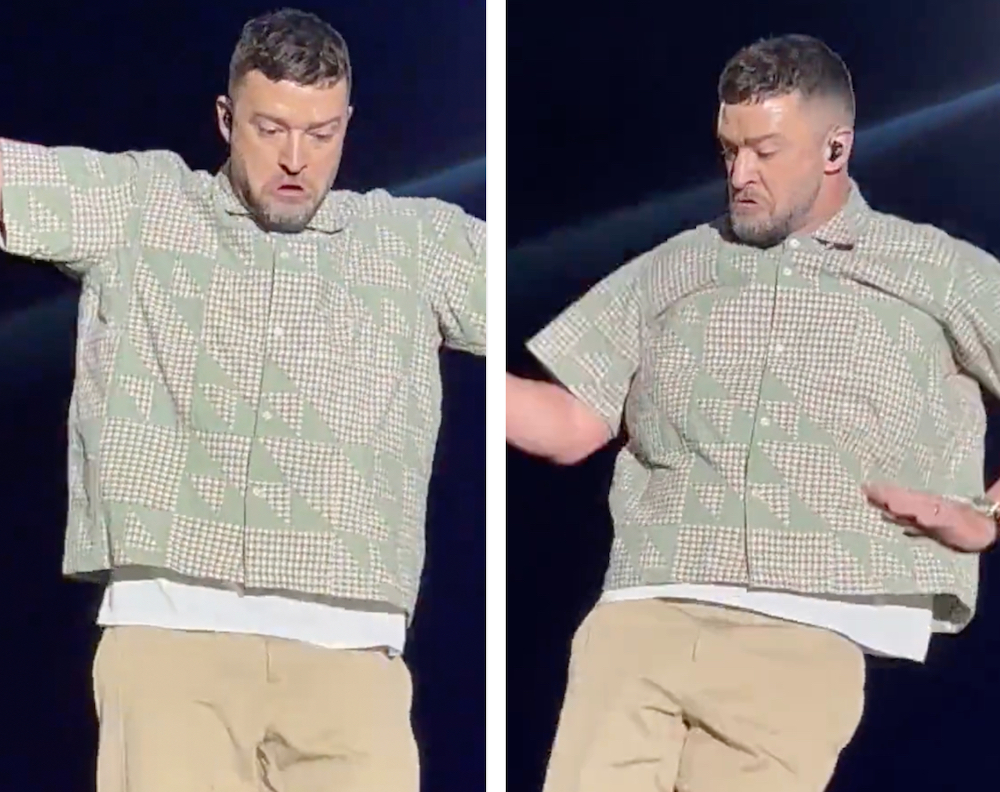 Justin Timberlake has issued an apology for badly botching an attempted Beat Ya Feet dance at Pharrell’s Something In The Water fest, which took place in Washington, DC last weekend. “Beat Ya Feet,” so you know, is a style of dance that came out of go-go music in DC in the early ‘00s. DCist points out that is supposed to look like this. Justin’s version did NOT look like that (comparisons have ranged from “IT specialist” to “dad at Costco”), and the Internet let him know it.

Now, Timberlake has responded, and apologized. On his Instagram Story, Timberlake apologizes to the city of DC and says he’s had a “long talk” with his right and left foot (individually), telling them, “Don’t you ever do that to me again.” Timberlake also surmised that maybe the khakis he wore during the performance were to blame for its overall lameness. “Maybe it was the khakis… I’m gonna focus on these two guys right here, and get ’em right. Love y’all,” he finishes.

Mayor Muriel Bowser, who just won the Democratic primary on Tuesday, is considering a pardon:

When I’m walking around Columbia Heights on a humid night and the summer cockroaches are crawling all over the sidewalk pic.twitter.com/oxK8XekAUu